‘The Year of Needy Girls’ by Patricia A. Smith

‘The Year of Needy Girls’ by Patricia A. Smith 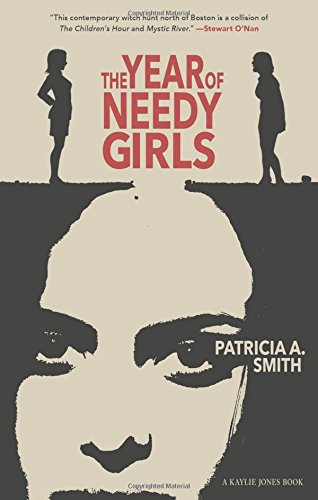 When something bad happens within a community, something terrible and terrifying and especially something unresolved with the perpetrators unknown, fear can express itself in the persecution of whoever is determined to be “the other.” The media sometimes expose these nasty intersections of violence and prejudice and other times they foment them. Political and social studies texts have examined the phenomenon and all its permutations. We’ve all struggled to understand in the hopes of preventing or at least stopping these almost predictable frenzies of hatred. In her novel, The Year of Needy Girls, Smith shows us the power of fiction to fully describe the internal and external forces that set the scene for unfounded accusations.

On the surface, a lesbian couple is doing well. One is a beloved teacher in a private school, the other is a dedicated librarian, and they’re both out at their respective jobs for the first time. They’ve bought they’re first house together. Recently a boy from the small town where they live was abducted and they, along with the rest of the town, are horrified, even though none of this touches them directly.

But Smith deftly builds tension by revealing the divisions and cracks in their relationship, within each of them individually, and between the townspeople. The teacher is from a working class background and sees having a house on the “right” side of town and teaching wealthy high school girls who adore her as a form of success. Her lover comes from that background, went to a similar private school, and has the privilege of being disdainful about it all. She also understands that world better and tries to warn her lover of the traps set for “outsiders.” As a librarian at a branch on the other side, the poorer side, of town, she perceives her work as having more value. As she watches her lover become more and more involved with her students and more emotionally dependent on their dependency, she tries to warn her. But she keeps secret the one thing from her own high school years that could have made her point most effectively.

The secrets everywhere become part of the descending spiral of events. The teacher is accused of molesting a student, and in a town already fearful for its children, both the accusation and the community reaction escalate. The librarian comes under suspicion because she taught reading to a suspect in the child murder. Instead of pulling together, the cracks in the couple’s relationship widen as they not only don’t tell old truths to each other but also lie as they add more secrets.

At the end of the novel, Smith sets up a series of outside events that resolve these situations. But resolve isn’t the right word for what happens. Smith shows us both the damage that will be ongoing and the revelations and growth that can arise out of ugly times. This is something to remember for the times ahead.

'15 Ways to Stay Alive' by Daphne Gottlieb
Mattilda Bernstein Sycamore on Navigating the 90s Club Scene
'Out of the Ordinary: A Life of Gender and Spiritual Transitions' by Michael Dillon / Lobzang Jivaka