‘The Vampire’s Protégé’ by Damian Serbu

‘The Vampire’s Protégé’ by Damian Serbu 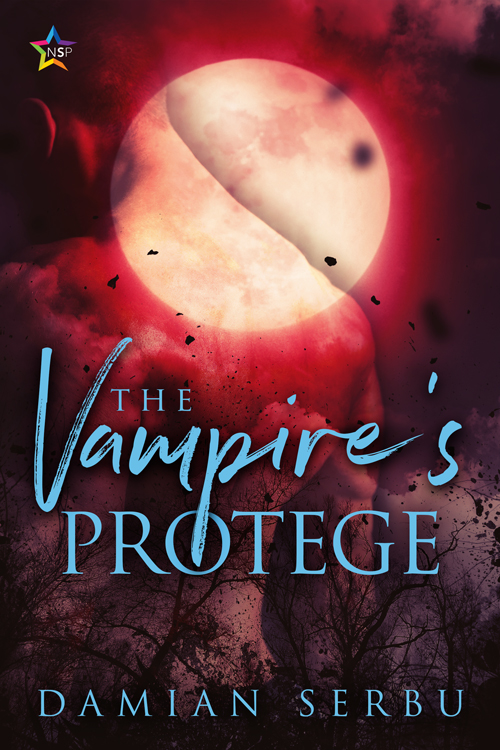 Charon, né Blade Hunter, is a true vampire of the third millennium.  As befits a vampire created during the 21st century, his origin resembles a reality TV show:  a mysterious individual offers him the chance to play a deadly game where the winner takes all, and the losers lose everything—including their lives. Charon naturally wins this competition; afterwards he learns that he was chosen by his vampiric creator as part of an elaborate plan to exact revenge against the Vampire Council, a body self-appointed to police all vampires and enforce their strict ethical code. Through magical means, his creator manages to make him effectively undetectable as a vampire by the Vampire Council; not content with just this magical protection, Charon manages to steal his creator’s store of magical knowledge before his death.  Armed with the enhanced strength, speed, and stamina of a vampire and the magic of a warlock, Charon secures a fortune, using it to build an underground lair in the Rockies, then decorating it with objets d’art (all stolen), and staffing it with a seraglio of hot young mortal men.

With no fear of reprisal from the Vampire Council, Charon whole-heartedly embraces the role of villain. From ordinary Halloween party-goers to a hypocritical evangelical Christian preacher to other vampires, he kills innocent and guilty alike with impunity and without angst or regret, the entire time living a life of unparalleled luxury. That is, until he realizes that another vampire has detected him and is stalking him—a vampire like him, able to perform magic. When they finally meet, his stalker presents Charon with another choice:  join him in the imminent war about to engulf vampire-kind, or be exposed to the Council.

Damian Serbu presents a truly amoral monster in The Vampire’s Protégé, the fifth book in a series begun with The Vampire Angel. As Charon notes, “Jack the Ripper lives through the ages because he successfully hid himself, true. But also because his perfect malevolence went unpunished. People want that for themselves.” In addition to his perfect malevolence, Charon possesses immortality, superhuman strength and speed, and almost none of the expected weaknesses of vampires: garlic and holy water have no effect on him. The only thing he need fear is direct sunlight. (Presumably a stake through his heart will kill him—as it would anyone living—but it is unclear whether he would rise again unless he were burned to ash and buried at a crossroads.) Also unlike most literary vampires, Charon continues to have very human appetites even after becoming undead: if anything his enhanced senses only increase the pleasure of good food, wine, and sex. Outside the bounds of both human and vampiric laws, Charon has the power to make any desire reality, and enjoy it to the fullest; and revel in his desires he does.

As enjoyable as the fantasy of near omnipotence might be, this book is surely the set-up for other, more intriguing questions: will Charon remain neutral in the upcoming vampiric war, ignoring both sides of the conflict, or will he play one side against the other as the mood strikes him? Will his rogue status instead cause vampire-kind to unite against him, fearful for their own safety? Will he tire of his near perfect (un)life? These and other questions will no doubt be explored in the further adventures of Charon.