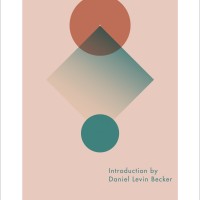 As you might guess from its title, Anne Garréta’s debut novel, Sphinx (first published in French in 1986), is full of riddles. It tells the story of an unnamed narrator, a theologian-turned-DJ, and A***, the narrator’s love interest, an American cabaret dancer in Paris. (Consider that I just paused to figure out how to construct the previous sentence without gender-specific possessives, and this will let you in on Sphinx’s central conceit: neither the narrator nor A*** are ever assigned a gender. Difficult enough to manage in a short review, it’s a masterful feat in this original, unusual novel.)

Sphinx, on the surface, is a standard story of love and loss. But that’s about all that’s standard here. You won’t get past the first page without asking questions, and by the time you turn the last one, you’ll be no closer to an answer. The narrator and A*** meet, they become friends, they fall in love, they frequent nightclubs, they dance, they travel, they move in together, they fight—but all the while you’re wondering (as Garréta intends you to): is this a story of boy meets girl? Boy meets boy? Girl meets girl? You never find out, but because gender biases are inherent in all sorts of things beyond language, you’ll probably be on the lookout for clues as you read. To no avail; Garréta is three steps ahead of you, always, and just when you think you might have found the defining clue, she twists some assumption and sets you guessing all over again.

Emma Ramadan asks in her astute Translator’s Note: “…how can stepping into a universe where a relationship can be described without using gender markers expand our ways of thinking about love, desire, relationships? About gender? About identity?” She’s asking these questions almost 30 years after Sphinx’s original publication, and yet, her questions are still remarkably timely. What do we do, how do we respond, when people (or, in the case of this book, characters) defy our expectations or assumptions? Is Sphinx a frustrating read? Sometimes. Does Sphinx make you curious? Without a doubt. Is Sphinx challenging and expansive? Absolutely.

But Sphinx isn’t singular in its genderless focus. It’s also a highly dramatic tale filled with a number of fascinating characters, set in Pigalle (Paris’ red light district); a fleshy, bawdy romp; an exploration of obsession, infatuation, objectification, passion, and jealousy. (Oh, have I mentioned yet how intense Sphinx is?)

If Sphinx is a book of riddles, then A***  and the narrator are its central, and most import, ones. The narrator is full of ennui, blown around life by emotions and craving and acquaintances and circumstance, never quite becoming —. Sphinx is fragmented because of this—a story revealed by strobe light—and so too is the narrator’s vision of A***. This is love, the possessive core of it, the murk and confusion and contortion of it. The narrator sees and loves A*** as a reduction of various parts, unable to grasp the whole. A*** throws this reality at the narrator during their final fight as a question: “How do you see me, anyway?” A question the narrator can only answer to an empty room: “I see you in a mirror.” It’s an apt response, given the tricks of this novel. And it begs some other, bigger questions: do we ever really know what we’re seeing when we look at another person? Can we ever really know someone beyond the image they project?

The narrator of Sphinx is left, for many years, with grief and loss—haunted by A***’s memory—a haunting both redemptive and destructive. This is the battlefield of love, stripped down to its gory human essence. Sphinx looks at love and grief with brutal honesty—a meditation without resolution.

Anne Garréta has written other books since Sphinx—she’s won the Prix Médicis and is a member of the experimental literary collective Oulipo. She’s been called influential and groundbreaking, and with this, her first translation into English, it is easy to see why. Sphinx is an important contribution to queer literature—fascinating, intelligent, and very welcome.