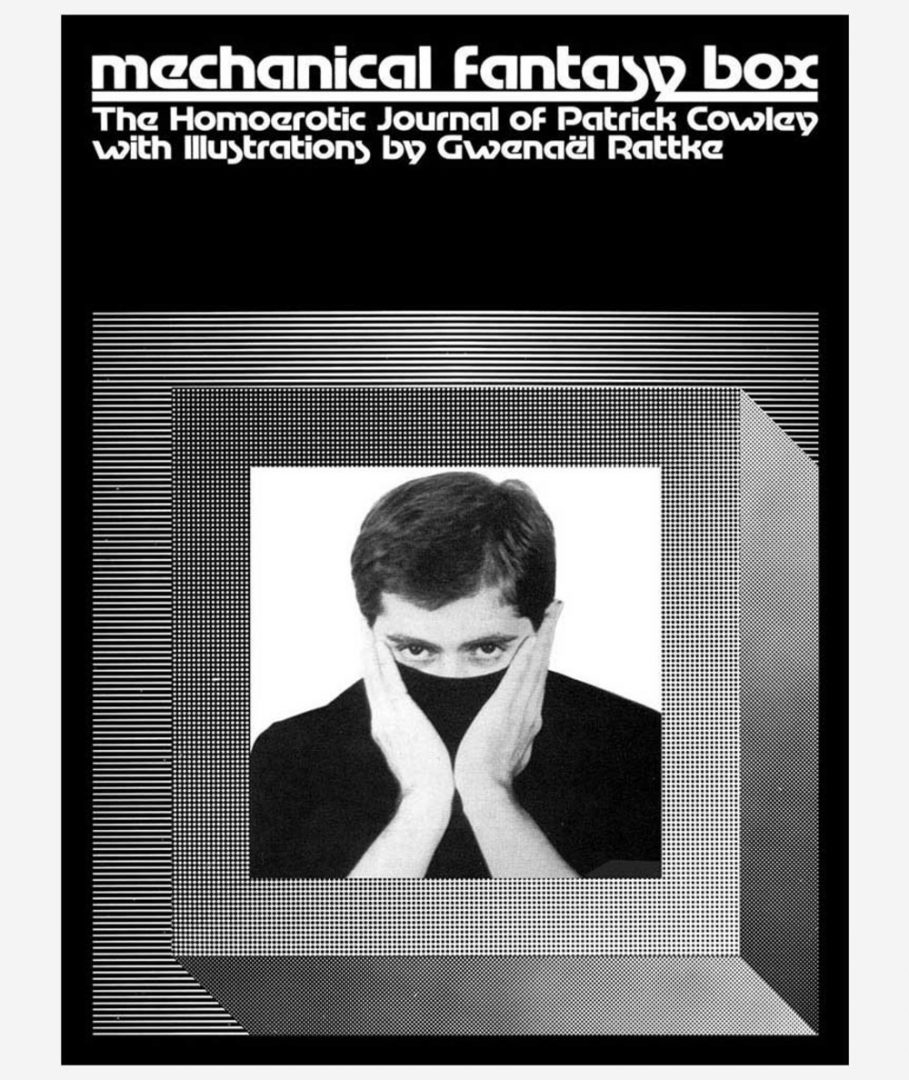 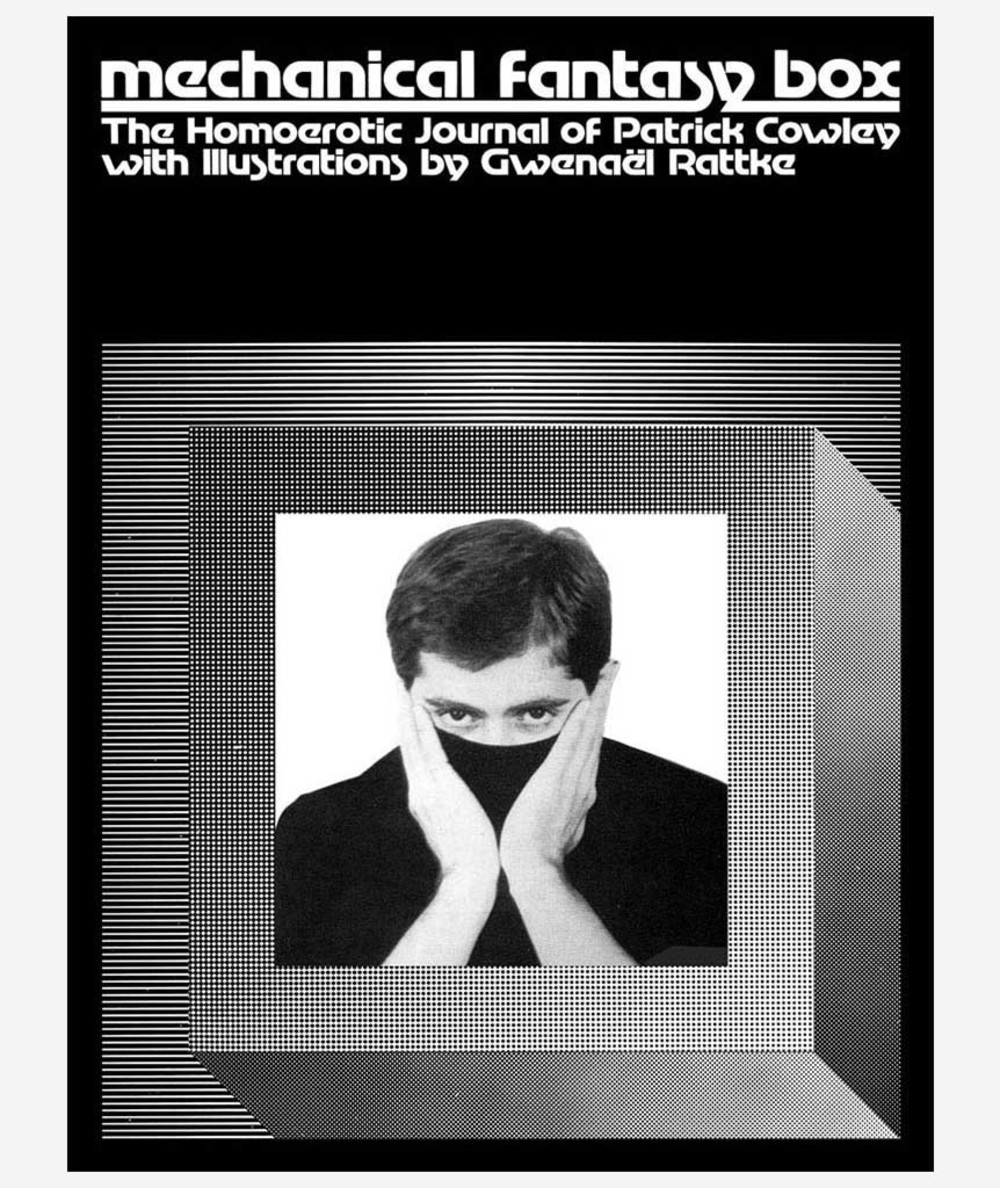 Mechanical Fantasy Box is a time capsule, of a kind.

Strictly speaking, though, it’s not one at all. If time capsule are usually conceived as curated, as sealed archives of telltale objects intended for future viewers, then Mechanical Fantasy Box—the title chosen for the 156 journal entries Patrick Cowley wrote in San Francisco and New York between August 1974 and October 1980—doesn’t quite fit the definition.

Before his death, Cowley handed the journal to a close friend for safekeeping (from his conservative family). It was stashed away unread for decades until being passed to another friend (with whom Cowley put out an album, “Catholic,” in 1979); that friend, Jorge Socarras, discerned in it “a testament to the zeitgeist of gay sexual liberation that shaped San Francisco in the 1970s.”

Suddenly, mystifyingly, and hopelessly sick by 1982 (Cowley died of AIDS, aged 32, in November of that year), the man protected his diaristic writings. The impulses or inspirations for his record-keeping and the author’s ultimate purposes for them—other than mementos—remain unknown to readers of Mechanical Fantasy Box. Similarly, Cowley’s other calling—creating music, including writing, touring, producing, playing, and remixing the likes of Donna Summer (a 16-minute “I Feel Love”) and Sylvester (like the classic “Do You Wanna Funk“)—is nearly wholly absent from the recreation-oriented journal.

Cowley’s intentions or goals or imaginings aside, examining his words as key evidence of (in a phrase from his friend Theresa McGinley’s foreword) “a milieu that was obliterated by the social upheaval caused by the AIDS epidemic” is a stimulating exercise.

For example, for the millions born after the “gay sexual liberation that shaped San Francisco in the 1970s” (and indeed those around then who might not have had access to the city’s highs and lows), there’ll be enlightenment and questions, of all sorts.

“Luded” was used as verb and is related something called “Vitamin Q.”

Men wore tight satin shorts and jockstraps, at once.

Men carried around Crisco in backpacks…. Along with Amyl Nitrate (a blackmarket item in Canada). It seemed ubiquitous in Cowley’s world.

Or, after envisioning this scene and filling in the blanks—“Dancing my tits right off … then drinkin[g] come and sucking uncountable cocks ’til I’m hoarse & stained and thoroughly exhausted” (July 5 1977)—further questions: just how representative was Cowley, or how much an exception to the rule?

Word for word, obviously, the journal’s focus is sexual adventuring

Although Cowley now and then records affable breakfast and lunch conversations, anxieties about not making the rent, triumphs related to assorted music-related projects, or social tensions (rejection, rejecting), the writing is mostly to-the-point (“I lift his tight and oval ass up and down on my eager dick till I cry for pleasure and fill him right up;” “‘I want to be fucked’ he says. I heed his demand, and soon pour another load of juice into his perfect ass”). Or else, it’s to-the-point but lyrical in its way, reaching back to the ancient world (via Bob Mizer’s mid-century AMG beefcake photography and its sets of Doric columns) and to Cowley’s upbringing with its Roman Catholic rituals (more than once does the word “transubstantiation” pop up in relation to a glory hole episode or a epic fuck with a hunk with a perfect ass).

At other times, Cowley records a kind of utopian sleaze that’s breathtaking: “A dungeon. Dull grey bars everywhere, a prison of choice. Surely the pit of pits. Yet I am not alienated by this littered filthy place. I feel a sense of easy familiarity. I know the facade and what lies behind it.”

In these moments Cowley portrays a curious wonderland, where some trappings (what you own, who you know, how worked out your body is, what wit you possess) are wholly overlooked in favor of the sexual force a body can generate. There’s no sign in Mechanical Fantasy Box that Patrick Cowley was an avid reader, but his entries can recall Walt Whitman’s “city of robust friends”—that, circa 1977 in Cowley’s Castro, registers as a kind a star-lit (or 25 watt light bulb) republic where beauty comes in manifold shapes and sizes, and shots of “juice” and intense erotic infatuation (by-the-minute, by the hour, and occasionally by-the week) are the invaluable currencies of exchange. Cowley celebrated that as “Menergy” in one of his songs, and his journaling returns to that desirable state (of mind) again and again.