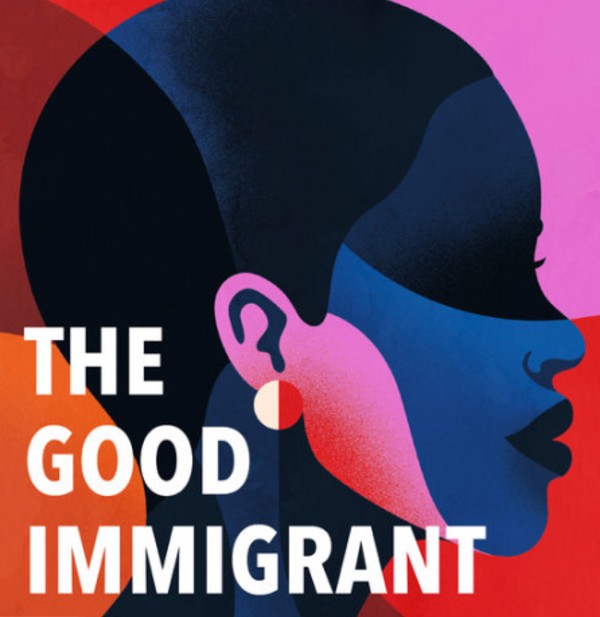 The Good Immigrant is powerful. It is a book that speaks truth to power, that lays bare our assumptions, that interrogates privilege, that encourages compassion, and that celebrates difference while underscoring our similarity. In a world of shrinking American global influence, divisive political rhetoric, and seemingly rising hate, this book is a celebration of a diverse and polyvocal America. It is a book that revels in difference, in misunderstanding, and in coming to understand ourselves and others better. The editors of this book have crafted a collection that introduces readers to the dappled experiences of immigrants in the United States. The collected essays include diverse tales that range from those of second-generation Mexican Americans who have forsaken their multilingual birthright in order to fit in with their white, monolingual peers to the self-aware recounting of the privilege that comes with being a white, illegal immigrant in the U.S. And, in this varied volume, the editors have created a book that speaks to all Americans and that seeks to remind us of what is American’s greatest resource, our diverse voices and perspectives, and our greatest shame, how we treat those that don’t fit into the mainstream (read: white, middle class, English speaking, able-bodied, cisgender, and normatively heterosexual). Take it from a person who reads professionally—as all professors do—this book is the one book that you must read this year. And, after you’re done reading it, give it to a friend and make them read it, too.

In curating the collection of essays that would become The Good Immigrant: 26 Writers Reflect on America, Shukla and Suleyman have gathered the work of artists, comics, novelists, poets, and essayists to reflect just how varied the immigrant experience is in the United States. There are, however, a few themes that unite the disparate pieces in this volume—namely a longing for visibility, understanding, and value. Far too often in American, we assume that to be a good immigrant one must assimilate entirely; one must become American. The authors of the essays in this collection remind us, however, that there is no single America and there is no monolithic, ideal American. Instead, it is our diversity of beliefs, values, desires, and opinions that define us. Therefore, to be a good immigrant is to be as they are.

For example, in Nicole Dennis-Benn’s contribution “Swimmer,” she brings us face-to-face with a common admonition faced by people of color and the working class, “do what you’re told and don’t rock the boat.” She then proceeds to share with the reader how it was in resisting this guidance, offered up by a well-meaning father, that she was able to find her voice as an immigrant woman of color, and it is with that voice that she has been able to take hold of her version of the American Dream. Priya Minhas, in her essay “How Not to Be,” continues pushing against normative ideas of what it means to be a good immigrant and woman of color. She does so by sharing her experiences of resistance growing up under rules so different from her peers—no dating, no sleepovers, and the like. What separates Minhas’ work from any other tale of teenage rebellion is the added steps that she must go through to pass as a good young girl of virtue while still living her life in ways that were recognizable to her mainstream, American peers.

The collection also pushes back against many of the assumptions that might be held by more mainstream readers. For example, Maeve Higgin’s essay “The Luck of the Irish” reminds us that not all immigrants are brown, culturally distant, and linguistically different from the monolingual, white bodies that are trotted out in media as defining middle America. She also forces us to come face-to-face with the fact that when we react negatively to illegal immigration, we often do so on racial grounds. She does this by artfully interrogating her own privilege as a white, English-speaking, illegal immigrant from a western European country. The collection takes an expansive turn by also considering the unique experiences of second-generation immigrants, such as Alexander Chee, who are often positioned by society as neither being really American nor being really Korean/Haitian/Uruguayan/Croatian/Libyan/Etc.

At 336 pages, it’s a massive book, and containing 26 essays on the same topic does make one worry about repetition. Admittedly, there are places where the book certainly started slowing down for me. However, each author brings such a unique voice and perspective on their experiences of being immigrant, queer, marginalized, or linguistically and culturally disenfranchised that it was hard not to find something in each entry that resonated with me as a reader and that energized me to keep reading. Because of this, The Good Immigrant is a must-read for anyone who wants to understand the real modern America better.

Joshua M. Paiz is an applied linguist and LGBTQ+ researcher in Washington, D.C., and a recipient of a 2019 Short-term National Humanities Center Fellowship for his work on queer identities in global Englishes. He lives in Maryland with his husband and dog, where he enjoys baking and a crisp Riesling.