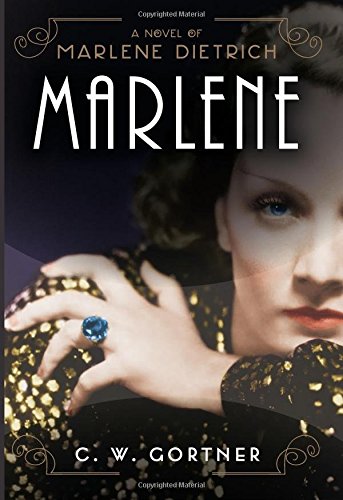 C. W. Gortner’s novelization of the life of Marlene Dietrich, the German stage and film actress who became a legend in American cinema, is a rollicking good read filled with intimate details of her tempestuous sex life (her bisexuality was well-known) and the mythic rags to riches story of her ascent from the decadent Berlin of the Weimar Republic to the sound stages of Hollywood’s studio system. Her cross-dressing, her specialization in portraying strong fallen women who rule by the powers of seduction and charm, and her flirtation with androgyny and lesbian desire, established her as a queer glamour goddess and a breaker of sexual taboos. Here is also the story of her catapult to fame at the hands of her collaborator, the German-Jewish film director Joseph von Sternberg, who directed Dietrich in her first major film role as Lola-Lola in The Blue Angel. Gortner does an especially good job of catching the milieu of Berlin’s cabaret life, the queer nightclub Das Silhouette, where Dietrich learned the diva mannerisms and camp artistry that would transform her into a star, as well as the events of her screen test for von Sternberg’s classic film. I was especially reminded of another more modern day chanteuse’s career, namely Bette Midler and her launch to stardom at the gay baths where she learned to camp it up for a queer audience.

The transformation of Dietrich by von Sternberg into silver screen siren is wonderfully depicted, along with the love-hate relationship between director and his star. Von Sternberg forced Dietrich into a rigorous diet to lose weight, sculpted and glorified her face through visual tricks of the trade involving lighting and camera angles, sent her for English lessons, and masterfully deliberated over her wardrobe and make-up. He was Dietrich’s entrée to the studios of Hollywood, guiding her career and molding her into the “woman of mystery” who intrigued a whole generation of American moviegoers.

Gortner breathes life into his historical characters; be it Dietrich’s German “Mutti” nostalgic for the twilight years of imperial Germany and its orderly Prussian world, to Leni Riefenstahl and her amoral climb to the top of the Nazi propaganda machine, to the staunch masculinity of General Patton on the road to Berlin with his American troops. Key events are highlighted and insight is given into the psychological workings of this complex femme fatale.

But Dietrich’s story is also one of tragedy and pathos, as she saw her homeland subsumed by the rising tide of Nazism, the horrors of nationalism as well as anti-Semitism.  Renouncing her German citizenship, estranged from her German mother and her German sister (whom she denounced for passive participation in the horrors of Bergen-Belsen concentration camp), labeled as a traitor by the Nazi hierarchy and many German citizens, the Berlin-born movie star and singer risked life and limb to serve in the U.S.O with the Allied Army. This is perhaps the most moving portion of the novel as Gortner details her hardship on the front lines and her eventual return to war-torn Berlin where she was united with her mother once again. Her disillusionment with Germany and the German people is indeed poignant and her raw despair over the culpability of its citizenry heartbreaking.

Dietrich’s open marriage to Rudolf Sieber lasted most of her life, even as she went her separate ways and Sieber took a mistress. They had one daughter, Maria Elizabeth Sieber, who worked as an actress in American television under the name of Maria Riva.

Marlene’s affairs were legendary. The dalliances with Gary Cooper, John Gilbert, Douglas Fairbanks Jr., John Wayne, Erich Maria Remarque, and Jean Gabin are well known but Gortner also sensitively includes the women in Dietrich’s life. Gerda Huber, a German journalist, is credited with liberating her sexually and helping to support her in her early career. The film actress Anna May Wong also makes a sensual cameo as Dietrich’s “girlfriend” and her “partner in crime” as they share “trade secrets” and traffic in gossip. Another figure is the infamous Cuban-American writer Mercedes de Acosta, who it was claimed was Greta Garbo’s lover (Dietrich’s greatest Hollywood rival).  Gortner includes reference to the little known Hollywood “sewing circles” (code word for lesbian communities) of which Marlene became a part. This group included Ann Warner, Lili Damita, Claudette Colbert, and Dolores del Río.

As a gay author, Gortner shows a special sensitivity to Dietrich’s queer affinity, her inner lesbian self-identification, and the strong female bonds that shaped her life and career. My only regret was that Gortner decided to culminate the novel with the 1945 meeting between Greta Garbo and Marlene at a Hollywood party. This choice of framing his narrative seemed anti-climactic, especially following the previous section’s coverage of the fall of Berlin and Dietrich’s mother’s death. A very brief “Afterword” provides the only details of her later life and career, including appearances in Billy Wilder’s Witness for the Prosecution and Stanley Kramer’s Judgment at Nuremberg, her Medals of Freedom, her solo singing performances around the world, and her eventual death from renal failure on May 7, 1992.

'Tom House: Tom of Finland in Los Angeles' Edited by Michael Reynolds
Read an Excerpt from 'The Right Side of History: 100 Years or LGBTQI Activism': Miss Major Griffin-G...
'My Sister Chaos' by Lara Fergus