Alexander Chee, Masha Gessen, and Barbara Smith to be Honored at the 2019 Lammys

Alexander Chee, Masha Gessen, and Barbara Smith to be Honored at the 2019 Lammys

Lambda Literary is pleased to announce that Alexander Chee, Masha Gessen, and Barbara Smith will receive special honors at the 31st Annual Lambda Literary Awards (“Lammys”) for their extraordinary contributions to literature, publishing, and our community.

“For over 30 years, the Lammys have celebrated authors who bring necessary, urgent, and artful writing into the world, and these three individuals are truly exceptional in this regard,” said Sue Landers, Executive Director. “We are grateful for their work and look forward to celebrating them at this year’s Lammys.” 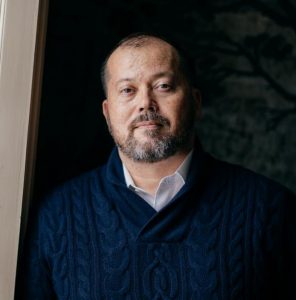 ALEXANDER CHEE will receive Lambda Literary’s Trustee Award for his immeasurable contributions to culture as a novelist, essayist, activist, and teacher.

Chee is the author of the novels Edinburgh andThe Queen of the Night, and the essay collection How to Write an Autobiographical Novel, a 2019 Lambda Literary Award finalist. Read more about Chee here.

Award-winning actor Anthony Rapp will present Chee with this honor. 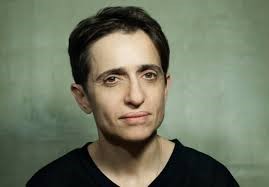 MASHA GESSEN will receive the 2019 Visionary Award for their work advancing public awareness around the global threat of totalitarianism. Gessen is the author of several books, including The Future Is History: How Totalitarianism Reclaimed Russia, which won the National Book Award in 2017, and The Man Without a Face: The Unlikely Rise of Vladimir Putin. Read more about Gessen here.

HuffPost Editor-in-Chief Lydia Polgreen will present Gessen with their award. 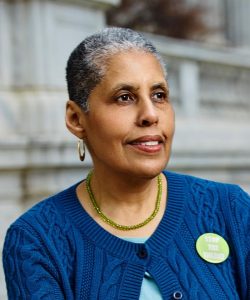 BARBARA SMITH will receive the Publishing Professional Award for her work as an author, publisher, and activist through which she opened up a national discourse about the intersections of race, class, sexuality, and gender.

Smith is the editor of several books, including All the Women Are White, All the Blacks Are Men, But Some of Us Are Brave: Black Women’s Studies, with Akasha (Gloria T.) Hull and Patricia Bell Scott, and Home Girls: A Black Feminist Anthology. Her collection of biographical interviews, Ain’t Gonna Let Nobody Turn Me Around: Forty Years of Movement Building with Barbara Smith, which she co-edited with Alethia Jones and Virginia Eubanks, won a 2015 Lambda Literary Award. Read more about Smith here.

Poet Cheryl Clarke will present Smith with her award.

The awards will be hosted by Justin Vivian Bond on Monday, June 3 in New York City at the NYU Skirball Center for Performing Arts.
General Admission ($150) Includes ceremony and after-party at Le Poisson Rouge with open bar (must be 21+).
VIP Ticket ($250) Includes a catered, cocktail reception, priority access to the ceremony, and after-party. Space is limited. 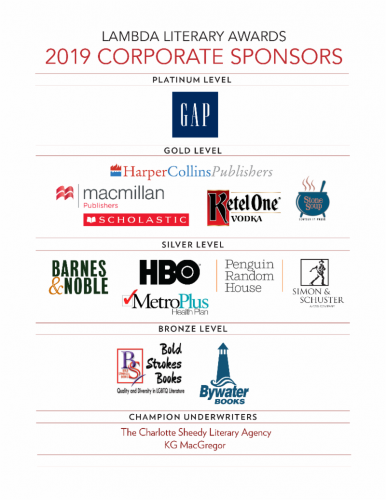 ‘They May Not Mean To, But They Do’ by Cathleen Schine
'The Stonewall Reader' Edited by Jason Baumann
'Crazy for Vincent' by Hervé Guibert