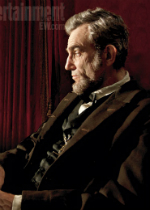 “I don’t feel that there was any evidence at this particular moment that Lincoln was having sex with anybody,” Tony Kushner explains to Tom O’Neil in a recent interview about the film Lincoln.

The film, released this November, focuses on the last years of Lincoln’s life during the Civil War, when he emancipated slavery. Though screenwriter Kushner explains that he wanted the movie to be centered on this particular moment in American history, some viewers have been saddened to discover that Kushner’s screenplay does not address Lincoln’s rumored homosexuality.

See what Kushner has to say in response, along with his thoughts on the film here.

Jacqueline Woodson & Jeanette Winterson to be Honored at the 29th Lammy Awards
The Smiths' Graphic Novel, 'The Boys in the Band' Read Poetry, and More LGBTQ News
Where are Joe Buck and Ratso Rizzo?