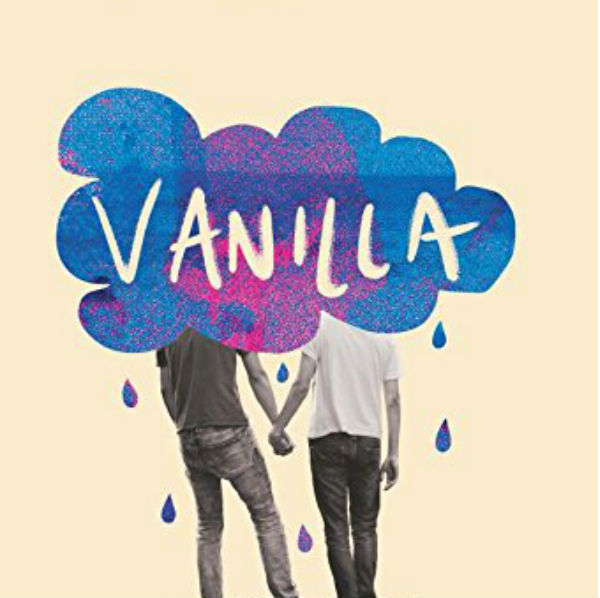 Vanilla and Hunter have been dating since middle school. While everyone knows them as the perfect gay couple, a model for all of the gay boys in their high school, their relationship begins to strain as they both enter late adolescence. Hunter wants to take their relationship to the next level, but Vanilla isn’t interested in sex and he isn’t sure why. As Hunter begins spending more time at the all-male parties thrown by the popular gay clique at school, the two must figure out how to reconcile their differences or face the end of their five-year relationship.

Vanilla is the debut young adult novel from poet Billy Merrell. Written in verse, the novel showcases Merrell’s deft lyricism and an astute understanding of the social mores of contemporary gay youth. The author beautifully captures the heighten emotions that adolescent relationships inspire, as well as the often quieter tender moments of contemplation brought on by young love.

There novel alternatives between three narrators; Vanilla, Hunter, and their mutual friend Clown. Each of the narrators’ sections are distinguished from each other by three different fonts. While each section showcases an abundance of beautiful verse, some character-based clarity is lost amidst the evocative format. More could have been done to differentiate the three voices stylistically. While the novel is largely pushed forward by internal drama and the emotionality of the characters, more external interactions could have been spotlighted to flesh-out the protagonists.

Where Merrell’s book really excels is in its accounting of modern gay teen life. Vanilla’s portrayal of the high school’s clique of gay boys captures some of the contemporary freedoms afforded gay youth: a gay teenager today is less likely to be the only out kid at school. Conversely, the book acknowledges that some freedoms often give way to more problems. Vanilla, Hunter, and their friends struggle to understand their place in the “gay community” and they grapple with the pressures of “what it means to be gay.” They desire intimacy, but they don’t always know what form that intimacy should take. What could it mean to lose a long-term relationship? Who are we without our partner? What are the differences between love and physical intimacy? It is refreshing to see these ideas explored in a gay novel; but especially one for young readers. While sex-positive in tone, the book doesn’t shy away from the emotional risks of sexuality. And in a much welcome bit of insight, the novel also positions asexuality as a very positive experience, full of the same joy and wonder-filled self-discovery that is often only reserved for characters who are coming to terms with their homosexuality.

'The 5' by Iza Moreau
'The Burning Door' by Tony Leuzzi
Victoria Brownworth: The Activist Writer