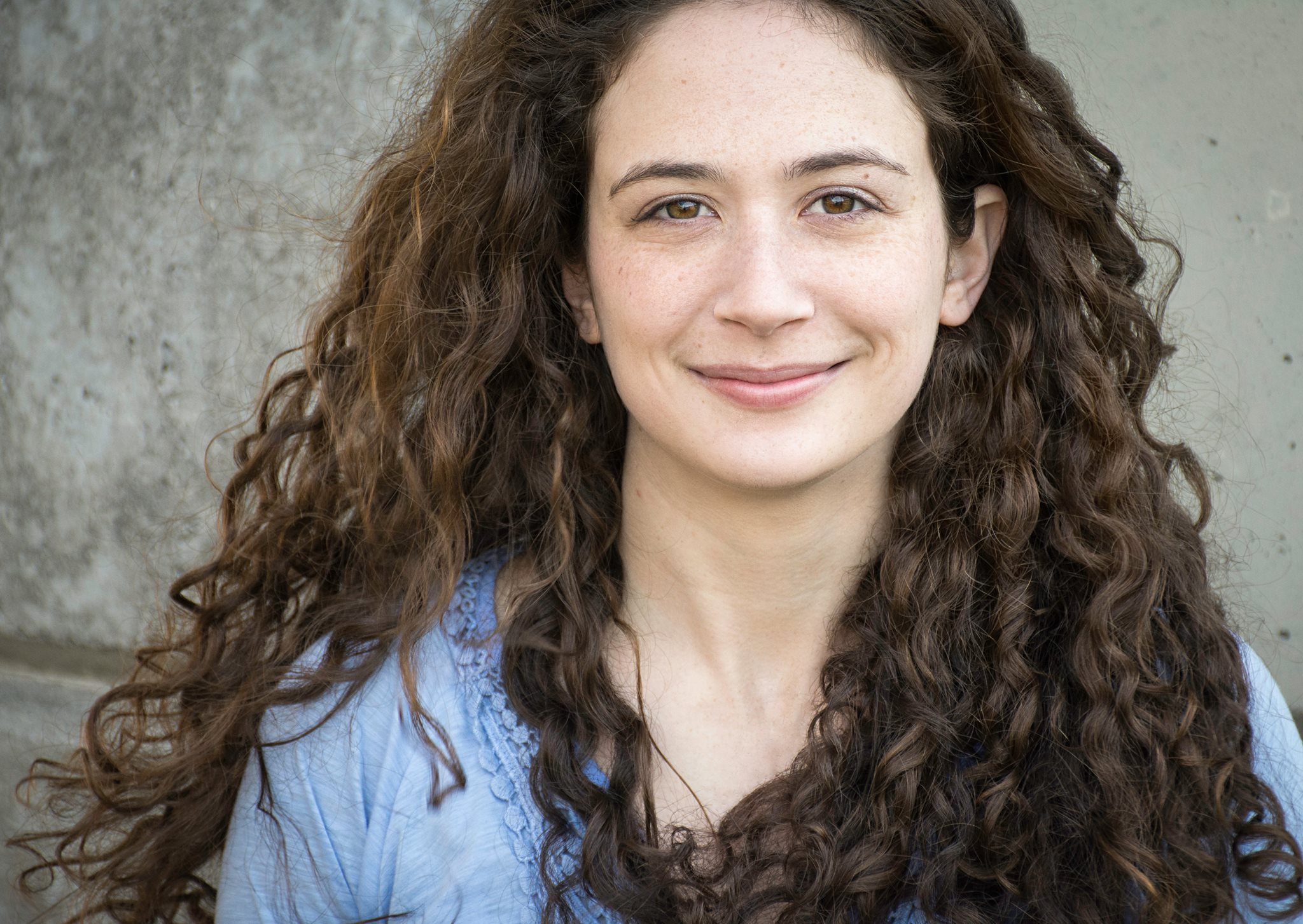 Playwright Kati Schwartz is only 28 years old, but already her desk is piled with awards, commendations, and fan mail. Her plays have been produced at the Hollywood Fringe Festival (winning a Producers Encore Award) and at New York’s “Hot” Celebration of Queer Culture. She’s been recognized by the Eugene O’Neill National Playwrights Conference. Another play is slated for a full theatrical run in New York City. And on October 9, her hilarious and heartrending play The Coward will be staged Off Broadway at the Duke Theatre as part of the New York New Works Festival.

I saw an early version of The Coward in a sold-out production at a small performance space in Brooklyn in 2015. While laugh lines abound, the play is not without gravity or the potential for controversy. In it, a closeted 23-year-old gay man humiliates and socially ostracizes a woman of the same age who thinks she might be queer.

In 2015, the entire audience found much to laugh about. But in 2017, when we in the LGBTQ community are scrambling to protect our rights and our dignity, is laughing at queer-on-queer shame going to fly?

I hope so, because The Coward isn’t actually a comedy. It is a serious play in very funny clothing.

I don’t want to spoil the play’s ending for anyone, so I’ll just say that, in the final moments of the performance I saw, The Coward hinted at what slow slogs real-life personal growth and political awakening are. I recognized that ending as a bow to the intense grip that shame has on the lives of many in the LGBTQ community.

Because I have spent much of my own career creating politically conscious theatre in collaboration with members of various marginalized communities, I decided to talk to playwright Kati Schwartz about the political and social dimensions of her work.

The Coward is about a not-yet-out lesbian being publicly humiliated by a closeted gay man. Are you worried about push-back?

I didn’t initially set out to write a political play, but I do think it has become one. It was originally a play that I wrote to be therapeutic for me after a tough experience. But throughout the revision process, it became more and more about the very real issue of homophobia within the LGBTQ community. Yes, it is definitely political.

Who, in this play, is the coward?

Good question. One of the most fulfilling moments I’ve had as a playwright was when I witnessed an eleven-year-old girl who had just seen the show in 2015 discussing which character is “the coward” with her parents. I think if the play itself defined clearly who I consider to be the coward, those sorts of conversations wouldn’t be possible in the same way. So I’ve left the identity of the coward intentionally vague.

I will say, though, that in the family conversation I overheard, the parents pointed out that all of the characters in the play behave cowardly in one way or another.

This is always complicated territory when we talk about art. Do you consider the play autobiographical?

I always struggle with the word “autobiographical” in relation to my plays. It implies that everything in a play actually happened. My plays are based on real-life experience. But I’ve shaped and molded the experiences for storytelling purposes.

Yes. That makes sense. Many of us are inspired by a real life situation that happens to us or someone else, but that is often just the jumping off point.

In what seems to be the seminal event portrayed in The Coward, the young lesbian is bullied and humiliated. For many people in the LGBTQ community, we have historically experienced shame in response to an exchange like that. What is it about going hugely public via theatre that you’ve found healing or invigorating, or that compels you?

The decision to go public is based on my belief that the more secret you keep something, the bigger it gets. For a long time, I was incredibly secretive and wrapped in shame about being queer. Then I was secretive about being bullied for being queer. Revealing my secrets has greatly diminished my shame.

In other plays of mine, I’ve gone public about other things having nothing to do with LGBTQ issues, and have found that revealing those secrets lifted the shame around those subjects, as well.

The Coward is poignant but it’s also very funny in the way that Tina Fey’s movie Mean Girls is. How would you categorize The Coward? It’s not satire, because there’s a kind of gentleness to it. Might you consider it a sort of “moral comedy?”

It’s such a compliment to even be mentioned in the same sentence as Tina Fey’s work! I do think “moral comedy” is a great way to put it, though. It’s an example of heavy subject matter being presented in a relatable way.

One of my artistic models in writing The Coward was Judd Apatow’s completely non-political Forgetting Sarah Marshall, which depicts a man’s shame and grief as hilarious. He rolls around on the ground believing that his life is over.

Forgetting Sarah Marshall showed me that when a sad or serious story is told with humor, audiences can jump on board, fully identify with a full-of-flaws protagonist, and cheer. That’s important to know when you’re writing theatre that is about messing up in life but that you hope is thought-provoking and life affirming.

At its end, The Coward drops the focus on comedy and hints at the difficulty of self-affirmation and forgiveness. Self-affirmation is at the crux of coming out. Do you think that theatre and movies often oversimplify coming out by portraying it as an event rather than a prolonged and ongoing process?

Absolutely. In fact, that’s probably what bothers me most about modern LGBTQ theatre and movies. Too often ‘coming out stories’ or stories of struggle with self-identity and bullying are simplified and tied up in a bow at the end. Self acceptance and identity are probably the most complex parts of being a human, and to say that either can be achieved by the end of a story that takes place over only a few days or even a few years feels misleading to me.

The Coward is the first play you wrote. Now there are three more, all produced or about to be produced. By writing about young LGBTQ characters in a way that is both hilarious and not, are you trying to provoke conversation about third-rail social issues?

Theatre is my voice and my form of activism. It’s my way of bringing important subjects to the surface in a truthful way, and my way of making others feel understood—which I think is one of the most important and potentially life saving forms of activism.

A few years ago, I was arrested at a march for Black Lives Matter, and spent the night in a holding cell. The experience made me feel powerless, tiny, exhausted, and without a voice. I heard some cops say awful, racist things, and when I was summoned to court after the arrest, none of the officials cared or even believed what I’d experienced or what I reported to them.

Since then, I’ve doubled down, participating as an activist where possible but also resolving to use my energy in its most authentic and energetically sustainable way. Writing plays, and now also essays, is that for me. At least when I write, I can be heard.

Engaging, imaginative, identity-based work is not always politically correct. What advice would you give to young playwrights wanting to push the envelope of artistry and provoke difficult conversations while staying appreciative of the struggles and pain in a community?

I think as long as you’re writing a truthful story from your own experience, you can’t go wrong. If other people get offended, that’s on them. My biggest piece of advice is: don’t pretend to know anyone else’s story, and don’t listen when others tell you that you don’t know your own.

Tell us about your writing process. What calls to you? How do you decide what to address in your work?

I take inspiration from my own moments of despair and resolution, so I usually begin with transcribing real conversations and interactions, as they exist in my memory. From there, I make changes that create a more succinct story arc, that show me as easily as fallible as any other character in the story, and that protect the privacy of anyone involved with the “real life” version of the story.

More often than not, I discover while writing about the shame-inducing events I’ve experienced that the personal inadequacies I have are more universal than I originally realized.

As you leave your twenties and enter your thirties, what themes do you imagine you’ll find yourself taking up?

I’ve never been in my thirties before, so I don’t know what I’ll encounter or what politics and the world in general will call me to address. Now, in my late twenties, the personal really is the political. I am writing for people who, like me, are ready to emerge from shame and hiding in one way or another.

My next project is a book of personal essays that focus on my process of forgiving myself for mistakes made within friendships, and on the progress I’m making in learning to be fully my adult self as part of a family system. So that’s what I’m taking up for now, and I will have to see where that leads me!

Joan Lipkin is a playwright, director, educator and social activist who divides her time between New York City, St Louis and other parts of the country. Her work is published in Best American Short Plays, Amazon All Stars: 13 Lesbian Plays, Mythic Women/Real Women: New Plays and Performance Pieces, Upstaging Big Daddy: Directing Theatre as if Race and Gender Matter, Here Come the Brides: Tales of Lesbian Love and Marriage and numerous other anthologies. The co-producer of the Briefs Festival of Short LGBTQ Plays, she is the recipient of many awards including a Visionary, the James F. Hornbeck Ethical Humanist of the Year, Women and Theatre Achievement for Activism and Performance, and Arts Innovator of the Year.