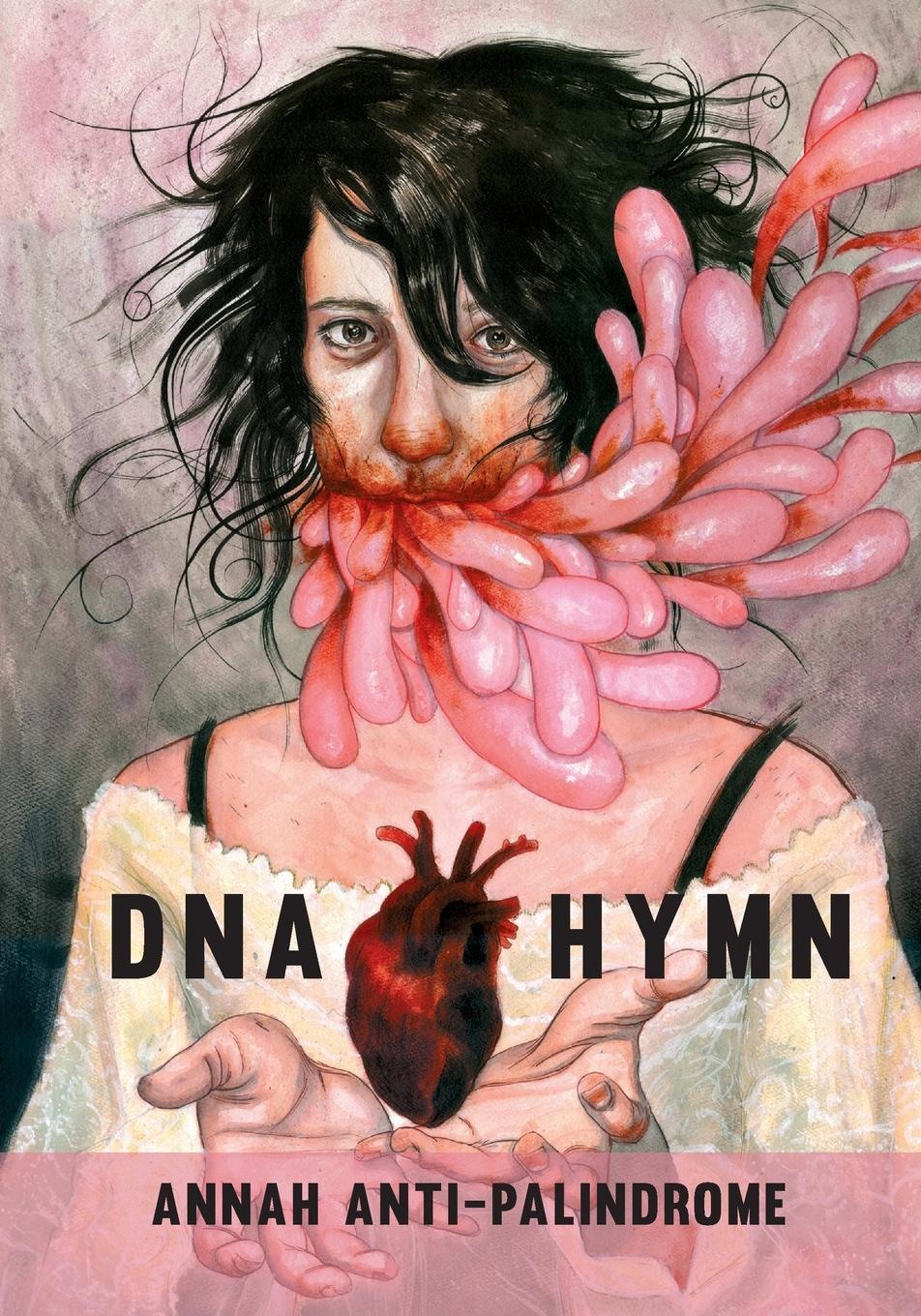 It is difficult to transfer raw emotion and experience into poetry, to transcend a harsh, brutal childhood or convey a traumatized life in words. A poet or songwriter sometimes offers too much sentiment or too much exploitation of those realities. It is also hard to find the forms and images, which embody and speak to inner psychological states of estrangement, victimization, innocence and ultimately strength. The poetic roughness of Charles Bukowski, the searing power of Sapphire in her American Dreams, the intensity of Elana Dykewomon, all seem to show kinship with the work of queer poet and musician, Annah Anti-Palindrome. It is exciting to read such an original voice on the page. Reading Anti-Palindrome has all the provocation of a poet such as Justin Chin or Eileen Myles did back in the day, merged with the personal intimacy of Minnie Bruce Pratt and the courage of Leslie Feinberg. But the rush to categorize or compare has always been my weakness and Anti-Palindrome defies a lot of boundaries. Unlike performance poetry, which fails sometimes upon the page, this work is terse, direct and skillfully crafted.

Anti-Palindrome says in her opening preface:

We often reproduce the violent legacies that have been transmitted to
us through the unspoken & overarching narratives of our childhoods.
While the patterns we learn may define us in some ways, we are also
defined by our processes of unpacking, analyzing, & defying those
legacies as well.

“Unpacking, analyzing, & defying those legacies” is indeed what Anti-Palindrome achieves. Perhaps the ability to give voice to the plight of women links her to early feminist poets such as Adrienne Rich and Pat Parker and singer-songwriter-authors such as Patti Smith. In her bio she reports that she spends most of her time “doing clinical reproductive justice advocacy, and fighting the white-supremacist-capitalist-heteropatriarchy through art activism.” Certainly the latter is a strong political aim, but if you expected a poetry of polemics and anthems, Anti-Palindrome surprises. I was reminded of Ntozake Shange and recent works of indie music by women.

Anti-Palindrome accomplishes in this book the commitment she makes in her preface: to “consciously resist participating in the destructive patterns” she has learned over time (in 2007 her mother died of a morphine overdose—a cathartic moment for the poet), by making poetry out of sorrow, self-awareness out of frenzied chaos, and ultimately creating a sort of tenderness toward her younger self.  I commend her.

As a first book this is very good indeed. Of course, one always wonders if the pressure of the language and the desire to speak one’s truth—that first advent of personal self-revelation—can later compel and sustain the poet’s fuller and broader vision of her world. But something tells me Anti-Palindrome will have longevity. She represents a new generation of emerging, exciting, and talented queer poets (Anti-Palindrome was a 2015 Lambda Literary Fellow).

A poem such as “tenth plague” captures some of this talent:

But if one suspects Anti-Palindrome is purely a poet of personal revelation and confessional narrative, she surprises as well with her inventive use of language and range of subject matter as in the poem, “learning to read”:

spelling is the clothing of words—their outward, visible expressions—
________they always look good in drag:

i before e except after c. weird is just weird. when ing comes to play e play e runs away. there is a
lie in the word belief . q & u are longterm boos . when two vowels go walking the first one does
the talking . a liar in the familiar . the silent letter is a bullet proof vest (hidden beneath a
cocktail dress).

And a poem such as “dear, highway 50,” an ode to a highway and its sense of place and passage. The poet lays claim to the highway both literally and figuratively as a way to express something about her life’s journey. In a like way “saccharin,” is a contemplation on female gender in all its outward associations and permutations.

The repetition of the phrase “this gender is . . .” gives the poem rhetorical heft. And the devastating poem “thursday” appears to deal with the specifics of her mother’s overdose, giving us a list of the day’s mundane events. But I realize my role is not to paraphrase or misinterpret, but point one toward the aliveness and charge of the language.

Anti-Palindrome layers her book with complexity. Diagrams of chemical compounds such as “progesterone,” methamphetamine,” “morphine” overlay pages of text and draw attention to the thematic structures which underlay and haunt her narratives. From the syntactical building blocks of language to the coded formulas of our DNA, the poet like the scientist is constantly analyzing and probing the essentialness of her being, her personality, gender and experience.

Thanks to the love, rage and revolt of a new, queer voice.