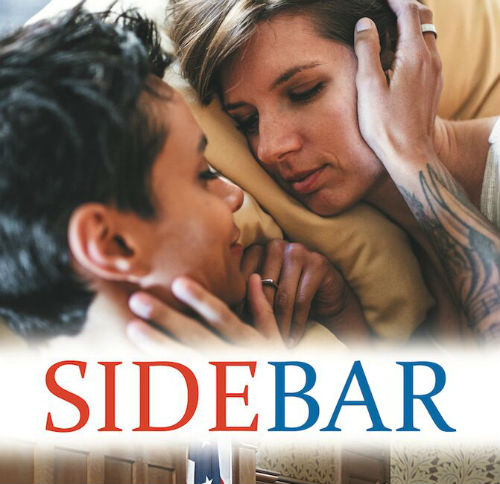 Judge Camille Avery wants a clean slate with her new appointment as a Federal Judge, and she’ll do what she must to keep anything controversial from her doorstep as she begins this new phase in her career. Her first case is a challenge, both in the courtroom and outside it. Lawyers are at each other’s throats and someone is leaking information to the press. No one is owning up to it and other issues abound as Camille begins her new job.

New attorney, West Fallon, has aspirations of fighting for social justice to help the oppressed and underserved, but first she needs to fulfill a promise to Judge Harry Blair to clerk for him in his federal court for a year. When she’s confronted with the fact that illness will not allow Judge Blair to return to the bench, she has to re-evaluate her commitment—should she move on or work for the new replacement judge? Then there’s the sexy older woman she met in the security line at the courthouse—she could be a nice distraction if West decides to stick around. Too bad the woman didn’t accept her invitation.

Sidebar opens with a chance encounter of the two main characters as West comes to the aid of a “damsel in distress” who is having difficulty negotiating the security line at the courthouse. West is on her way to Judge Blair’s court and the damsel, Camille Avery, disappears to visit an old acquaintance, who happens to be the chief judge of the court.

Camille doesn’t know what to make of the young, very casually dressed woman—or what to do with her flirting. West, always good for a romp, tries to chat Camille up, disregarding their age difference, and pursuing her with aplomb. Camille, of course, is having none of it, yet she cannot deny there’s a spark of attraction there.

Several months later, as Camille prepares to take over Blair’s court with her new appointment to the federal court, she accepts an invitation to visit him in his home, she agrees to take on a young, brilliant law clerk, to whom he has promised a position. As she walks to her car after talking to Judge Blair, she again encounters the young stranger and again feels the attraction, amid flirting and invitations for coffee and hints at something more. Once more, Camille resists. But when her first day on the bench arrives, she discovers the young woman is none other than West Fallon, her new law clerk.

The opening scene shows us a young, rebellious woman helping the “experienced” older one with hints of sparks and romantic possibilities and begs the question: who are these women and how will this story bring them together again?

Although not always true, in this case, the attraction of a younger character with an older one is appealing. West is an “old soul,” so even though we know she’s just starting out in her career, the story makes sense without stomping on taboos. Camille is far from an older, lecherous-type of character. She’s a bit lonely, a bit conflicted, and mostly resistant to giving in to the attraction she feels for West.

The subplot of drama revolving around the court case gives us a possibility of a nefarious person working for Camille and the real villain is exposed only after tension builds and Camille has turned her back on the one person she shouldn’t. However, it’s the main plot, the story of Camille and West, that sizzles with deeply emotional interaction, which is the focus of the story—and Taite writes it well, moving the story along, using the backdrop of her extensive knowledge of law and courtroom spectacle.

Sidebar is a love story with a refreshing twist. It’s a mystery and a bit of a thriller, with an ethical dilemma and some subterfuge thrown in for good measure. The combination gives us a fast-paced read, which includes courtroom and personal drama, an appealing love story, and a more than satisfying ending.