‘How to Whistle’ by Gregg Shapiro

‘How to Whistle’ by Gregg Shapiro 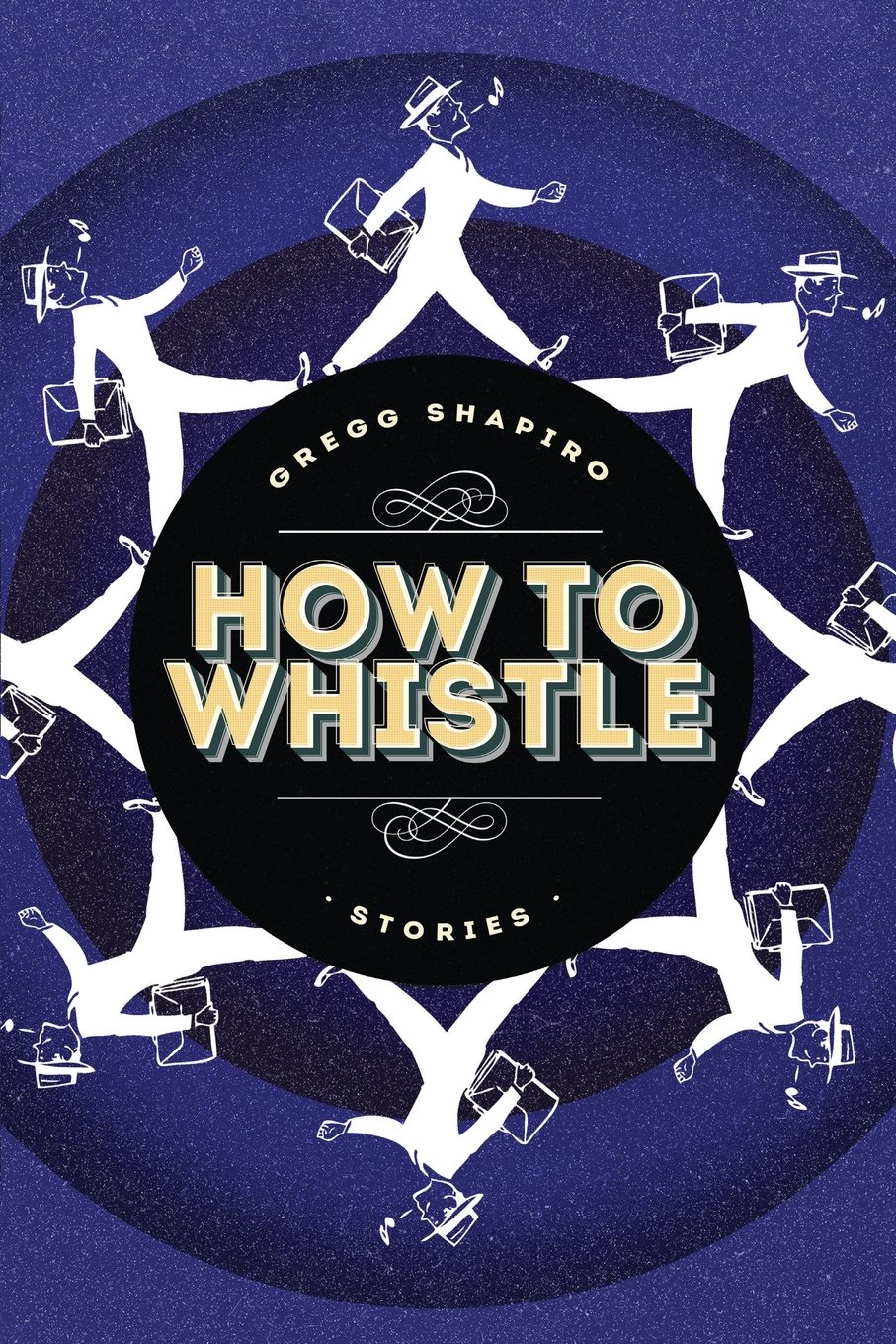 Some know how to whistle. Others merely blow air and spit. This skill cannot be learned from friends or You Tube videos. Either you’ve got it, or you don’t. And Gregg Shapiro…he’s got it.

How to Whistle is Shapiro’s second collection of short fiction, among other chapbooks. Set in myriad East Coast cities, these tales shine with an expert, balanced blend of heart, sex and comedy.

The flawless opener, “Autograph,” invites readers into 1980s Boston. While two friends embark on an evening fit for rock and roll gods, readers revel in Beantown’s classic landmarks like Paradise, Newbury Street and Metro. Shapiro affectionately asks readers, “What if you met your hero on the green line at midnight? What would you do?”

In “A Different Debra” Shapiro calls out the girl who once “waited tables for tips and wrote poems on napkins and the backs of order pads.” She is the girl who, years ago, dated Patti “who snuck in and out of (her) first floor bedroom window at all hours of the night, never using the front door ever.” Debra was once considered to be trouble. But do wayward gals remain wayward for eternity? What if the cool girl grows up to be uncool?

With “Money Changing Hands,” Shapiro delves into the culture of banking. More specifically, gay banking. Mr. Shapiro writes, “Much to your delight, all three of the tellers on the all-male teller line of the Boston bank are gay. You are the fourth. Now you can all play bridge.” Surrounded by “early-American-blue walls” and “brass wall sconces” our hero ‘s universe implodes when a gold-toothed robber enters his line.

One of the numerous stand-out selections, “6th & E” stars its own whistler. A young man is entranced, intrigued and preoccupied by a burly stranger who whistles at him through an open window. This flirtatious dance becomes a daily ritual. That is, until our protagonist receives an invitation.

How to Whistle is a tight, varied collection of stories. Shapiro’s descriptions are always taut, always gorgeous. Paired with well-drawn, full-bodied characters, How to Whistle can certainly be described as a stellar offering.

If Gregg Shapiro whistles your way, you’d be smart to stop, turn around and read him.

Rules for Being Dead is a Haunting and Heartfelt Meditation on Life
'The Lady's Guide to Celestial Mechanics' by Olivia Waite
'My Awesome Place: The Autobiography of Cheryl B' by Cheryl Burke