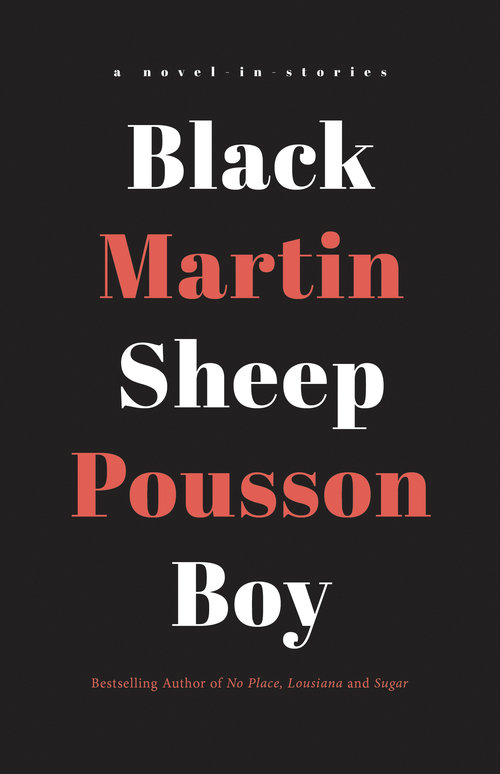 As the title of Martin Pousson’s new book, Black Sheep Boy (Rare Bird Books), suggests, the titular character is placed squarely in the role of outcast and other due to his meekness and effeminacy. But as each chapter unfolds and the full rogue’s gallery of characters steeped deep in the muck and mire of the Cajun Louisiana bayou is revealed, it becomes clear that our protagonist may in fact be the most “normal” being to rise out of those murky waters.

Black Sheep Boy lets you know from the outset that it’s not going be a traditionally linear story. Billed as a “novel in stories,” it’s a series of 17 interlocking tales that take the reader through the life of the unnamed narrator, from birth through his freshman year in college.

Pousson sets his stories in a very specific place: the Louisiana bayou, a world with which the author is profoundly familiar from his own childhood.  The region’s mix of races, languages, and cultures coupled with its unique blend of Christian and pagan iconography and ideology informs the sometimes-dizzying nature of the stories. Each chapter mixes seemingly straightforward, realistic elements with magical realism to create what can best be described as a series of geographically specific, modern-day fables.

Most of the stories revolve in some way around the protagonist’s inability and unwillingness to comfortably inhabit the traditionally masculine roles that have been laid out for him by his family, faith, and community. He is alternately called sissy, fairy, Jenny Woman, and queen, and these stories chart his coming of age in the bayou, including a series of sexual encounters that range from tender to terrifying—and sometimes both at once.

Along the way, our narrator encounters characters that are at once familiar and rendered unique by their specific setting and Pousson’s literary flair: the mother who wants nothing more than to “fix” her effeminate son, who herself is a mixed-race daughter of a mythical man; a pedophile priest named Father Fox who’s as vulpine as his name implies; and a band of vengeful queens out to get not only the homophobes who bash them but the gay bar owner who brutalizes them as well.

What Pousson does so masterfully is to take such a dazzlingly fantastical and specific world and render it universally recognizable to anyone who’s grown up queer in a world that would—sometimes violently—prefer he or she did not. While he artfully lifts the veil on a world outside of most people’s experience, he also offers an outstretched hand of solidarity to every black sheep boy and girl who’s lucky enough to pick up a copy of his book.

'Mask of Shadows' by Linsey Miller
'Tea Leaves: A Memoir' by Janet Mason
'A Simple Revolution' by Judy Grahn