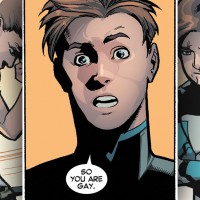 YA author James Dawson has come out as transgender. An article with Buzzfeed details the process Dawson took to get here:

In the end, Dawson came to a conclusion and told himself the words that will define the rest of his life: “You’re definitely a woman.” But, he adds, “transitioning isn’t a magic wand; it isn’t Hogwarts. If I’m lonely now I’ll be lonely after I transition. If I’m unhappy now I’ll be unhappy after I’ve transitioned. The only thing that will have changed is my gender. My baggage is coming with me.”

Writers and editors across the industry sit down with PEN to discuss how to increase diversity in publishing and what editors can do better.

I remember in the mid-1990s there was a huge boom in gay and lesbian publishing because we’re a market with supposedly a lot of disposable income, etc., and what happened was the category became really over-published and a lot of books lost money. And when I got started in publishing, it was after the pendulum had swung the other way and it went back to being more niche. I’m talking about it like it was simply a market correction but the reality is it was painful to realize, oh, right, we have further to go, and middle America isn’t yet ready to empathize or identify with a queer character. –Amy Hundley

Thomas Chatterton Williams writes for The New Yorker about breaking into James Baldwin’s house. The piece explores Baldwin in his complexities as a person and as a legacy.

We mourn the loss of beloved gay author Roger Margason, who wrote under the name Dorien Grey.

As a lover of all things nerdy and queer, I am excited to report that in an upcoming X-Men, Iceman will confront his younger self about his sexuality. How many of us have wished we could have this very conversation with our 15 year old selves? 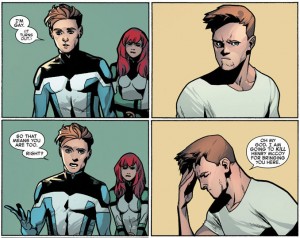