In continuation of Lambda Literary Goes to the Movies week, here’s what the directors had to say about the LGBT books they love most:

Directors: What are your three favorite queer books?

Amanda Bluglass
Amanda Bluglass is a UK-based documentary director who is currently making a feature length film about lesbian, bisexual and transgender ministers in the Presbyterian Church (USA) called Out of Order. 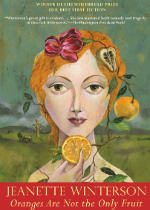 Oranges are Not the Only Fruit

My pick is British writer Jeanette Winterson’s novel Oranges Are Not the Only Fruit. Winterson’s first award-winning novel, written when the author was still in her twenties, is the story of Jeanette, adopted by a zealously religious woman in the northern English town of Ackrington. It becomes clear that the young Jeanette is being raised in this extremely pious home by a woman who is unhinged to the point of near abuse, eccentric in her habits and neglectful of her daughter’s emotional needs.

The teenage heroine falls for another girl, provoking a series of extreme attempts by her mother and church community to ‘exorcise’ her. Told with painful humor and compassion, the tale follows Jeanette as she escapes the church, her family and home at 16 and, against the odds, wins a place Oxford University to study English Literature.

Although the author maintains that this is neither ‘lesbian’ or ‘autobiographical’ fiction, Winterson is among our most famous queer British writers (along with the great Sarah Waters).

Her recent memoir Why be Happy When You Can be Normal is a painfully detailed and horrific account of the true events which inspired the novel. It fleshes out in even more heart-stopping detail the cruelty of her mother’s religious extremism, taken to monstrous extremes.

Both books give me huge respect and admiration for Jeanette Winterson. She is a beautifully lyrical writer who turns over the dark rocks of human emotion and shines a light on what lies beneath. 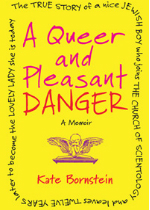 A Queer and Pleasant Danger

Sam Feder
Born and raised in Brooklyn, NY, Sam Feder is a multidisciplinary award-winning artist currently working in film and video. With a prestigious fellowship from the Ellen Stone Belic Institute for the Study of Women & Gender in the Arts & Media, Sam began working on the film, When the Dust Settles — Portraits of Four Transwomen Changing the World.

I’ll give it a thought…hard to narrow down for sure.

One of the three will definitely be Kate Bornstein’s new memoir A Queer and Pleasant Danger! 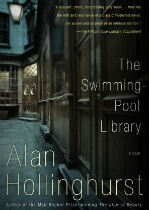 Patrik-Ian Polk
Patrik-Ian Polk is an American film director, producer, screenwriter, singer, and actor. He is noted for his films that explore the African American LGBT experience and relationships. His debut film Punks had its world premiere in January 2000 at the Sundance Film Festival.

Misadventure in the 213  by Dennis Hensley

The Rules of Attraction by Bret Easton Ellis

Ira Sachs is an American filmmaker. His films, including the features Married Life (2007), The Delta (1997), and the Sundance Grand Jury Prize winning Forty Shades of Blue (2005), have been screened at the Berlin, Toronto, New York, Rotterdam, and London Film Festivals, as well as in most of the major gay and lesbian film festivals worldwide.

Remembrance of Things Past by Marcel Proust

I Remember by Joe Brainard

Wild Animals I Have Known: Polk Street Diaries and After by Kevin Bentley 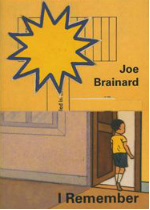 This short list among many are three books that all involve the exquisite act of memory, something that I find queer writers particularly good at. Proust is the grandfather of us all, and writes a book that is as contemporary today as ever, and continues to speak to me about all the important things in life: sex, love, family, art. Brainard’s book-long poem is best read out loud: He manages to convey the feeling of being alive and in the Americas as well—or if not, almost—as Whitman.  Bentley’s little known masterful memoir is the best book about gay life in the 20th century I have read. Unflinching, full of humor, full of sex, and death, and everything in between, its like Proust in miniature, if without the extravagant prose. But with just as much heart, and just as much of that wonderful queer sensitivity.s

The Young and Evil by Charles Henri Ford & Parker Tyler

The Young and Evil is a hard book to describe in part because it’s an even harder book to read. It was written in a frantic surrealist style that makes no discernible sense, except in vibe and essence.

Essentially, it’s about a group of young ‘queer’ men living in New York City in the 1930s. They drink like fish, sleep with each other, abuse each other, take a lot of drugs and hang out with fashionable black drag queens in Harlem. They don’t really work, or care about much, except for pleasure, which they doddle their time away pursuing. It’s a vivid portrait of bohemia that serves both as a fascinating read and a poignant glimpse into early 20th century American gay life in New York City. 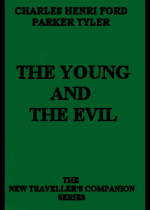 The Young and the Evil

It was one of the first American ‘gay’ novels to be published as far as I know. Gertrude Stein famously said of the book, “The Young and Evil creates this generation as This Side of Paradise by Fitzgerald created his generation.” I think she exaggerated the cultural relevance the book would have, but its originality cannot be questioned.

Regardless of its shortcomings, The Young and Evil is a book I find myself referencing quite often, partly because it feels so contemporary even today. Seeing my own version of gay bohemia blossom around me in North Brooklyn during my twenties, I’ve found myself casting The Young and Evil in my mind with people that I know in my life. This is remarkable considering its age and all that has happened in gay history since then.

Charles Henri Ford himself was the original gay rebel.  I was fortunate enough to meet him once, shortly before he passed away in 2002. I was taken by my then boyfriend Allen Frame to his apartment in the attic of the Dakota. He was nearly incoherent, but a lively presence whose energy you felt even before you entered the room.

That apartment had cluttered with boxes filled with art and artifacts tracing the history of the twentieth century in the lives of all the queer art legends that he knew. To describe what I saw in that apartment is a whole other article, but suffice to say I was damn lucky to see it. 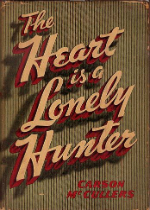 The Heart is a Lonely Hunter

Courtney Trouble
Courtney Trouble is a filmmaker, published and celebrated photographer, queer rights activist, DIY genius, and an award-winning feminist pornographer. Courtney is the founder of NoFauxxx.Com and QueerPorn.TV, as well of the director of 12 full-length films.

My favorite queer book is: The Heart is a Lonely Hunter by Carson McCullers.

Connecting to the queerness of being a strange girl, an outcast, and the writing is just so poetic. I also love the whole genre of novels about girls growing up in the south. This book is magical. 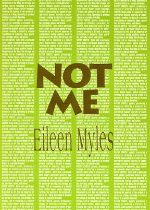 Matt Wolf
Matt Wolf is the director of Wild Combination, the acclaimed documentary about the queer avant-garde cellist and disco producer Arthur Russell.  He is currently working on Teenage, a historical film about the invention of modern teenagers, based on a book by the British punk author Jon Savage.

Close to the Knives by David Wojnarowicz

Not Me by Eileen Myles

Our Lady of the Flowers by Jean Genet