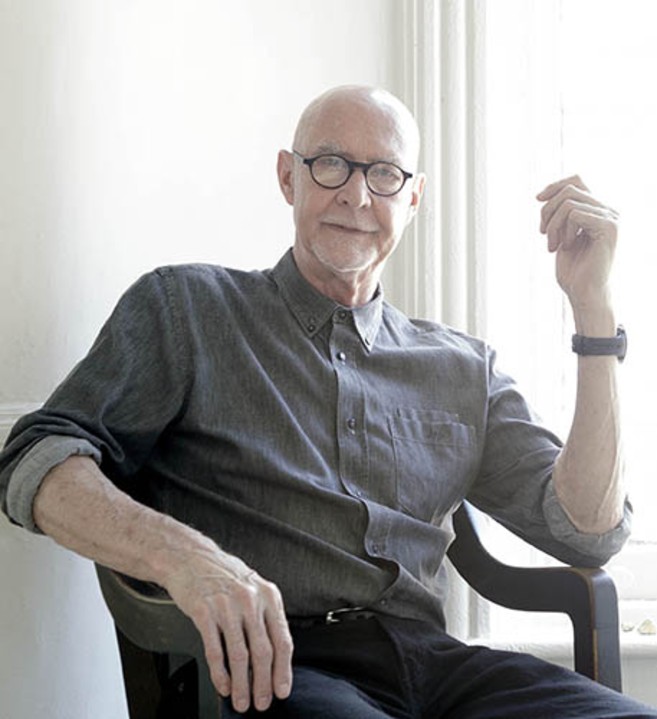 Lambda Literary Award nominated critic and art historian Douglas Crimp, 74, has died. Crimp died on July 5th in his home in New York City; the cause of death was multiple myeloma.

Born on August 19, 1944 in Coeur d’Alene, Idaho, Crimp studied art history at Tulane University. Moving to New York City in the late 1960s, Crimp immersed himself in the contemporary art scene. He worked as curator at the Guggenheim Museum, taught at the School of Visual Arts, and later in his career took a professorship at the University of Rochester.

An author and editor of over six books of criticism, Crimp honed his critical eye on such noted artist as Jack Goldstein, Sherrie Levine, Robert Longo, and Cindy Sherman. In the 1980s, political activated by the AIDS epidemic, Crimp utilized his thoughful intellect to explore the power and dynamism of art-infused activism. AIDS Demo Graphics (1990), his book on art’s ability to effect social change, was nominated for a Lambda Literary Award. As Masha Gessen wrote this week in The New Yorker, “[Crimp’s writing] in the late nineteen-eighties showed that different ways of thinking about aids—and about us—were possible.”

[Crimp] has been considered a critical figure in the formulation of a queer aesthetic during the start of the AIDS crisis, in the late 1980s and early 1990s. In 1987 Crimp was invited by October, where he served as an editor between 1977 and 1980, to do an entire issue about art and AIDS. Titled “AIDS: Cultural Analysis/Cultural Activism,” the issue is regarded as a watershed document of its era, and as one of the landmark editions of a journal that, at that time, tended toward less outwardly political content.

Importantly, “AIDS: Cultural Analysis/Cultural Activism” did not focus only on art—it also dealt with activism. Crimp has discussed how he began attending meetings held by ACT UP, a group that aimed to raise awareness about AIDS, which at the time was written off or disregarded by the general public, and how he wanted to do the issue as an extension of these activities

In 2016, Crimp released Before Pictures , a memoir devoted to exploring his formative years as a lover of art and culture.

The community will cherish the legacy of this trailblazing critic.

'New Ways to Kill Your Mother: Writers and Their Families' by Colm Tóibín
Binders Full of Women Writers, Jewish LGBT Must-Reads, and Other LGBT News
Saeed Jones: On His New Poetry Collection 'Prelude to Bruise,' Art vs. Rhetoric, and Camp Aesthetics...