Watch this Terrence McNally Documentary! ‘Every Act of Life’ Presented by NewFest

Watch this Terrence McNally Documentary! ‘Every Act of Life’ Presented by NewFest 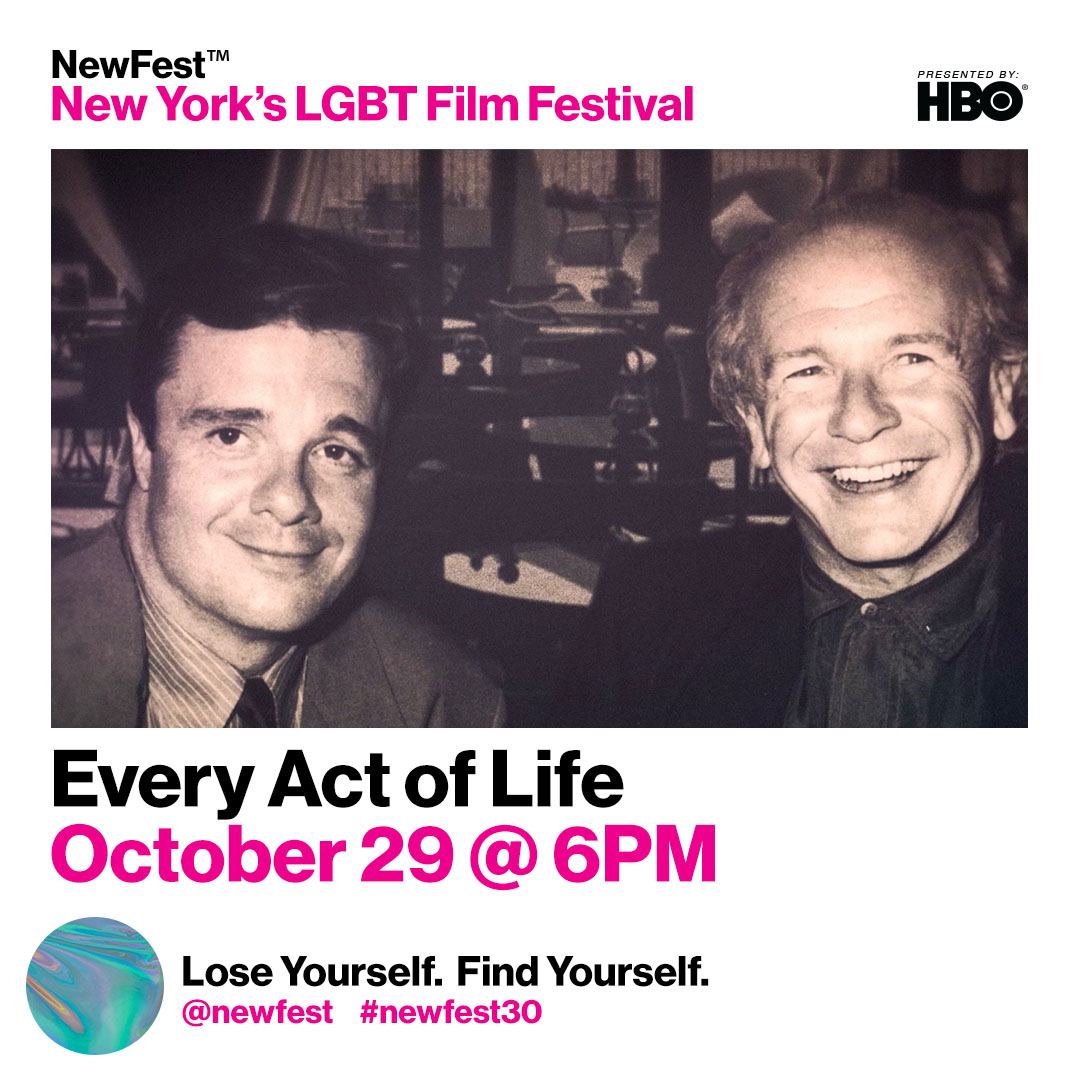 This month, Newfest, is presenting the film Every Act of Life, as part of their 30th Annual LGBT Film Festival.

Playwright Terrence McNally has redefined contemporary gay theater with an extraordinary body of work that includes The Ritz, Corpus Christi, Lips Together, Teeth Apart, and Love! Valour! Compassion!, to name just a few. But his life offstage has been just as fascinating, encompassing activism, addiction, romance, and the constant pursuit of artistic excellence. McNally shares his story onscreen with the help of friends and colleagues like Angela Lansbury, Rita Moreno, Nathan Lane, F. Murray Abraham, and many more, as captured by documentarian and NewFest alum Jeff Kaufman (THE STATE OF MARRIAGE).

The film will be shown on October 29th at 6:00 pm at the SVA Theater in New York City.

Click here to purchase tickets. Enter in code LLNF18 (for $4 off tickets).