‘Felt in the Jaw’ by Kristen N. Arnett

‘Felt in the Jaw’ by Kristen N. Arnett 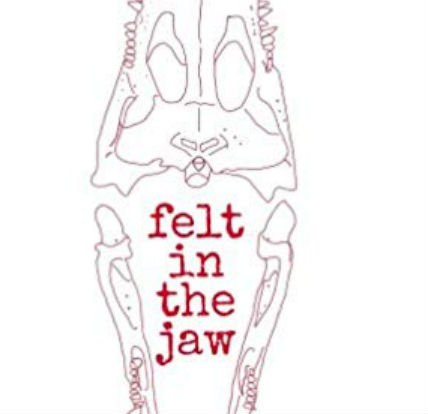 A woman running an errand for her pregnant wife finds a stranger dead in a parking lot. A young dancer suffers from a neurological disorder that eats away at her memory. A child’s resentment of her wealthier, attractive younger cousin culminates in a shocking, irreversible accident. The hot Florida sun beats down on the characters in Felt in the Jaw, Kristen N. Arnett’s debut story collection, as their lives unravel.

Many of the ten stories collected in Felt in the Jaw explore queer domesticity and its discontents. In “Aberrations in Flight,” a couple purchases a house together, and the frustrations of the fixer-upper’s many faults reveal the fractures in their relationship. In “Playing Fetch,” two women expecting their second child deal with the sudden loss of their toddler. And in the collection’s titular story, a woman attempts to have a normal birthday celebration for her daughters after her partner has left her, only to find herself bitten by a poisonous spider and unsure of how to take care of herself, emotionally or physically.

In other stories, queerness disrupts the apparent normality of suburban life. At the outset, “lebkuchen” seems to describe a single oddball babysitter, Anja, in an otherwise manicured suburban neighborhood. But Arnett turns the tables: Anja discovers two of her employers—socially respected housewives—having an affair. In “Blessing of the Animals,” a woman who has dreamed of a church wedding her entire life asks the pastor of her Baptist church to marry her and her female partner.

Much of Felt in the Jaw is set in Florida, and Arnett makes the setting into more than a mere backdrop. Florida’s lush natural life and humid temperatures intrude into the characters’ lives, upsetting their plans for themselves. Throughout “Aberrations in Flight,” birds kill themselves flying into the couple’s back windows, and the sun incinerates everything the narrator tries to plant, preventing the protagonists from ever feeling at home. In “Notice of a Fourth Location,” the heat suffocates a woman who falls asleep in her car, waiting to start her shift at Dunkin Donuts. Arnett uses Florida’s strange environs to unsettle her characters’ lives, to make the mundane unsettling and the unsettling mundane.

Felt in the Jaw excels at revealing moments of fracture, moments at which the careful facades Arnett’s characters have built around their inner lives finally crack. Arnett’s ability to draw out the poignant and the strange is perhaps most masterfully executed in the devastating story, “A Decline in Natural Numbers.”

Brianna, a young dancer, suffers from an undiagnosable, degenerative neurological disorder. Around her, Brianna’s family struggles to cope with their illness and their grief. Brianna’s progressive memory loss—and with it, the ability to remember simple words and perform everyday actions—is the focal point of most of the story. Arnett deftly shows readers how Brianna struggles to remember words she used to take for granted, and how the family’s life has shifted as a result of her illness. Brianna’s memory loss seeps into the narration itself:

M O T H E R puts the wet bread and meat on the glass circles and Brianna has a purple fruit to drink. Brian sits across from her and she tries to kick him under the table but he is looking down at the bread and the meat and his mouth is moving fast to get the food inside, big gulps of purple fruit so he can leave the empty glass circle and go upstairs to the colored screen to talk to friends. Not many people come over to their house now, not since Brianna stopped dance and not since Brianna stopped school, and not since M O T H E R quit work and stayed home so Brianna would never be alone again after she put the bread and the cheese on the red coils and did not remember to use the round metal pan.

Felt in the Jaw is full of such moments, both beautiful and painful. These ten stories show the complex, at times contradictory emotions that coexist within its characters—hope and grief, self-centeredness and generosity, desire and disappointment—painting an intricate portrait of the joys and difficulties of love.

Our Caribbean - A Gathering of Lesbian and Gay Writing from the Antilles: Edited by Thomas Glave
Blacklight: Commentary on the Past, Present, and Future of LGBTQ Crime Fiction
'Love Burns Bright: A Lifetime of Lesbian Romance' edited by Radclyffe