The True Story Behind ‘A Very English Scandal’, Andrew Holleran’s Early Days as a Writer, and More LGBTQ News

The True Story Behind ‘A Very English Scandal’, Andrew Holleran’s Early Days as a Writer, and More LGBTQ News 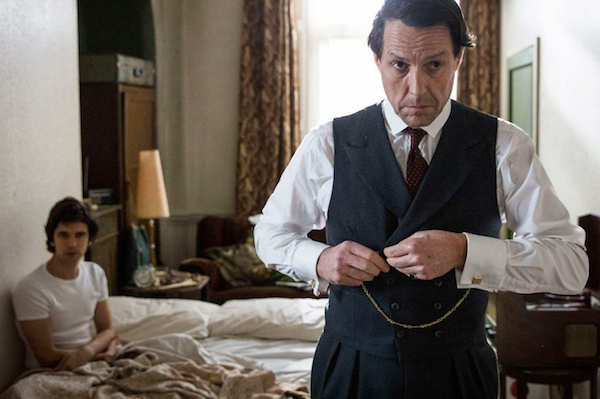 At Vulture, Joanna Scutts delves into the true story behind the new Amazon miniseries A Very English Scandal. Based on the book by John Preston, the adaptation comes from writer Russell T. Davies and director Stephen Frears, and stars Hugh Grant and Ben Whishaw. And it is, as Scutts says, not your grandmother’s Masterpiece costume drama:

If you think British historical dramas are all decorous whisperings about how one should behave upon meeting the queen, this mini-series is here to prove that notion wrong — courtesy of Hugh Grant, with a glint in his eye, as he brandishes a tub of petroleum jelly.

Mike Miksche has a story at Them about Andrew Holleran’s early days as a writer and how his iconic novel, Dancer from the Dance, came into being:

“It wasn’t until I wrote about gay life that suddenly I had material: things I felt, and things that I had thought about, and things I had observed,” [Holleran] says. He realized he needed to write about his own experience to make something that felt alive. “What happened to me was coming out in New York and being gay, really in retrospect, and that’s what Dancer was all about.”

Amy Gall spoke with Jordy Rosenberg for the Barnes and Noble Review “about the collective nature of book making, our debts to history, and of course the challenges of writing [the] 18th century sex scenes” in Confessions of the Fox.

In book award news, The Golden Crown Literary Society announced the 2018 Goldie winners. RJ Samuel was awarded the Ann Bannon Popular Choice award for An Outsider Inside, and the Lee Lynch Classic Award went to Elana Dykewomon for Riverfinger Women. If you’re looking for some lesbian literature, be sure to check out the full list of winners.

The trailer is out for the film adaptation of Garrard Conley’s gay conversion therapy memoir Boy Erased. The film stars Lucas Hedges, Nicole Kidman, and Russell Crowe, and will be in theaters November 2nd.

Modern Poetry in Translation’s summer issue is focused on LGBTQ+ poetry. Among the translations you’ll find in “The House of Thirst” are poems by “Marieke Lucas Rijneveld, Else Lasker-Schüler, Norman Erikson Pasaribu, Friedrich Chernyshov’s urgent poems about transgender lives in the Ukraine, 19th Century Kurdish poetry, and Jayan Cherian’s ‘homoerotic big bang’ in a new version by Richard Scot.” 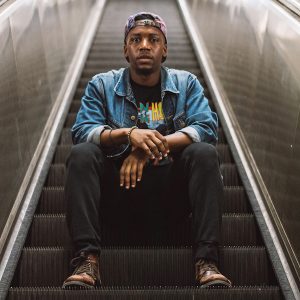 Theodore Kerr profiled Timothy DuWhite and talked to him about his playwriting debut, Neptune, for The Village Voice:

In this one-person show, DuWhite plays multiple characters, including Wayne, the play’s protagonist. Wayne is a young black gay man living with HIV, figuring out how to survive and thrive in a world that seems hell-bent on snuffing out his existence.

Tab Hunter died on July 8. One of the last actors to come up through the studio system, the iconic Hunter was one of Warners’ top-grossing stars in the 1950s, famously dating Natalie Wood while keeping his life as a gay man secret. He described this “double life” and his romance with Anthony Perkins in his 2005 memoir, Tab Hunter Confidential: The Making of a Movie Star, which is now being adapted into a film entitled Tab & Tony. He was 86.

If you’re looking for a new read, check out Autostraddle’s list of 8 Books That Feature Queer Jewish Women to Read Right Now. Or head over to Book Riot, where Jessica Yang published a list of 10 Queer PoC YA books after not seeing enough on all the book lists she saw circulated during Pride Month.

Amid all that’s going on in the world these days, there is some good news: more adults in the US are reading poetry now than in the last 15 years. Jennifer Hijazi at PBSNewsHour reported on the NEA and US Census Bureau survey that found 28 million American adults reading poetry this year. More evidence that it’s the young people of this country who are going to save us: the numbers for poetry readers 18 to 24 more than doubled between 2012 and 2017.

And finally, one of those young people who’s going to save us, ninth-grader Jeremy Cavanaugh, has won the “We Solve Problems Essay Contest” (in which students select a problem and solve it in an essay of 600 words or less that is judged by 230 business and government leaders) for his essay entitled “Protecting Our LGBT Youth in Schools.” Cavanaugh’s essay won out over scores of other essays on topics from technology/social media to drug abuse. As Cavanaugh writes:

By having a LGBT-inclusive curriculum, students will become more accepting of their LGBT peers, decreasing the amount of harassment towards LGBT students. This will, in turn, make LGBT students feel safer and more comfortable in a school environment, which is a right that everyone deserves, no matter what they identify as.

If you’d like to read his full essay, it’s available on the contest’s site. Congrats, Jeremy!

Photo of Hugh Grant and Ben Whishaw in A Very English Scandal by Sophie Mutevelian/BBC/Blueprint Television Ltd via Vulture; Photo of Timothy DuWhite by David Friend via Village Voice

Read This! Peter Cameron's Suspenseful What Happens at Night
Keeping Up with the Gays of DC and Marvel : New York Comic Con
In the Garden of Life: A Tribute to Maxine Kumin