Read This! An Excerpt from Emerge: The 2018 Lambda Fellows Anthology

Read This! An Excerpt from Emerge: The 2018 Lambda Fellows Anthology 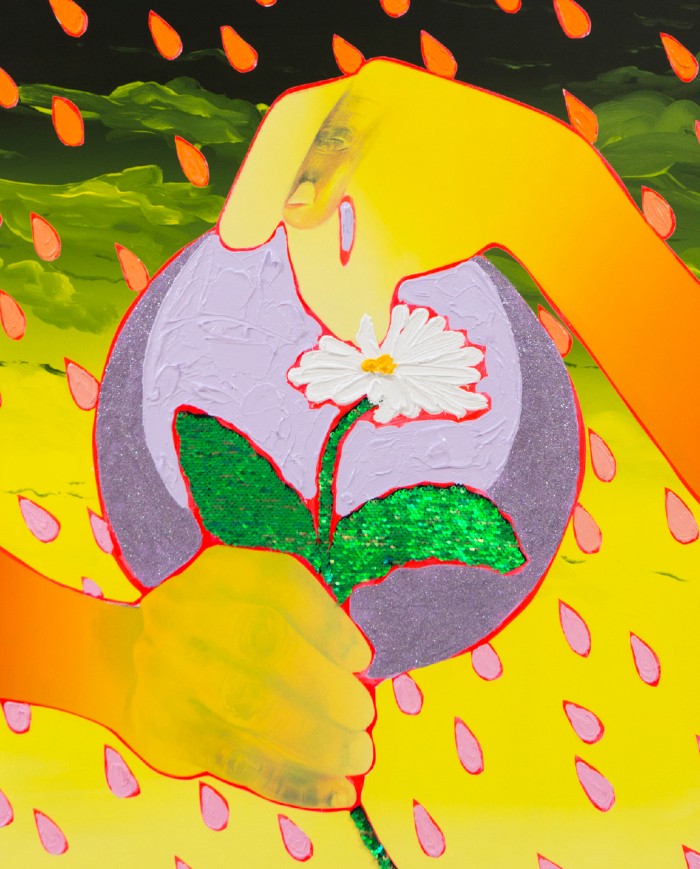 The latest volume of Emerge is here!

The Retreat is an unparalleled opportunity to be mentored by the very best writers in our community, to develop one’s craft, make connections with publishing industry professionals and build a strong community of peers. Over 50 writers are included; with an introduction by 2018 faculty member Ryka Aoki. Buy a copy here and help support the future of LGBTQ literature.

Below is the editor’s note from JD Scott, the Emerge: 2018 Lambda Fellows Anthology editor.

In his introduction to Cruising Utopia, José Esteban Muñoz wrote that queerness “allows us to see and feel beyond the quagmire of the present,” and that “we must dream and enact new and better pleasures, other ways of being in the world, and ultimately new worlds.” I think about these phrases a lot, perhaps because most days the present feels unbearable.This editor’s note is the final task for me beyond designing this anthology, and it’s one I write as public radio lingers in the background with continuous dispatches of presidential transgressions. If I don’t say any names here, it’s not because I seek timelessness, but because I don’t want these “politicians” to overshadow our words, our work. They already haunt our present, shouting through the megaphone with messages of racism, anti-Blackness, transphobia, queer antagonism, xenophobia, Islamophobia, ableism, policing of reproductive rights, class warfare—the list goes on. Even LGBTQ+ spaces aren’t free of these inequities, but in a future, one would hope they might be.

In the time I’ve worked on this anthology, there’s been the longest government shutdown in US history, families have been forcefully separated and children have died in camps at the US-Mexico border, and as of this week the President’s ex-lawyer gave a testimony to Congress that I hoped would include enough breadcrumbs to result in impeachment. But is it damning enough? Will any of this change? In this same time frame, a dozen Democratic candidates have announced their nomination for the 2020 presidential election. There are so many unknowable futures outside this editor’s note and this anthology’s publication date, but perhaps the words that follow will, in some way, feel like thaumaturgy, a divination out of the present. Speculation equals survival: a means to imagine an untangling of oppressions.

In the near-past, over sixty writers gathered over the course of a week for the 2018 Writers Retreat for Emerging LGBTQ Voices. These writers not only represent an entire spectrum of genders and sexualities intersecting with many other identities and backgrounds—but liminal spaces of genre—writing on the vanguard. This past August, we created a type of queer temporality where our words and our creativity and our politics entered the air with electricity, and although that time and space of gathering has passed, we can create another temporality within the pages of this anthology. It’s inside these words that follow that I hope some of you find a reprieve, a beacon. 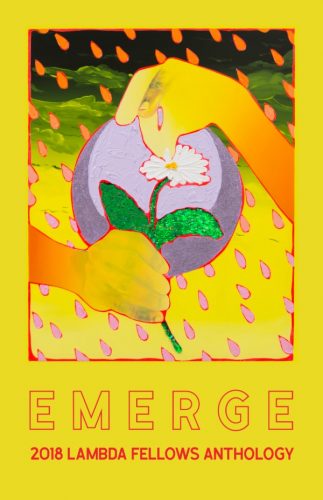 emily m. danforth picked the writers in my young adult cohort because we each have a book hidden inside of us that the world has not seen yet—she said as much. I imagine the other teachers selected their students for similar reasons—new, LGBTQ+ works that the world hasn’t experienced yet—but they need to. It might seem silly to hone in on children’s literature as a means of resistance—until you remember that depictions of queer and trans characters are largely still regarded as aberrant, “inappropriate.” Books are still banned in K–12 schools across our country for daring to hold a mirror up to LGBTQ+ children—show them who they are and who they might become. Many of the people in my cohort never grew up seeing themselves in their favorite books, movies, television shows. These stories that have been historically locked out of traditional publishing are vital pathways to queer futures. We need them. Representation—in all its intersections—matters.

I thought about that so much for the week I listened to my peers’ (soon to be friends’) incredible stories. Not only was I in a room where each person was working on a novel, but I was with people writing LGBTQ+ young adult novels. I thought about the dozens of writing workshops I had sat in throughout my life, and the retreat was the first time I didn’t have to explain queerness or queer dynamics for a predominantly straight, cis classroom. We just dove right in, talking about the work itself. The queerness was incidental, obvious. Everyone sitting beside me had that vocabulary inside them already. Definitions were unnecessary for what existed in the blood, the bones.

I’m talking about young adult literature, but I’m also talking about poetry and fiction and nonfiction and playwriting and hybrid works and cross-genre spaces. If queerness is about the possibility of going beyond the now, then you are in for a treat, because the works that follow are formally, aesthetically, linguistically, topically, spiritually, emotionally cutting-edge and breaking new ground for LGBTQ+ writing.

If there is a potentiality for another world, Lambda Literary represents a boulevard of prospects. They are already doing so much to serve a variety of communities. They gave us time and space at the retreat—and hopefully, what follows, is a promise past the quagmire of our present. This past week, I saw a tweet from an editor at O (Oprah’s magazine) asking for LGBTQ+ writers to reply with their books coming out in 2019. At the time of this editor’s note, this tweet has around 2000 retweets, 7000 likes, and 900 replies. Despite everything, despite all the grim news of death, the state-sanctioned oppression, the dystopian signals continuously playing on talk radio in the background: there is survival. We are publishing. We are thriving. There is a tomorrow, and the writers and creatives that follow come from those worlds. They come from different cities, different races and ethnicities and classes and sexualities and genders and bodies, and they are each telling their necessary stories. They are building time machines inside their bodies and on their tongues, with each new word bringing us toward exceptional futures.

New in February: Brandon Taylor, R. Eric Thomas, and Lidia Yuknavitch
The Year That Was: A Queer Literary 2019 in Review
Marlon James, the Future of LGBTQ Media, and More LGBTQ News