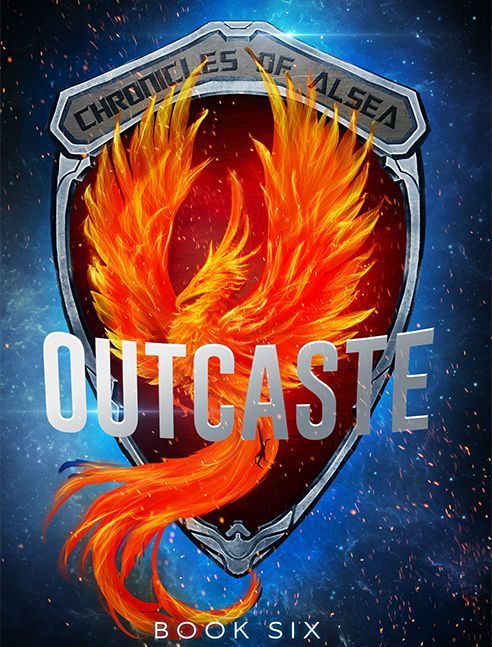 From the age of 10, Rahel Sayana has only wanted one thing—to train and become a warrior. Unfortunately, her father has other plans. He sets her on a course to become a merchant like him and eventually run the family shop so she can sell the wares that her brother and sister craft.

Rahel manages to convince her mother to let her train at the warrior house, promising that it won’t interfere with her merchant duties. After a year, however, there’s no room for compromise when her father announces that she’ll be inscribed as a merchant, cutting off any chance that she’ll ever be a warrior.

With no other choice, Rahel slips out in the middle of the night, headed for the city of Whitesun, where she’s an outcaste for the first time in her life. Because she doesn’t want to be found by her parents, she can’t rely on the merchant or crafter caste houses for shelter or sustenance, which means backbreaking labor on the docks and other unsavory work.

Rahel is thrilled when she finally achieves her dreams despite the obstacles in her way. However, when the land of Alsea is pulled into war with beings from another planet, her life tilts off its axis and she finds herself an outcaste again. Can a desperate move get Rahel everything she wants? Or will it lead to something even better?

Outcaste is the sixth book in Fletcher DeLancey’s Chronicles of Alsea science fiction series. It’s a great entry point for anyone who hasn’t picked up an Alsea story before because it isn’t necessary to have read any of the other books. Fans of the series are sure to love it because it gives a different perspective on events from earlier books, explaining why certain major events unfolded the way they did.

One strength of Outcaste, like all of the Alsea books, is its worldbuilding. DeLancey has created a world (and universe) that is rich, believable, and easy to imagine. Outcaste reminds readers of how things work in Alsea while simultaneously offering perspectives never before found in the series. Alsea is a unique world, even using its own units of time and measurement, as well as terms and phrases that are exclusively Alsean. Thankfully there’s a glossary at the end of the book, because while some can be guessed, readers may want assistance.

The best element of Outcaste is Rahel’s journey, which is excellent because it’s complex, layered, and thorough. We first join her as a child, when she’s frustrated with the path that her father insists she take, and follow her for more than 20 years. We see the sheer grit and determination she has and her willingness to do whatever it takes to achieve her dreams, some of which put her in harm’s way just to keep a roof over her head. And, because it takes place over such a long period of time, it feels like the story shifts from YA sci fi in the first part to being more like the sci fi for adults that comprises the rest of the Alsea series.

Rahel Sayana is surrounded by a strong cast of side characters that includes her family, friends who become her family of choice, and characters that readers of previous books in the series will recognize, like Lancer Andira Tal, her bondmate Salomen Opah, and others who are close to them. Of particular note are Mouse, who becomes Rahel’s roommate and best friend in her early days in Whitemoon, her mother Ravenel, and a professional comfort giver named Sharro. All three of these people ground Rahel as she grows and changes, and they remain at the core of her heart no matter her circumstance. Mouse and Sharro are beautiful examples of how crucial found family can be when your family of birth can’t be trusted. Ravenel goes on her own journey too, including becoming the parent Rahel needs, and her happy ending is just as satisfying as Rahel’s own story conclusion.

Outcaste is a superb work of science fiction that shouldn’t be missed, even for readers who don’t consider themselves fans of the genre. For readers unfamiliar with Fletcher DeLancey, this is a solid place to start, and a perfect introduction to the whole Chronicles of Alsea series.

'We Love You, Charlie Freeman' by Kaitlyn Greenidge
Writing Satire in the Age of Trump
'Cakewalk' by Rita Mae Brown