Queering The MFA: Author Sassafras Lowrey Discusses How to Pick a Program

Queering The MFA: Author Sassafras Lowrey Discusses How to Pick a Program 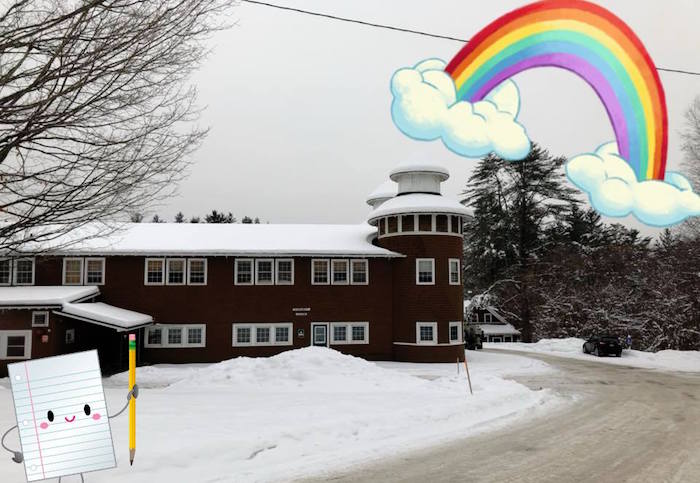 For a decade I have trash-talked MFAs pretty much any chance I got. I think there is an overemphasis on them in a lot of literary circles. I hate hearing writers say that they want to get an MFA in order to be a “real” writer—all writers are real writers and there are a lot of not-traditional ways to gain literary skills. Last year at AWP I was on a queer panel and delivered a paper about how zines and zine culture, where I got my start writing, were the closest to an MFA I was going to get. A year later? I’m enrolled in the Goddard College low residency MFA and actually, despite myself, enjoying being a student.

My writing was influenced heavily by zines, and that punk DIY ethic is very much how I’ve built my writing career. I wanted to believe I could ultimately be successful enough the degree wouldn’t matter, or more realistically that I could DIY a terminal degree… Spoiler: you can’t. I’ve taught a lot of writing workshops in community spaces, but was that enough to get me in the door to teach writing at a college? Nope. Five years ago the wonderful lesbian author Sarah Schulman told me I had to get an MFA if I wanted to teach. That ultimately no matter how many books I wrote, no matter how well they sold, or how well they did in awards, without that terminal degree I would be stuck as a visiting artist but colleges weren’t going to hire me to adjunct. I was mad about it, but she was completely right.

Sometimes as much as I hate to admit it you just have to play by the rules, which is how I have found myself 33 years old, 10 years out of undergrad, 5 published books, a muggle job that I was completely burned out from, applying to grad school, quitting my job, and becoming a full time student/ full time writer (with a partner who is shouldering most of our bills). This journey has led me into a lot of conversations with other queer writers who were also considering getting MFAs who had shared a lot of the same concerns I had about how to pick a program as a queer writer, and what returning to school would be like.

Once I decided that I was going to get an MFA I had to find a program. This is where a lot of queer writers I spoke with have gotten stuck, which is understandable. The process can be daunting, there are so many choices! My family and I live in NYC and moving was off the table, so I was only looking at programs that were in the city or low residency. That narrowed things down a little bit. When I started this process I really thought I’d find myself at a big NYC program, but then was so unimpressed with how they answered questions about the experience of queer writers in their programs I ended up not even applying!

My biggest piece of advice to prospective LGBTQ MFA students is to know what your priorities are, and then ask programs direct questions based on those priorities, especially if LGBTQ representation is something that matters to you because it may not be immediately apparent in the promotional material being put out by the college. A program with a lot of familiarity with queer writers was, other than location, the biggest priority for me, so when I was exploring programs I wanted to know about the experiences of queer students. I also wanted to know things about how many students were returning students (because at 33 evidently that’s what I am now), and finally what kind of experiences established writers entering the program had — I know I have a lot to learn, but I also am coming in with a lot of experience. I wanted a program that valued that. The NYC programs I assumed were my first choices? Completely bombed every single one of my questions by not having answers, or just blowing me off.

As a queer writer who writes explicitly queer work, finding a program that really understood me was critical. So when I was researching programs I also looked for the presence of queer faculty. I’ve had friends who applied to MFA programs specifically wanting to work with one faculty member, only to have that person leave, or not take students so it’s not an approach I recommend. I wasn’t looking to select a school because an author I really like teaches there, rather I was looking for what schools had out LGBTQ faculty in their MFA programs, and how many out faculty there were. My reasoning was that if a program had (multiple) faculty doing queer work that increased my odds of it being a school where my work and I would be a good fit. While researching MFA programs I spoke to a number of queer writers who felt pressured to write less explicitly queer work by peers and instructors in graduate school, and I knew that was not something I wanted to deal with.

Ultimately I ended up applying to one program: Goddard’s low residency MFA with a concentration in Fiction. What sold me on the low residency model (beyond the NYC programs not having great answers to my individualized questions) was about the ability to queerly customize my learning experience. When I was looking at applying I knew I wanted to study queerness and fairy tales, and the only way to have a program that specific was to create it myself. Also in a lot of ways ways the low residency, self-directed learning model really fed into my DIY/zine literary aesthetic.

My first residency was in Vermont in January–enough said? There was snow everywhere, and a couple of days the temperatures hovered around -20 F before the wind chill. I haven’t been closeted in 16 years, but when I decided to go to grad school I committed to throwing any shred of respectability politics I might have had out the window and committed to bringing my full queer self to the work, which included residency. This meant I unapologetically wore my bubblegum pink dinosaur kigurumi on the plane (because it didn’t fit in my suitcase), and to workshops for the first couple of days, which included program orientation, because it’s the warmest thing I own. The best part? I wasn’t the only queer writer on campus during the residency! The entire residency was incredibly welcoming to queer students. Goddard was the first college in the country to officially ask students for their pronouns on an official college form, all residency dorms and bathrooms were gender-neutral, no one looked confused when I said I wrote queer fiction. Faculty made efforts to use nonbinary pronouns, and queer themes were matter-of-factly incorporated into workshops. Oh and there was even a guest lecture and workshop by the queer comic artist Justin Hall. Needless to say, I felt uncomfortable being away from home for ten days, but I didn’t feel uncomfortable as a queer person on campus which was a relief, and made me feel confident I picked the right school.

Are you thinking about applying to an MFA program? Concerned about queer writing being taken seriously? My biggest advice is to figure out what is most important to you in your graduate studies. If doing queer work is at the top of that list then definitely do your research, and don’t be afraid to ask questions!

"Be Amazing: A History of Pride" as a Gift to My Younger Self
Reader Meet Author: Personal Advice from Kenyon Farrow
Literary Mixtape: Aspects of Myra, Reflected in Film (1935–45)