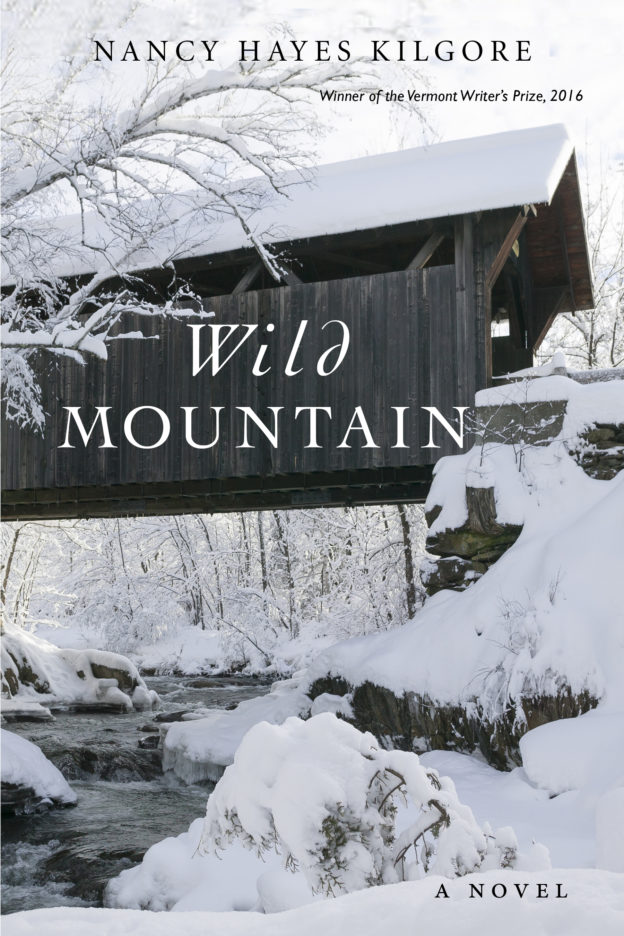 Wild Mountain by Nancy Hayes Kilgore follows local store owner Mona Duval and the community of Wild Mountain, Vermont after the collapse of the town’s two-hundred-year-old covered bridge. While advocating for the bridge’s reconstruction, Mona falls for Frank, a seasonal resident. Heightening tensions in the small town are arguments over the Freedom to Marry bill, which would legalize gay marriage in Vermont. While half of the town supports it, half fights to stick to their traditions, complicating the lives of Mona’s friends Roz and Heather.

Kilgore weaves a tight tale about the complications of a community at odds. While the rest of the state is ready to move forward with the new Freedom to Marry bill, Kilgore shows the hesitation, fear, and even anger felt by many Wild Mountain residents.

Kilgore’s descriptions of Vermont are what make her writing stand out. She beautifully captures the stillness of the rural town, the way the weather works both to isolate the townsfolk, and to make them who they are. Her specifics and the flowing descriptive paragraphs help the reader sink fully into the environment:

Mona leaned back and closed her eyes, breathing in, breathing out, listening to the soothing music and feeling the sun and shadows flicking across her face as the trees beside the road came and went. Through half closed lids, she saw the sap buckets hanging from the maple trunks, and a pungent-sweet smell flashed into her senses—the boiling of syrup in the sugarhouse.

Kilgore’s prose works well to show the sometimes suffocating intimacy of rural Vermont towns. There are no secrets. Everyone has an opinion and makes it known. Kilgore introduces a number of supporting characters, and each is clearly defined—from the teenaged girl who skips school and wears low cut shirts, to the suave, smooth talking reporter from the big city of Burlington.

Even with the strong descriptions and characterizations, at times, the prose fails to go deeper. Character motives are stated instead of being allowed to develop naturally. Mona and Frank’s reactions sometimes feel rushed. At places of heightened tension, their thoughts seem too logical, too clear. As a result, some of their emotions feel forced.

Although Mona supports the Freedom to Marriage bill, her reasons for doing so are never truly flushed out. She wants her friends Roz and Heather to be happy and for the town to get along. But when thinking about the bill, most of her reasoning seems cold and somewhat surface level.

“She believed that everyone should have equal rights. But marriage was a heterosexual thing. Even Heather Brae, who was a lesbian, agreed with that.”

More honest, unfiltered thinking about this topic is needed for readers to truly understand where Heather stands.

Beyond this, the story flows effortlessly. It’s easy to get lost in the narrative. The most powerful part of the book lies with Kilgore’s central question—how do you confront inherent bias in the friends and neighbors you thought you could trust? Mona struggles to understand the hate and anger she sees in some of the residents in town. She fears for the safety of her friends Heather and Roz, who are raising a son together. The townsfolk’s refusal to listen, communicate, and understand the views of those around them frustrates and hurts her.

“You followed your dream, you gathered your people around you and provided them with milk and bread and cigarettes and cans of chili and cereal and soap and salsa and Tampax, you extended them credit, you worked on the rescue squad, but then it all broke down. The connections severed and the group fragmented, a hundred cell phones crackling and breaking up with what? and are you there?”

Wild Mountain is a quiet, beautiful novel full of sensuous descriptions of rural Vermont and the lives of those who reside there. The author does a wonderful job of allowing readers to sink into the intimacy of living in a small town. The love story between Mona and Frank is tender and unhurried, and the prose flows easily. The book’s central problem—our inability to communicate and understand—is what makes this book’s central message so relevant today.

Read This! The Third Issue of ‘Nepantla: A Journal Dedicated to Queer Poets of Color’
What Helped Me Then Could Not Help Me Now
'Naamah' by Sarah Blake