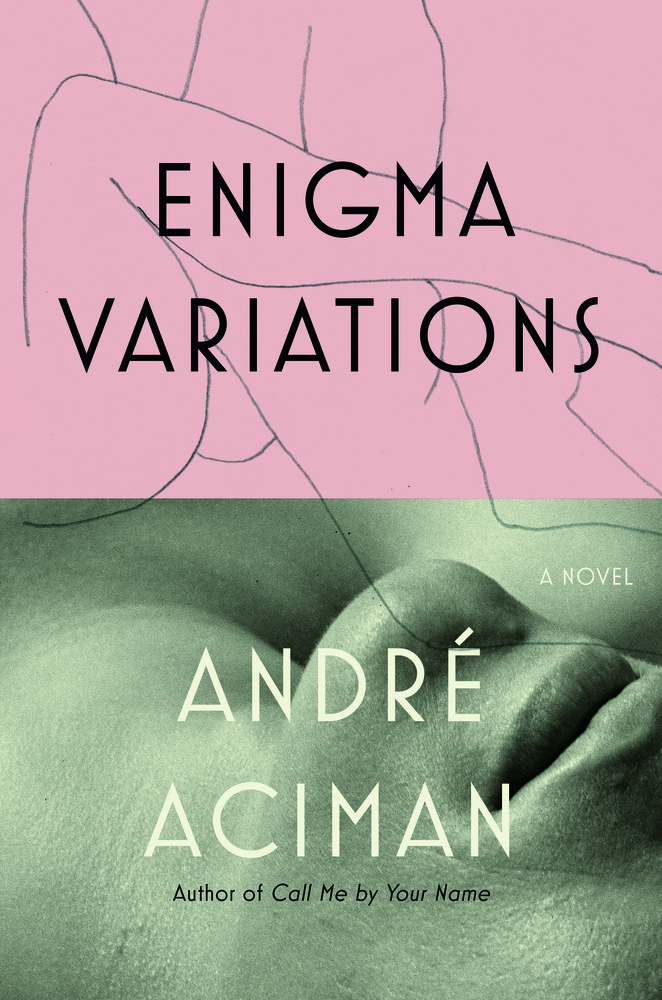 Constructed around five novella-like chapters, André Aciman’s impressive new novel, Enigma Variations, chronicles the intense loves and emotional losses experienced by one man across a half-lifetime. This poetic novel charts rich emotional terrain that plumbs not only the depths of protagonist Paul’s inner world, but also the many enigmatic expressions of love.

This is Egyptian-born Aciman’s fourth novel. He remains best known for his 1995 memoir, Out of Egypt, which related his Jewish family’s years in Alexandria before they were forced into exile. His lauded 2007 work Call Me Your Name detailed a passionate summer romance between two boys in Italy that ultimately extended into a complex relationship of twenty years. Enigma Variations echoes many of the same themes found in Call Me Your Name including the preoccupation with memory and time, the blurring between love and lust, and the way our emotional histories often continue to haunt us.

Enigma begins with college graduate Paul’s return to the island of San Giustiniano, a holiday spot where he and his family summered in his youth. Paul has arrived back in the hopes of seeing Giovanni, the island’s local carpenter, on whom he had an intense schoolboy crush. Although Paul tells others he is returning to see his family’s destroyed holiday house—burnt down for quite sinister reasons, we later learn—he has really returned to find Giovanni and to rediscover this “first love”: “I’ve come back for him,” he writes.

Although Paul had an intense sexual desire for Giovanni as a boy—a name alone that recalls James Baldwin’s own magnetizing Giovanni of Giovanni’s Room—there is still a vaguely class-oriented attraction to him. Giovanni was first employed by the family to refurbish antique furniture and Paul’s interest in him seemed to spring from an interest in the physical labor of Giovanni’s craft. Paul lovingly recalls Giovanni’s hardened coarse hands and meticulous and detailed work on antiques in terms that are highly homoerotic but also importantly remind readers of Paul’s own class immunity from such manual work.

Moving ahead some years to Paul’s return to America, “Spring Fever” details an all-consuming relationship he has with Maud, a girlfriend he is convinced is having an affair with another man after spotting the pair in a local Manhattan restaurant. Here Aciman etches the intense constellation of emotions felt by Paul in this gnawing and destructive paranoia about Maud’s apparent adultery.

The next sections explore Paul’s struggles to establish and maintain meaningful emotional bonds with others, which, although usually sexually satisfying, are often characterized by a disconnect that ultimately pulls one partner away. “Spring Fever” and “Manfred” map out these enigmatic loves between Paul’s male and female partners. The first is with Manfred and is wholly based in a sexual longing—“I know nothing about you. But I see you naked every morning”—before later seeing a woman called Chloe. We see here Paul’s sexual identity as amorphous, as Aciman beautifully articulates the “in-betweeness” felt by Paul navigating these two worlds. He is “neither to be on this side of the river nor on the other but on the space and transit in between,” Aciman writes.

Aciman is an expert in Marcel Proust and Engima Variations is a trove of Proustian energies: the influence of memory, the anxiety around mothers, the sensual pleasure of smell and sight, themes which all enrich Aciman’s already masterful and probing exegesis on love and longing.

But this deeply felt and inward-looking Proustian world carved by Aciman is also paradoxically an isolating experience for readers. As Aciman attempts to demonstrate the “variations” of love felt by Paul across his lifetime, he inadvertently creates a solipsistic and affluent reality that seem immune to the influences or indeed presence of the outside world (for example, we never learn what Paul does for work or how he makes a living). The most apparent moments are those set in New York where Aciman seems to intentional avoid interrelating Paul’s world with the city’s recent history (such as the AIDS crisis, 9/11, the economic recession).

With its emphasis on Paul’s interior world and amorphous sexual identity—“My body had two agendas … I was like an ellipse, with two competing foci but no center”—the novel resists tying its themes to larger social or political concerns, which limits its broader political currency in connecting Paul’s experiences with the wider culture.

Still, Enigma Variations is a rewarding excavation about one man’s inner life, mapping out the way our emotional and romantic ties can shape our self-knowledge for the rest of our lives.