‘The Art of History’ by Christopher Bram

‘The Art of History’ by Christopher Bram 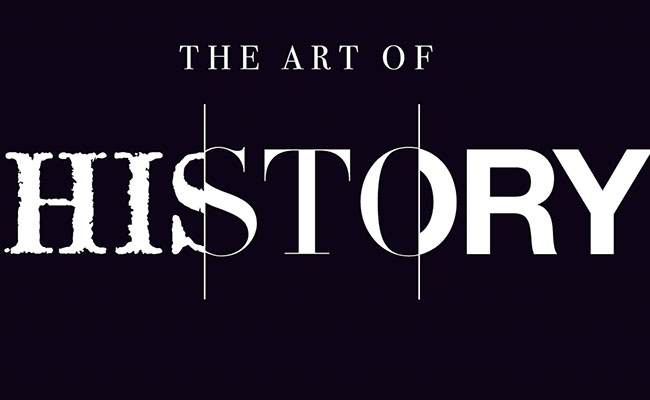 We know Christopher Bram from his grim and comical Father of Frankenstein (1995), a fictional account of Hollywood movie director James Whale later adapted for the screen as the well-received film Gods and Monsters starring Ian McKellen. His more recent Eminent Outlaws, The Gay Writers Who Changed America (2012) also quickly found a place on the literary landscape.

Now his The Art of History: Unlocking the Past in Fiction & Nonfiction hits the mark again.

As Philip Gambone wrote in Something Inside: Conversations with Gay Fiction Writers, “What is most impressive in Bram’s fiction is the psychological and emotional accuracy with which he portrays his characters, and the complex moral vision of his stories…” Bram applies that same skill when analyzing fiction and nonfiction in The Art of History.

I didn’t want to put the book down. If you’re queasy about history and big books, Christopher Bram’s new title pulls you right in, a painless loss of literary virginity.

Bram’s 184-page The Art of History, Unlocking the Past in Fiction & Nonfiction is a brisk and entertaining jog through 29 great books and how authors grappled with history in their writing. The Art of History is not a gay-themed book. In an email Bram noted “there are only a few pages of flat-out gay discussion, but there’s a lot between the lines.” Indeed, his novels represent enough classic Americana that readers will surmise potential homoeroticism in plot twists and settings.

Although some titles Bram examines are lengthy–Gabriel García Márquez, David McCullough, Toni Morrison, Leo Tolstoy–his nine chapters move smoothly with the ease of someone who knows his stuff. One gets the impression if Bram told us everything he knows about literature we’d be seated for a long time. His unraveling skills are illustrated by a bread metaphor in which historical “details” are the raisins in the bread. Bram begins with raisins and ends up with bread by the end of his explanations of his authors’ recipes to include history in their works.

“Much can be gained by treating fiction and nonfiction as different sides of the same mountain,” Bram writes. William Styron’s The Confessions of Nat Turner is one of those mountains. Eminent historian Martin Duberman, Bram notes, said that “the book might be a flawed novel, but it’s impeccable history.”

Bram notes there are a limited number of plots for novelists to rely on so he has fun with the sayings: “Truth is stranger than fiction” and “You can’t make it up.” He delights that history presents gorgeously adorned characters in follies so bizarre we conclude a story must be true otherwise it’s not believable. Therefore, he concludes, History is good medicine, a tonic for our here and now anxieties.

Marquez’s character Florentino in Love in the Time of Cholera declares “My heart has more rooms than a whorehouse.” So does history. Finally, writing about serious reading that doesn’t put one into a coma.