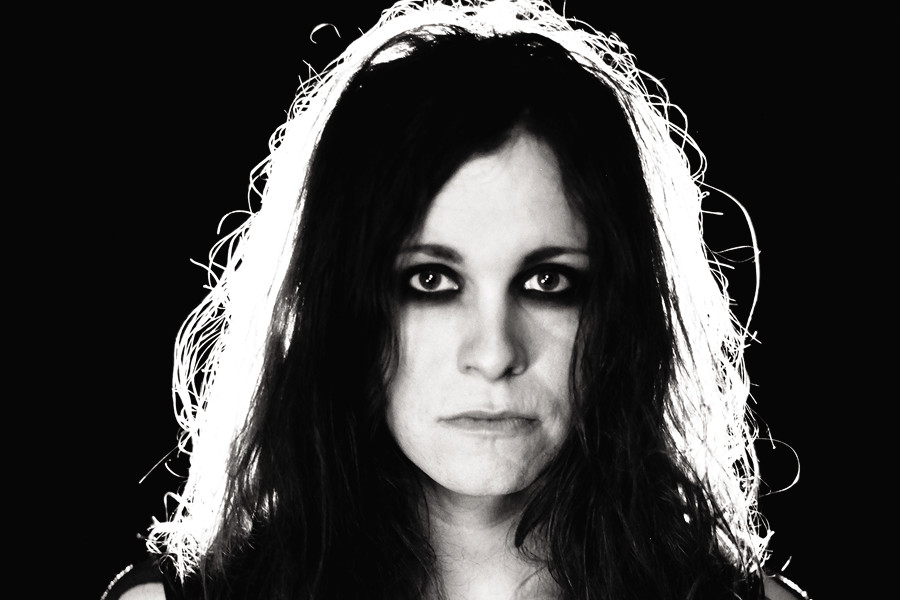 “I found a lot of parallels between recording an album and writing a book. I came to find myself looking at each chapter like a song.”

In the world of punk rock, it’s almost sacrilegious to aspire to make money, write critically acclaimed records, and play sold out shows, but over the course of their nearly 20-year history, that’s exactly what Against Me! did. Started by Laura Jane Grace in 1997 as an anarchist-leaning DIY punk rock band, Against Me! is considered by many to be this generation’s The Clash, with Grace as its complicated lead singer and songwriter.

Assigned male at birth, Laura Jane Grace came out as transgender in an interview with Rolling Stone in 2012, dropped her birth name, and started living openly as a trans woman. In the years following her coming out, Grace has become a visible face in the trans community, an outspoken advocate for transgender issues who burned her birth certificate during a concert in North Carolina.

In her new book, Tranny: Confessions of Punk Rock’s Most Infamous Anarchist Sellout, Grace tells her life story, including Against Me!’s roller-coaster trajectory and her own personal battles, shared through journal entries and a narrative weaved with the help of co-writer Dan Ozzi. Grace was kind enough to chat with Lambda Literary about her new book.

With Against Me!’s new album out and the publication of Tranny, how are you feeling?

I’m feeling pretty relieved. There was a lot of hard work put into both of them, so to see them born into public existence is both exciting and kind of surreal.

Why did you decide to write a memoir, and why now?

Writing a book has always been an aspiration of mine. I’ve always wanted to be an author. I’ve always kept journals with no real intention of doing anything with them but also never throwing them away. About four years ago the sheer weight of the lived writing (both the metaphysical and the actual physical weight of the journals) I guess got to be too much to ignore and I thought it was time to do something about it. I decided I wanted to turn them into a book. I was going through gender transition at the time, and it seemed like the first step forward was to reconcile with the past.

You’ve said that no matter how much production goes into an album, you know that the lyrics are yours and you have control over them. How does the experience of writing lyrics differ from writing a book, especially when working with a co-writer?

I found a lot of parallels between recording an album and writing a book. I came to find myself looking at each chapter like a song.

There are parts of doing both that are really solitary acts but also parts that you need other people involved.

If you’ve been alone in a studio for a week working on a song, you’re hearing of it is skewed versus hearing it for the first time. You need other ears to bounce things off of. Same with writing: having other people involved, whether that’s working with a co-writer or editor or even the marketing staff, puts your convictions to task. When other eyes are looking at what you’re writing you figure out quickly what you really mean and what you don’t. You also realize that nothing is precious. Sometimes you have to cut ideas that you may have initially thought were gold.

Song lyrics appear throughout the book within your journal entries. Would you consider Against Me!’s catalog to be a companion piece to Tranny, and is Shape Shift With Me [Against Me!’s new album] the potential next chapter?

The back catalogue is definitely the soundtrack to the book. How could it not be? I’d also say the other bands we toured with over the years are a part of that soundtrack too.  I thought about starting off each chapter with a song list suggestion to listen to while reading, but I think it would have ended up being way too many songs to choose from.

Shape Shift With Me  is kind of an odd duck of the bunch, really. It’s detached from the book. It’s what I was working on while finishing the book, kind of at my breaking point with the book. I needed a distraction from the pressure, so ironically that became songwriting. Usually all the pressure is on the songwriting. So in some ways the record is the ‘anti-book’.

Writing a memoir is all about reflection, chewing on the past. I was writing songs about the immediate. What I felt right then, not what I felt about way back when.

A recurring theme in the book is the identity you take on to satisfy other people’s expectations—whether as an anarchist, a rock star, a partner, a parent, or a trans woman. As your level of celebrity continues to grow, do you feel any sense of expectation to represent any of the communities to which you belong?

Having felt all those pressures before, and having felt like I was always kind of a let down when facing them, that’s my immediate feeling when facing any new sense of expectation. I just think “That’s nice but I’m eventually going to let you down so…”

I’m just trying to live, you know? Be the best version of myself.

Well, now that I’m done answering these questions I think I’m going to get back to writing a new song.

Jonathan Galassi: On Publishing, Poetry vs. Prose, and Meeting Your Literary Heroes
'Magic for Liars' by Sarah Gailey
Margaret Randall on Resistance and the Role of Art in the Struggle for Justice

Seth Dellon is a struggling punk rock guitar player who makes his living as Director of Audience Development and a blogger for Foreword Reviews (www.forewordreviews.com). He lives in the Hudson Valley with his wife and daughter, who is named after a Harry Potter character.