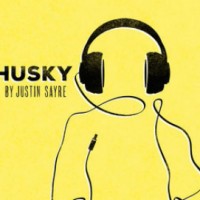 In 1969, queer children’s/YA librarian John Donovan had his ground-breaking novel, I’ll Get There It Better Be Worth the Trip published by Harper. It was the first book I, as a twelve-year-old, had read that in any way raised the issue of homosexuality, though it never did so with that word or any of its synonyms. But its story of Davy Ross, living with his single mother, who forms a strong friendship with another boy that culminates in a drunken kiss (and the requisite subsequent death of his beloved dog in a car accident) broke barriers for what was called the “juvenile” market—and I remember a friendly and sympathetic youth librarian handing it to me to read, without a word, other than, “I’d like to know what you think of this.” I am eternally grateful to her forever for this act.

Donovan’s novel became a kind of template for a couple of generations of queer-driven novels aimed at youth readers that required some kind of tragic climax, even if one or more of the protagonists lived to walk into the sunlight as a secure, gay teen. Justin Sayre’s new novel, Husky, I am delighted to say, takes the archetype of the tween-age boy coming to an understanding of his sexuality (and gender-nonconforming personality and avocations) into a new era. What is so exciting about Sayre’s novel is that it does so in a way that is accessible for and feels genuine in its representation of the experiences of an audience of boy (and, no doubt, girl) readers difficult to write for on sexual identity: the tween-agers. Husky is not a “chapter book” (the current term for beginner novels aimed at primary grade students), such as Alex Gino’s equal revolutionary novel about a transgirl, George, nor does it delve, except in very appropriately tentative and almost preconscious ways into the romantic plots of the typical YA queer novel, such as those of David Levithan and others. Not unlike Donovan’s novel, it barely mentions the words “homosexual” or “gay,” and then not until the last pages.

Husky tells the story of Davis, an overweight, smart, likeable, and genuinely decent boy on the cusp of facing middle school, where a whole new set of rules, rituals, and priorities face him and his cohort of friends, all girls who accept and love him for the non-masculine (but cis-gendered) boy he is. He lives with his single mother, his irascible granny (who, for once, is not merely a plot device or cliché, but a genuinely multidimensional character, amusing and annoying at the same time), in Brooklyn, where he must help out with the family bakery and confront his mother’s developing romance with a sympathetic male worker in the bakery. Davis follows his own drummer in many admirable ways—he is already a baby opera queen and does not try to hide his love of the extravagant and emotional dimensions of that art form. Most difficult for him is the transition from the comparatively undifferentiated world of the early years of school, where his all-female posse does not make him the object of ridicule (or comparatively little) to the more gender-polarized jungle of middle school (and what is to come beyond), where the rules of boyhood and girlhood are more dictatorially articulated and enforced. We feel Davis’ pain when new girl, Allegra, who would appear to be the “mean girl,” enters the picture and plans a “spa party” for one of Davis’ best friends and to which Davis is not invited. He is by no means shunned by his mostly sympathetic and warm female friends, but they are themselves growing into the world of attraction and flirtation with boys, a world Davis cannot enter. One thing that is refreshing in Sayre’s use of Davis as a first-person narrator is that he makes it clear that what Davis is experiencing is not guilt about “unspeakable” desires, but confusion as to where in the world he might fit and find his people (without giving away too much of the plot, safe to say that the novel hints at possibilities Davis may have in front of him, if he indeed comes to a gay identity). And even the supposedly “mean girl” has a few surprises that remind Davis (and us) not to assume too much about who is in our corner and who is not. Even the putative bullies Davis encounters are more thoughtless than malicious (and recognize their thoughtlessness and apologize for it), and the novel ends on a positive note, providing hope for our hero and for the young readers who may identify with him (as this 58 year old reader did).

Sayre has a wonderful feel for how boys this age—particularly boys who are likely to identify at some point as gay—see the world and how they struggle to make sense of it through their own narratives. There is not a false note in the writing—the voice feels so real that we can hear Davis talking to us and thinking to himself. It is refreshing to find a novel which does “push” a boy this age into romantic and sexual situations he may developmentally not be ready for, but which allows his journey into selfhood to seem natural and unforced: there is melodramatic car crash or suicide from which Davis needs to contemplate whether he might be gay. Middle school and its challenges does a perfectly good job of that on its own.

I wish the twelve-year-old me (who was also confined to the “Husky” section at Sears) had had Davis rather than Davy as my model of working through the difficulties of becoming a sexual and gendered self (as much as I admire Donovan’s bravery). And an added plus:  no dogs are run-over in the making of this novel! In its own brief and somewhat quiet way, Husky is a revolutionary book in queer youth literature, precisely because it understands the lived experience of the boy at his specific age. And we older readers may look back with some gentle laughter, a few unexpected tears, and deep admiration for protagonist and author.

Bruce Henderson is Professor of Communication Studies at Ithaca College and is currently writing an undergraduate textbook in queer studies for Harrington Park Press.