‘Another Brooklyn’ by Jacqueline Woodson

‘Another Brooklyn’ by Jacqueline Woodson 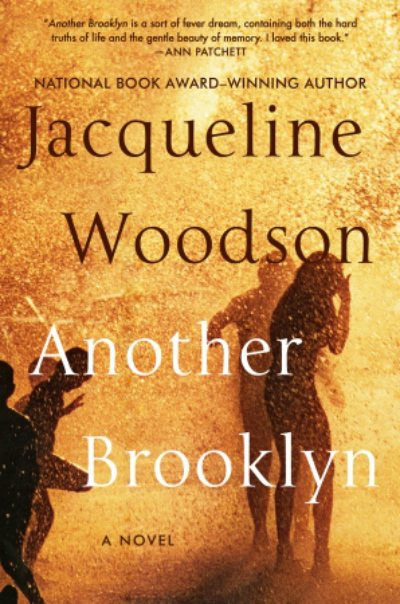 “We lived inside our backstories.”

Told in flashback by the adult August, an anthropologist studying the death practices of various cultures who has returned to Brooklyn after the passing of her own father, Another Brooklyn is an absorbing, lyrical, beautifully written novel, which quietly draws the reader into its story of four friends “sharing the weight of growing up girl in Brooklyn” in the 1970s.

August and her father and brother move to Brooklyn from Sweet Grove, Tennessee, and she immediately becomes fascinated watching Sylvia, Angela, and Gigi from her window. August sees “everything: when looking at them and the trio quickly becomes a quartet. Woodson describes the mix of love and envy in their relationship, and how all four deal with their own family’s secrets and suppressed memories. As the girls get older and their bodies become more womanly, the Brooklyn streets gradually become more dangerous for them to travel alone. Together they attempt to hang onto their dreams, Angela to become a dancer, Gigi an actress, and Sylvia a lawyer and singer. August also struggles to hold onto the belief that one day her mother will return. But as she says, “everywhere we looked we saw the people trying to dream themselves out” and for many in Brooklyn, those dreams never came true.

The story of friendship and betrayal, Another Brooklyn also delves into issues of color, class, and te tensions between Caribbean emigrants and US born African-Americans.  As Sylvia’s Martiniquean family warns her, “Don’t try to act like a dusty, dirty black American.” August and her family are “poor but never hungry,” and things improve for them greatly after their father encounters the Nation of Islam and Sister Loretta who becomes a surrogate parent to the children.

Another Brooklyn is a relatively short novel, and it is difficult to talk about without giving away too much of the plot. Told in flashes and brief vignettes, its beauty and brevity may lead a reader to race through it, and it is a ‘quick read.’ However, one should take that as an opportunity to re-read Woodson’s novel to savor its language and the skill with which she puts her story together, tying various strands of her story of changing individuals and a changing neighborhood together.