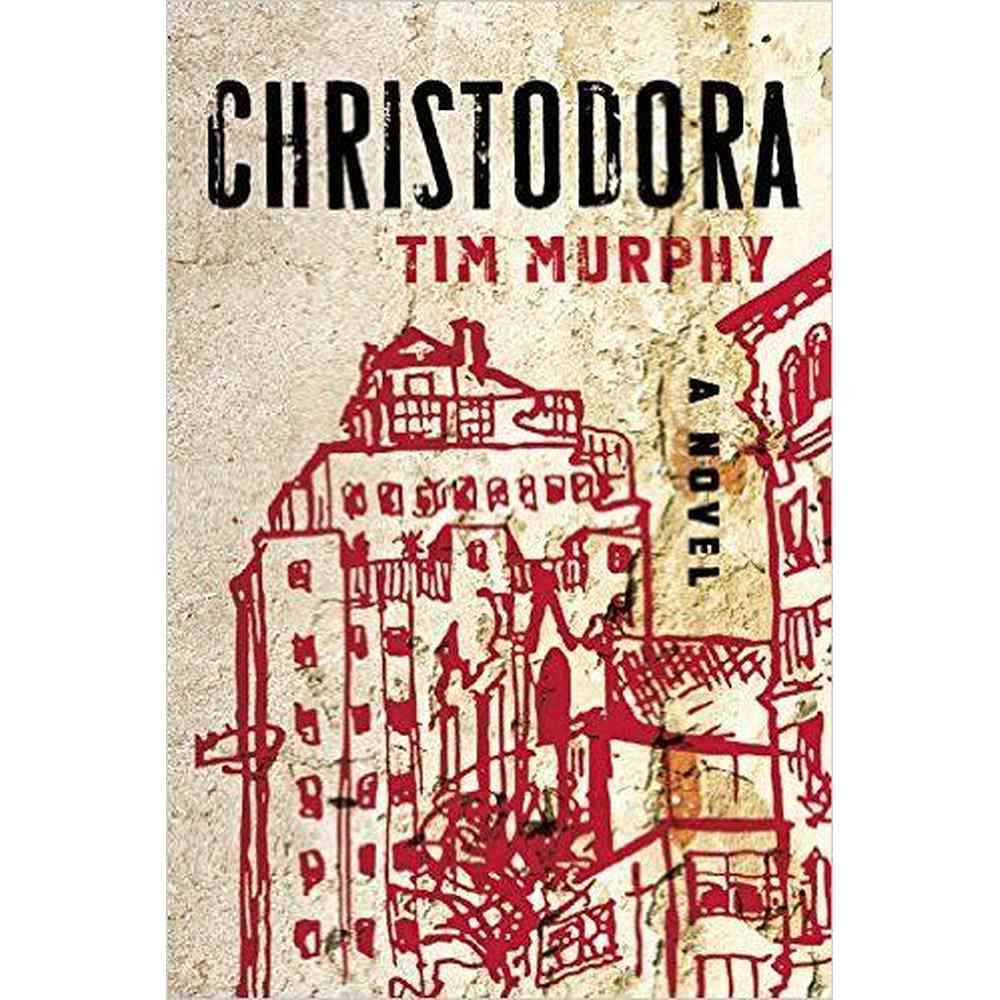 “He’s engulfed in Hector’s fagfunk.” This improbably beautiful line comes a quarter into Tim Murphy latest novel, Christodora, a Lower East Side saga that bends and breaks across time and into history via the interlocking lives of Hector, Mateo, Issy, Milly, Jared, and Eva, which recede and then bleed into each other.

While the Christodora, a historic building on Avenue B, anchors the book; what keeps the reader enraptured for over 428 pages are the characters that populate the building and their loved ones as they ride the currents of New York City in the 80s, 90s, and into the early 2000s and beyond. Epic in scope, the novel cannily grapples with many of the seminal touchstones of contemporary New York City life: AIDS, drugs, race, activism, gentrification, art, and ideas of progress.

Embodying much of these currents is a Mateo. It is he who notes Hector’s fagfunk to himself in an early drugged-induced moment of the novel. He is the adopted creative Latino son of white upper middle artists Milly and Jared, who live a few floors above Hector, the once mousey public health wonk-cum-superstar-hunky-AIDS-activist-cum-forsaken-fag-with-a-broken-heart-and-addiction-issues. The aspiring artists come to be Mateo’s parents after his mother Issy dies, leaving her son’s future up to Eva, Milly’s mother—a strong willed Upper East Side lady who built a home for women living with HIV after she couldn’t stand the bureaucracy of working for the City’s Health Department (where she was Hector’s boss). Amid all these entangled characters are questions of bonding. What is it to be responsible to someone else? For someone else? What do we owe each other? How do we let love in? Do we ever need to let love go? How do we make sense of the world we find ourselves in?

For a reader un-associated with the history of HIV/AIDS in New York City, the book will be a compelling knot of time, place, and people. Murphy is a gifted writer who not only provides readers with an intricate plot that exerts the imagination forward, but he has also created characters who feel real through action, thought, and nuance. We live their lives with them. Addiction is a major element of the book which Murphy delivers with a gentle ease that does not trigger, romance, or judge. There is suggestion in the book that one does not become an addict in a single moment but through the unfolding of inheritance and history that can seemingly culminate in a single moment. Connected to that notion, recovery is something soft in the book; it is possible, not mandated.

Similarly, the ever-changing urban landscape of the Lower East Side is not reduced to a cautionary tale of hipsters and laments of pre-Starbucks New York (although that can be sensed). Rather the uneven fortunes of the area are tracked by locals and those who pass through. The first 11 pages provide a speedy history of the Christodora, including how Jared (and so Milly and Mateo) ended up living there, setting up the thought provoking class dynamics that recur throughout the book. Later, a character living in the near future misses the bars and clubs of the not so distant past. And at one pivotal point, Mateo rides his bike down Houston sorting through his own nostalgia for the place that he considered dangerous when growing up, with the new found knowledge that by the time he was breaking night as a young man, the neighborhood’s’ gentrification had already begun.

For those invested in HIV/AIDS, and the ongoing response, Christodora is a must read. It is the work of fiction many within the movement have been waiting for. The novel creates a common text for those who have lived through these stark moments, while simultaneously providing keen new insights. Key to this approach is Murphy’s mix of the quotidian and the iconic. For example, at the same time as characters are mourning the death of Princess Diana and thinking about the sons the Princess left behind, Murphy weaves in the narrative of HIV+ women with children experiencing the Lazarus affects of the life- prolonging meds. Before the release of the drugs many mothers made arrangements for their kids to be cared for by others. In the face of a prolonged life many women were left to either fight for or abandon their children, many left as walking wounded in a world they thought they were soon departing.

The intricacies of motherhood and HIV is just one of the ways that Murphy displays his eye towards a woman’s experience of the virus. Murphy has carved out a special place for the women within the crisis; those living with HIV, as well as caretakers, heroes, witnesses and lovers. Within the world Murphy has crafted—often seemingly inspired by real people and relationships—women help other women, fall in love with each other, find the balance between their own boundaries and being available for others, marry straight men, sleep with gay men, spearhead activism to make the government include them, bear witness to intimate unfairness, and take action in the face of it, pick up the phone, and hold on to the history for the community. But they also die, feel pain, get taken for granted, and are abandoned. With the story of women living with and impacted by HIV still so underrepresented, Murphy illustrates the obvious that needs to be spelled out: women are vital to the story of HIV, and when they are not included in stories about the epidemic the story of HIV is not being told.

In addition to Christodora providing a view into the role HIV played in the lives women, through Murphy’s rendering of Hector, we also get a sense of impact HIV/AIDS has had on the gay male psyche for men of a certain age. What is it to arrive at a moment in time where that which historically would have kept you down (one’s homosexuality) seems to no longer be a barrier, only to find yourself now the target of the government’s indifference in the face of a modern plague? Through Hector, we get a portrait of a gay man who many may recognize: a wounded man living in a gentrified neighborhood, mired in conversation with ghosts, urgently and sometimes dangerously craving youth, surrounded by a world that seemingly wants nothing to do with his traumatized existence. Murphy’s deft touch comes in handy here. The complexity of Hector’s life unfolds slowly, and without the demands of a linear story, allowing for space and mercy on the page that real life does not always afford.

Murphy’s book comes out at a time where the culture is going through something of an AIDS Crisis Revisitation: films, exhibitions, and publications exploring the early responses to HIV/AIDS in the US. Christodora stands apart largely because it is not trying to tell history. Rather, it is taking stories from a place and time and putting them through the prism of literature. What emerges is imagination and experience refracting onto the page. It is a beautiful—and often painful—sight to behold.