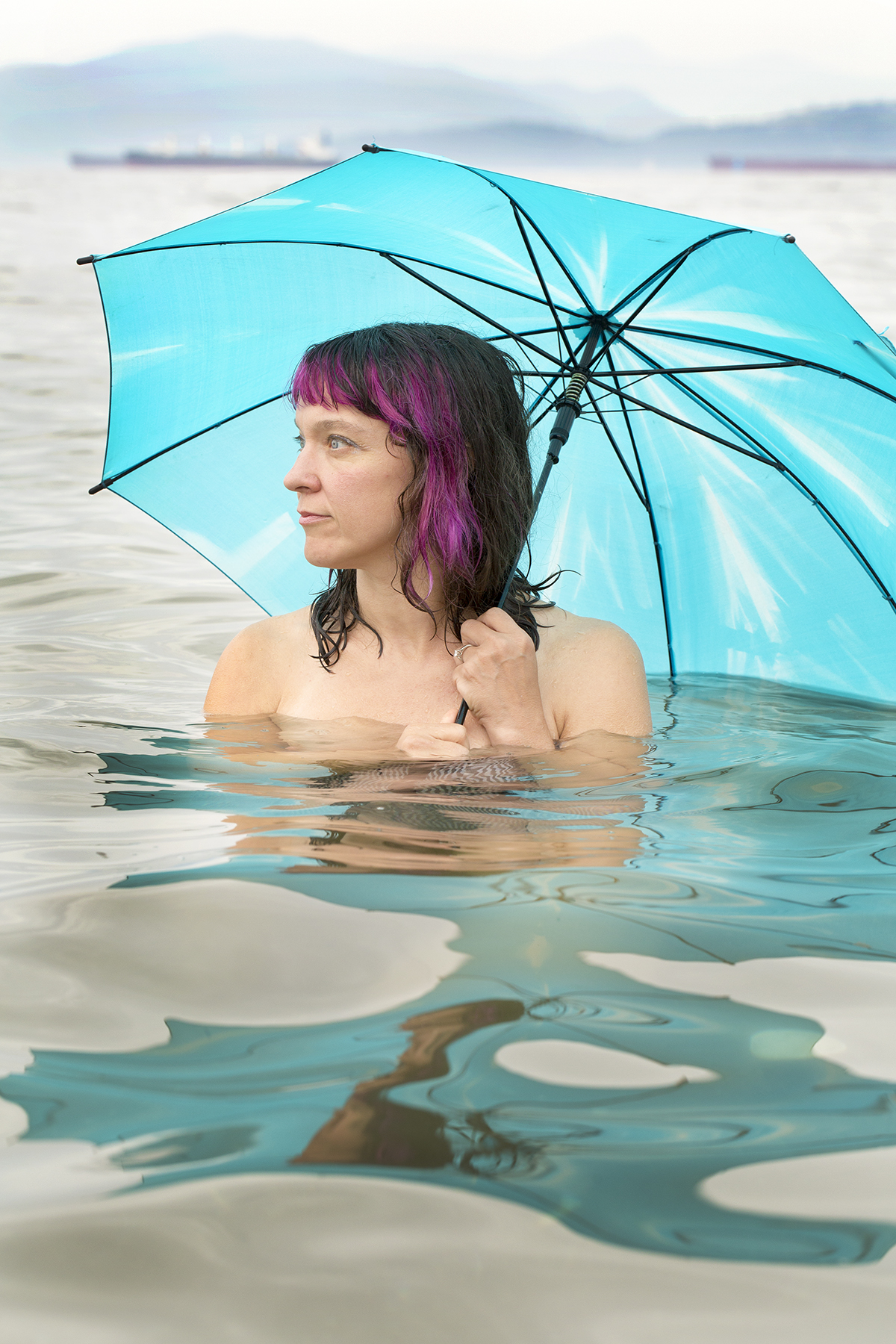 One Hundred Days of Rain, which won a Publishing Triangle Award for debut fiction on April 22, isn’t exactly a gushing love letter to the Pacific Northwest’s notorious wet weather. A raw and darkly humorous account of how “I’ll love you forever” sometimes becomes “I’m calling the police” and “I’ll see you at the lawyer’s office,” the novel is also a lyrical story of loss and perseverance.

In this interview, Brooks speaks to Lambda about marriage, optimism, and, of course, the impact of precipitation.

Congratulations on the Publishing Triangle Award! What was the biggest surprise about the nomination and win?

The books sounded so different, and all really interesting, so it sounded like it would be hard to pick a winner. I was surprised and honored to be nominated, much less to win with such a strong shortlist.

In addition to anatomizing some peaks and many hollows of romance and the distinctive pains of an acrimonious divorce, your novel portrays humbling days of scraping by in an affluent city notorious for its annual rainfall. An author can set a novel virtually anywhere—in the heat of Palm Springs or the winter of Montreal. What drew you to Vancouver’s cloudy days (76 days of no sun) and rain (57 inches every year), and how did you see that weather as playing a crucial role in the story?

Vancouver’s only gotten more dramatic in terms of extreme wealth and extreme poverty since this novel was written. The other day I walked by six Lamborghinis parked in a row, and it’s commonplace these days to see an ultra-expensive car driving by a guy pushing a shopping cart. I was drawn to Vancouver’s rain for two reasons: because of pathetic fallacy, as explained to us when I read the storm scene in King Lear in Grade Nine English, and because I wanted to take a quintessentially boring subject and make it interesting. Actually, I forgot the third reason: Lisa Robertson’s The Weather. I loved the idea of making something poetic out of a commonplace. After I wrote, I also started to see the rain as a class division all its own. The narrator’s various turns of fortune are graded in the novel by how exposed she is to the rain–is she out in it, defenseless, or does she watch other, unluckier people through a hole she wipes in the foggy window of the bus? I liked the idea of rain being a kind of betrayal of our optimism. I’m the type of fool who never takes an umbrella, because I always lose them, and yet inevitably I’m surprised and dismayed when it starts to rain. As if the weather broke some promise it never made.

Any reader of One Hundred Days of Rain might be led to believe that your novel is a terrific example of a writer following the motto “Write what you know.” What were the challenges you faced in writing fiction based at some level on your lived experiences?

I faced the challenge of thinking the thing was dreary in the extreme, which I sometimes feel still. I mean, I must be the only writer who on some level agrees with my own bad reviews! And although I know intellectually that everyday experience – getting out of bed, listening to the noises around you, figuring out what to make for breakfast, what to wear, the things you do on your daily round – are important, I didn’t feel that viscerally. I love writing from the 1940s, and in the novels that I read, some of my favorite parts are those quotidian details–what they’re handing round for everyone to eat, what people say that’s commonplace. It’s so difficult to translate that into your own writing, though. We think these things are so obvious they don’t bear mentioning, but if our work survives–and I think most writers write for that possibility, however slight–those things will become the texture that brings this time to life for future readers. 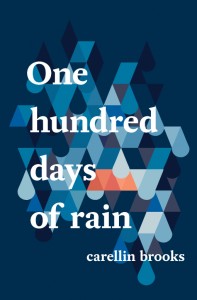 From episode one to one hundred, the unnamed narrator of your novel suffers daily indignities. She’s a romantic with perhaps idealistic views of “to have and to hold, from this day forward, for better, for worse, for richer, for poorer, in sickness and in health, until death do us part.” If you decided to write Another Hundred Days, what do you suppose her earlier experiences would have taught her?

Absolutely nothing. I mean, I’m an idealist mostly, but it really seems that in the relationships I’ve had, and in the relationships I see in the people around me, we’re all fumbling in the dark. I’ve never read anything that’s able to explain this urge we have to get together and then fuck it up, and I’ve never heard of any way to fix it, not perfectly. Yet we keep trying. To me, that’s the beautiful, doomed part. So yes, I can see her in another relationship, and I can see her as having traded one set of stupidities for another: maybe her partner is famous, maybe she doesn’t want to get married anymore. I see her moving to California, actually. To a place where it never rains. And I see her wondering why she still isn’t happy. Wasn’t this supposed to fix everything?

I read your narrator as an optimist, as a kind of downtrodden but persevering figure in the manner of Charlie Chaplin’s Little Tramp. There’s despair, of course, but despite the rain (and the soaked clothing), the police, the lawyers, the painful ‘she said, she said’, and the lack of material comfort, there’s a hopeful undercurrent. What, do you think, keeps her–and most of us, I guess–from letting circumstances crush us like bugs?

She’s able to see things around her, and I think that really helps when you’re feeling solipsistic–and isn’t depression a kind of negative solipsism? I’m not saying that to denigrate that feeling, by the way, just to observe how it really pulls you away from the world and makes everything around you seem meaningless. And she can’t give up. She has a son. And she has that thing we get from our neighbors in the United States, that patent belief in self-transformation being just around the corner. Maybe new shoes. Maybe a new place to live. Despite the evidence of nothing ever having worked before. My, this is turning out to be a cheerful interview, isn’t it?

Your novel was published in the spring of 2015. Aside from grading student essays and teaching university classes, what have you been working on since then?

I’ve been working on an autobiography, finally. I’ve been rewriting the narrative of my childhood and teen years, first simply as a chronicle, and now I’m doing a rewrite based around the conceit of driving, each drive being consequential in terms of where the narrator ends up next. I’ll do another, completely different rewrite after this one, and see where I stand. It’s interesting to write straight autobiography. Details come up, and like everyone else who writes about “memory,” you have no idea if they actually happened or if your brain just helpfully invented them, to assist you in getting in some color. The other thing that happens with autobiography is that you relive everything as you write it. So this stuff you think you dealt with decades ago, suddenly it’s fresh. It’s like a block of old cedar, and you sanded off the top, and suddenly it smells freshly cut. It makes me wonder if we ever really get over anything. Another cheerful thought to end on!

'One of These Things First' by Steven Gaines
'Buddha in My Belly' by Brittany K. Fonte
Kate Bornstein: Embrace the Outlaw