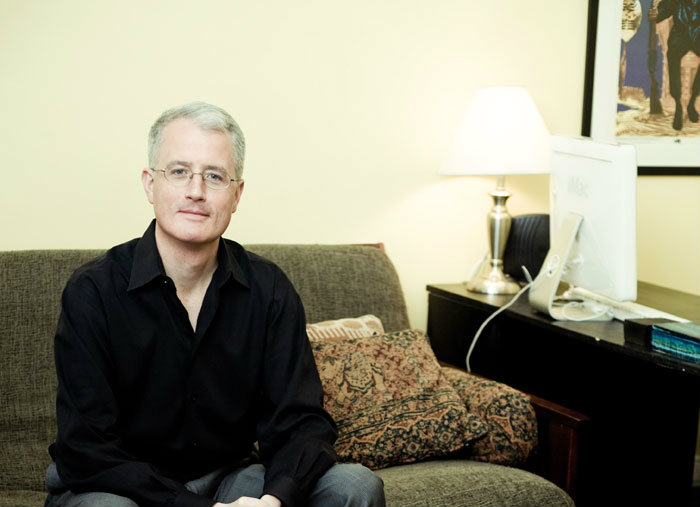 “It matters that there’s a creative dialogue back and forth between author and editor, as that establishes a rapport and that in turn leads to a better book […]”

Last year, renowned gay publisher and editor Don Weise, along with philanthropist Chuck Forester, launched Querelle, a small press focused on publishing new LGBT titles. Querelle was launched with the hope of establishing a press that cultivates a more personal connection between writers and the publisher’s editors, as well as opening up new opportunities for authors seeking to self-publish their work.

Weise took some time to talk with Lambda Literary Review about this new endeavor and what he is hoping to accomplish with the press.

What was the impetus in creating Querelle?

I transferred ownership of the name Magnus over to another publisher as an imprint more than three years ago, and I served as editorial director of that imprint for a couple of years before leaving the company in fall of 2014. I still own the dozen titles I published under Magnus LLC, and those titles remain in print and available as usual. But going forward, I no longer had a publishing outlet for any new projects that excited me so had to create something brand new. As luck would have it, Chuck Forester, the writer and philanthropist, approached me in May about launching a small press. Chuck is a book lover of the first order and wanted to get involved on the business end, particularly around LGBT titles. I don’t know anyone more passionate about gay books than Chuck. I welcomed the opportunity to work together, since he’s been one of my champions for so long, sharing complimentary comments about my work, which means a lot because, as a one-person operation it can be a lonely path.

So how does Querelle differ from Magnus?

First off, Querelle is truly small, just two new titles per year, whereas when I ran Magnus LLC I published twelve to twenty titles yearly, and all on my own. I still don’t know how I did it, or sometimes even why. Operating Magnus its first two years had rewards, but it was also tremendously demanding and depleting. Querelle is more of a part-time commitment at the moment, but I expect it to grow. I’ve been freelance editing full-time for the past couple of years and will continue to take on clients alongside the work I do for Querelle.

Which brings me to the second difference. The big departure is that Querelle offers self-publishing services. I’ve edited for the top self-publishing companies and while in my experience they all offer reliable and efficient services that I would recommend to anyone, they lack a personal connection between the author and editor. For me that connection is essential. It matters that there’s a creative dialogue back and forth between author and editor, as that establishes a rapport and that in turn leads to a better book usually. But working for self-publishers, I edit under a pseudonym and have no direct contact with authors other than my notes and an accompanying letter that outlines my edits. I realized that I wanted to work more closely with these writers—and not only that, but that I could offer writers the same services these companies offer (editorial, cover design, typesetting, file creation, even distribution to more than 35,000 retail outlets) and from a much more personal approach. Since Querelle has the means to publish, and because we’re doing just two books a year, it made sense that we would offer authors the same professional services we offer the writers we acquire and publish under the Querelle banner. I can now offer everyone a good home for their work when they’re ready. (For more details, please visit our site.)

How then is Querelle a departure from Magnus, or not, in terms of its publishing mission/aesthetics?

When it comes to content, wherever I’ve worked my priority has been to publish quality LGBT literature, and by quality I don’t necessarily mean high art. Yes, I have published books for a more upscale audience, so to speak, but the books not intended for that readership are no less valuable to me. I find that people frequently look down on erotica and sex writing in general. In fact, when I tell strangers I publish gay books, they can jump to the conclusion that I’m talking about pornography and be automatically dismissive. I continue to embrace sex writing as essential because it tells us about our lives as queer people. So to some degree Querelle’s mission will look a lot like Magnus’s when I ran it.

In terms of a mission, Querelle and Magnus LLC are also alike. I’ve said the role of both presses is to celebrate and challenge our views of LGBT life through literature. The celebrating part comes easy—as a marginalized group, we want to show the world we’re wonderful—but I like the word challenge because it calls into question our assumptions as a community, such as the notion that everyone is white or looking to settle down in a relationship or that sexual promiscuity is immature. My work over the years hasn’t always challenged these assumptions, but I hope that someone looking at my history as an editor would see a thread of quiet subversion.

What sort of titles are you seeking to publish?

Mainly nonfiction, with an eye toward a commercial market. I seldom acquire a book with the intention of selling only to gay readers. I prefer works that are broad enough to cross over into other audiences while not watering down gay life. For example, one of my first titles from Querelle is The Faun of Grey Gardens, Jerry Torre’s touching memoir (written with Tony Maietta) about the years he spent with “Big Edie” and “Little Edie” in their now-famous mansion chronicled in the acclaimed documentary film Grey Gardens. Fans will recall Jerry as the teenage caretaker, and his stories about life with the Beales before the filmmakers came along, the weeks of shooting Grey Gardens (Little Edie insisted on a musical number and got it), and how the Beales’s strange and private world changed with the movie’s release allow readers to see the film in a new, revealing light. I was so moved by Jerry’s story—the lives behind and beyond the movie—that I’ve been talking about it continuously since I first read it. There’s a hilarious story about Little Edie being courted by Howard Hughes back when she was a debutante, but she decided to stop seeing him because, as she told her mother, “He’s just too crazy.” There’s also a wonderful scene about the day Jacqueline Kennedy showed up at the house unannounced to help her aunt and cousin, but Little Edie defiantly wouldn’t allow her inside for reasons known only to her. The book is due out in June, timed for the new production of the Grey Gardens musical in Los Angeles later this year.

I’d love to see more memoirs, biographies, histories, self-help, or most areas of nonfiction. Of course there’s also room for exceptional fiction, too. Chuck and I are especially excited about discovering new voices. I’ve published quite a few and love the enthusiasm of first-time authors. It keeps publishing fun. Submissions can be emailed to don@querellepressbooks.com.