Amy Scholder knows a thing or two about the transgressive. A former editor of the iconic City Lights Books and, with Ira Silverberg, the imprint High Risk Books, which was devoted to subversive writing, she’s now the Editorial Director and fearless leader at The Feminist Press, publisher of last year’s Lambda Literary Award-winning Zipper Mouth and Tango: My Childhood, Backwards and in High Heels. Last month, The Feminist Press released the e-book Pussy Riot! A Punk Prayer for Freedom, compiling the lyrics, letters, legal statements and poems of the jailed members of the Russian feminist punk collective, with a portion of the proceeds dedicated to Pussy Riot’s legal defense fees. In addition to preserving an important historical moment for posterity, the book is a rigorous and intelligent read not to be missed. Below, Scholder answers some of Lambda Literary’s questions about freedom, Pussy Riot, and putting the collection together.

How did The Feminist Press decide to put together the anthology–and how did you determine what ultimately had to be included and what would have to be left out?

The idea for Pussy Riot! A Punk Prayer for Freedom came from a reading at the Ace Hotel in NYC shortly before the verdict was declared in August. At that event, artists and writers (including FP authors Karen Finley, Johanna Fateman, and Justin Vivian Bond) read from Pussy Riot court statements, letters from prison, songs, and, of course, the punk prayer. I was in Los Angeles at the time, receiving texts  from Feminist Press publicity manager Elizabeth Koke, who was exuberant about the presentation that evening. When I read the texts by Katya, Nadya, and Masha (the Pussy Riot members), I realized how important it would be to document this historical time, and to deepen our understanding of the Pussy Riot message.

Though I don’t happen to agree with them, I’ve heard some critics lament the sensational attention the Pussy Riot trial received, given how many other disenfranchised people remain under the radar of public and celebrity concern. How do you think other groups might adapt some of Pussy Riot’s tactics in order to gain similar visibility? 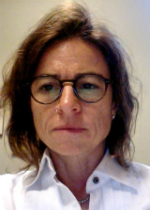 Pussy Riot is a feminist punk band whose performances have been capturing the imagination of activists all over the world. They are insisting on living in a world that honors the rights of all people, in a society that separates church and state. This is a fundamentally feminist project. Their example of standing up to government corruption, misogyny, and homophobia is just that—one way to voice dissent and resist authority. The more ways we can do that, the more just our society will be.

I love what you write in your introduction about the “challenging juxtaposition” of a punk prayer. Can you elaborate on the apparent (if false) conflict between fighting authority and the belief in a higher power?

I was thinking about the nihilism of punk and the idealism of prayer. But ultimately there’s no contradiction. Freedom’s just another word for nothing left to lose…

Now that the trial, including sentencing, has concluded, do you feel that the international demonstration of support for Pussy Riot was successful? How can that energy be buoyed forward?

These moments when support is harnessed across the globe are rare. It’s not that I deem them as successes or failures. It’s that I experience what’s possible. I’m heartened, however briefly, when corporate greed and religious hypocrisy are revealed as brutal, not inevitable forces. And I hope the Pussy Riot case has mobilized us to connect with prisoners of conscience in the Russian Federation, the US, and around the world. Until we free them, none of us is free.

'The Butch Lesbians of the 20s, 30’s, and 40s Coloring Book' Edited by Avery Cassell and Jon Macy
Stephen S. Mills: Sex, Identity and Self
The Banal and The Profane: Melissa Febos