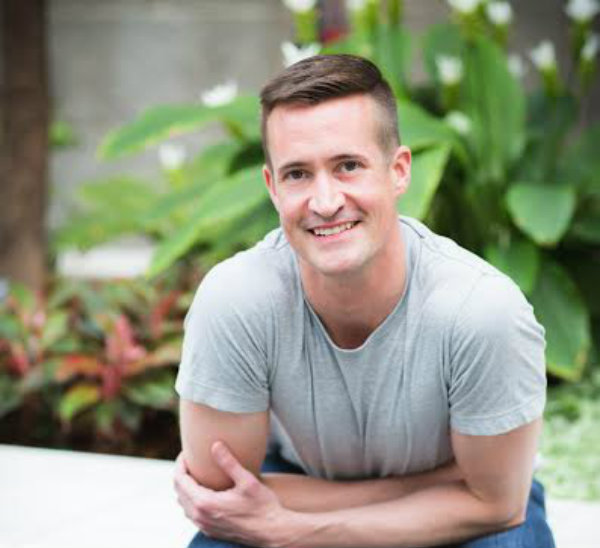 “It’s interesting to me how much of an ’80s revivalism is going on right now so it definitely is not only me who’s intrigued and inspired [by the era].”

The specter of AIDS haunts At Danceteria and Other Stories (Squares & Rebels). Philip Dean Walker’s themed collection is set in the early 1980s, just at the beginning of the AIDS crisis. The stories breathe life into little-known historical anecdotes, such as Jackie Onassis’ visit to a leather bar, or Rock Hudson’s appearance at a White House function. Each vignette is carefully crafted with attention to historical detail, then imbued with finely wrought characterization. The protagonists are no longer icons; they become complex, flawed figures. We feel Roy Halston Frowick’s pre-launch coke-binge fueled butterflies before an important launch of a fashion line at JC Penney’s in the opening story, “By Halston.” Princess Diana’s vulnerability is glimpsed during an incognito visit to a gay bar in male drag in “Don’t Stop Me Now,” (which also features a cameo from a joyous Freddie Mercury of Queen). The centerpiece story of the collection, “The Boy Who Lived Next to the Boy Next Door” moves out of the celebrity milieu and explores the beginning of the AIDS epidemic in New York City, where it was dubbed the Hot Guy Flu. This tale epitomizes the mix of hedonistic glamour and prophetic melancholy that pervades the whole collection.

At Danceteria is a themed collection, in the vein of Isherwood’s Berlin Stories. What are you favorite themed short story collections?

Isherwood’s Berlin Stories is a wonderful example of a superbly crafted themed collection. Have you seen Christopher and His Kind? It’s on Netflix and is a wonderful companion piece. I always kind of scoffed at the idea of doing a “themed collection” when I was getting my MFA because all of my stories were so different from each other. However, when I wrote the first story in this book (which was the title story), I thought that I might be onto something and finally had a big idea. My favorites would definitely include Jennifer Egan’s A Visit from the Goon Squad (which I think is just brilliantly constructed and never fails to move me–especially the story “Out of Body”), Elizabeth Strout’s Olive Kitteridge, and Joyce Carol Oates’ Faithless: Tales of Transgression. The last one kind of straddles the line of what might be considered a themed collection, but I’m throwing it out there anyway. It certainly seems like the themed short story collection is currently en vogue.

What inspired you to write about the ‘80s?

I’ve always been fascinated by the 1980s. Having lived through the entire decade as a young person, I’m not sure I quite got the full heft of many of the things that were going on during that time period (several of which are covered in At Danceteria and Other Stories). But, looking back, in hindsight, it seems like such a radical time for art, culture, music, film, and social upheaval, especially when viewed through the lens of the onslaught of the AIDS crisis. My family and I took a trip to New York City in 1986 and my sister, Amanda, and I still talk about how much we remember that trip and how much of an impression it had on us (I was only eight years old). The people that we passed by on the street would later become some of the same kind of people who weave through the stories in my book. Amanda lives in Manhattan now and I often visit her there and we sometimes bring up that period and all the colors, the grit, the danger on the streets that we can recall. It’s interesting to me how much of an ’80s revivalism is going on right now so it definitely is not only me who’s intrigued and inspired [by the era].

“Savage nostalgia” is what one of the blurbs say about the collection, a phrase that captures the emotional resonance of the work well. The tone here is delicately balanced playful and faintly ominous.  Was the ‘ambience’ of the work something you set out to do or did it become clear after the manuscript was completed?

That’s a great question and, it has to be said, I really loved Stephanie Grant’s use of “savage nostalgia” to describe the book. Above all else, I wanted to get into the minds of these characters, kind of look beyond the obvious legendary notion we have of them and attempt to locate the true “character” underneath. Like, who was Princess Diana really? What were her hopes and fears? In that sense, I knew that I had to approach them as I would any character in any story–with their own hopes, dreams, motivations, demons, and, above all, intense desires. Desires for something. The tone of the book arose naturally out of the actions of the characters and the mood of the times. I went through a ton of revisions in order to get the tone right for each story. The mood of, say, “By Halston” which is kind of coked up and immediate with a bit of impending doom hovering around the edges greatly differs from the slow, sweet, jazzy, and contemplative style of “Sequins at Midnight.” When I read the manuscript through, I did detect a very palpable sense of melancholy that ran through the book and I thought it captured the mood of the times.

Many of your characters are portraits of real life people, like Jackie O and Rock Hudson. Was it challenging to put them into transgressive fictional settings— for instance, the iconic Jackie O’s visit to a leather bar?

So, the funny thing about that question is that each of these stories is actually based on an event that really took place. I’ve filled out the “world” of each story, the dialogue, the point-of-view, etc. as well as made changes where I felt they were necessary (using my own poetic license), but the general plot of each story kind of, sorta happened. According to a New Yorker piece I found (all these stories were heavily researched) Jackie O. really did go to The Anvil with Jerry Torre from Grey Gardens and they saw a fire-eating drag queen contortionist that night. I created the Anne Frank drag queen character based on a popular performer of the time.

The conversation they have in Jackie’s car is also imagined, however the contents of it are based on fact. The “Charles” that Jackie describes at the end of the story was my grandfather, Charlie Grether and he really did live on her stepfather’s estate in the 1940s in McLean, VA and later tracked her down in New York looking for a book for his client. And Little Edie’s “Cap” was my great-grandfather. So, I had access to a lot of first-hand historical documents such as letters between Jackie and Charlie that I used in that story. Rock Hudson really did attend a White House State Dinner with the Reagans in 1984. When he got back to L.A., he was finally tested and found out that he had AIDS. In my research, I discovered that a young man who he slept with during that trip had to be contacted through his “people” and warned that he might’ve been infected. The birthday party for Keith Haring actually took place at the Paradise Garage. I moved it to Danceteria because I loved the idea of putting Keith and Madonna in this space (as freshly famous as they were in ’84) where they used to be nobodies taking coats and collecting empty beer bottles. So, in a way, it wasn’t challenging at all to put them in these settings because the stories of them in these settings are out there. They’re just not particularly well-known nights. I loved being able to bring these small historical footnotes to life. Like, yes, I’m  totally going to write about Halston’s JCPenny launch in 1983–why not?

What is your Favorite Sylvester song?

“Lovin’ Is Really My Game.” It’s a 1977 Brainstorm song that Sylvester covered. It appears in a scene from the book in the story “The Boy Who Lived Next to the Boy Next Door.” That song is amazing! Out of his original songs, I simply adore “Grateful” from his album Step II. I am grateful to all these people for living such interesting, noteworthy lives and for being, as Sylvester would say, mighty real.