‘Uncovered: How I left Hasidic Life and Finally Came Home’ by Leah Lax

‘Uncovered: How I left Hasidic Life and Finally Came Home’ by Leah Lax 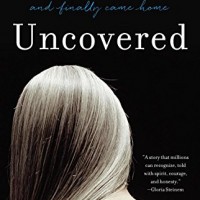 At a writers’ conference, Nancy Bereano, the publisher of Firebrand Books from 1985-2000, suggested that the current popularity of memoir as a genre could be traced to the work of feminist writers and feminist publishing. I agree. Feminist writers changed the memoir and creative non-fiction and Bereano’s Firebrand Books was on the cutting-edge of these changes. Bereano published Mab Segrest’s My Mama’s Dead Squirrel, Minnie Bruce Pratt’s S/HE, Beth Brant’s Food and Spirit, and Barrie Jean Borich’s first collection, Restoring the Color of Roses. Each of these books altered how readers understood story-telling, including what stories are worth telling.

One of the exciting things about each of these books is how each reached—even struggled—to bring something new into being. Segrest articulated a southern feminist and lesbian standpoint, Pratt explored the boundaries of gender, Brant translated the oral culture of her childhood to be written and include her lesbian life, and Borich wrote the working class body. Reading Uncovered by Leah Lax, I felt that similar jolt of excitement and discomfort. Something new is afoot in Uncovered. Lax tells a story that resists codified narratives and breaks through to a new way of understanding the world.

Early reviews of Uncovered and appraisals of Lax’s work actually situate it within narratives we already understand. Such positioning is striking and sad because it does not do justice to Lax’s work. The narrative of a woman who escapes from a fundamentalist religion into a world where she can live as a lesbian is a conventional narrative; in some ways it describes Uncovered, but it unnecessarily flattens this rich and complex story. Similarly, Lax describes Gloria Steinem’s suggestion of the title and her kinship with covered women, but Lax’s description of being covered and her understanding of covering as a practice bucks conventional feminist narratives. The desire to make Uncovered recognizable is laudable, but it misses the point of this groundbreaking book. Lax’s book is much more complex than any simple ideas about women and fundamentalist religions or LGBT people and fundamentalist religions. In Uncovered, Lax struggles to write a story that challenges and discards existing narratives. She is reaching for something new—a new way of thinking, a new way of understanding the world, a new way of being.

The first half of Uncovered is about how Lax came to leave her culturally Jewish home in Houston and join a Hasidic community. Lax writes about how her reform rabbi’s challenge to “Chart a unique spiritual path of your own” and her discontent with that directive. She explains, “I found all this lofty and vague and frustratingly nonspecific when I had hope to get club rules and a list of what I was supposed to believe and do. I also had hoped for assurance that, at the end of the path, God would be shining down His approval.” In Hasidism, she found that “rules were clear and defined, even written down, and seemed to promise an almost maternal Godly love.” Yet, while the appeal of a religious structure is documented, Uncovered offers no easy answers for why Lax came to practice Hasidism. Rather it maps the interiority of a young woman vaguely aware of her desire for other women and living in a family with its own challenges of intimacy and belonging. Hasidism is one solution that she happens upon and it shapes the next few decades of her life.

At the age of nineteen, Lax marries another convert to Hasidic practice. Shortly after the birth of her first son, as they prepare for the bris, she gazes at herself in the mirror:

Before me I find a shapeless almost-woman, sexless, but something new and fierce sparks her face, a new purpose. I will shield my son. I will grow him and nurture him and guarantee him an easy path without danger or wandering or loneliness. Without uncertainty, or doubts. Our life will give him God.

Lax imagines that her and her husband’s daily practices will give her young child God. This extraordinary clarity and sense of purpose demonstrates what Hasidism offers her—and gives a sense of the yearning it fills for Lax.

In Uncovered, Lax explores the ways in which men and women both encounter limitations in their lives through a fundamentalist religion and offers some insight into why they join. The answers that Lax offers are not surprising and quite understandable. What sixteen-year-old does not want to find a space with clear answers and continual reassurances about the righteousness of the world? When struggling with the vagaries of life in ones twenties and thirties, who doesn’t want to believe that there is a broader plan and that our only obligation is to do our daily work? At its most radical, Uncovered suggests that the yearnings and desires of us all are shared. How we respond to them is simply different.

This response, of course, is not the narrative of feminism or LGBT activists about religious fundamentalism. Feminist, queer, and progressive activists cast fundamentalism as a perfect example of rampant patriarchy. We reduce the practice of the religion to oppression for all involved and imagine that the only response is opposition: save women or queers from men with too much power. This may serve different activist agenda, but it does not respond to the human yearnings for meaning, for ritual, for structure. At times, Lax herself falls into vilifying fundamentalism. She describes herself as made childish by the religion and reduces her teaching of young children to indoctrination. Perhaps that is an accurate assessment, but these moments disregard the complexity of life that Uncovered otherwise evokes so effectively.

A central metaphor of Uncovered is the mikvah, the ceremonial water immersion that observant Jewish women do seven days after the completion of their menstrual period. The mikvah is rendered with a variety of meanings to Lax over the course of her life. She writes, “I’ve come to like this exuberant, private women’s space where sex is tacitly acknowledged. We share the secrecy, the anticipation, the changes that might come. I join the conversation.” For Lax, the ritual of mikvah is fulfilling at times, providing spiritual cleansing and a site of communal women’s space, and vexing, at other times, an empty and spiritually meaningless practice. Lax refuses to let the ritual be stagnant, it changes as she changes in ways that are difficult, disturbing, and not easily codified. Lax allows for the possibilities that mikvah offers to women a spiritual practice as well as an unnecessary restriction on their bodies and their sexuality. These possibilities—and others—all co-exist.

Even at the point where it is clear that Lax will leave her husband and her community, the process of moving from her life in the Hasidic community to a new life in the secular world resists easy narration. There is not a single moment that demarcates one life from the other. There is not particular moment of immersion and then an exit. Lax’s narrative, like life, happens slowly. She builds friendships outside her Hasidic community. She finds ways to imagine a new life. This part of Uncovered is tender and delicate, even mournful and pained. Rather than feeling simply relief at her departure and excitement about what possibilities existed for her as a lesbian, Uncovered posits the range of emotions in human transitions from joy to great sadness. Yes, by the end of Uncovered, there is a future ahead of Lax in which she could live openly as a lesbian, but this future is tied indelibly to loss. The ability to tell a story that holds all of these truths is a gift.

An extraordinarily ethical framework infuses Uncovered. Complexity is an ethic that shapes this narrative. Lax recognizes that gay and lesbian people live within fundamentalist religious communities and need recognition and support. This kind of nuance, a resisting of escape narratives, a refusal of telling stories in which the only option for LGBT people is to leave, is needed in our public discourse.

Lax eschews the make your own religion of progressivism and rejects the clear rules and boundaries of fundamentalism while acknowledging the function of both. While living in the Hasidic community, she wishes she could tell her children:

It isn’t important to me whether you recite the right prayer or wear the right clothing. Just know yourself. Don’t go forward without that, like I did. Don’t be dishonest with yourself and with people you love, or with God, like I have been.

While Lax writes of her dishonesty, Uncovered suggests honesty and truthfulness that exceeds her own appraisal. We need more books like Uncovered to know ourselves and to embrace these complex, contradictory truths as a part of our human experience.

The Book of Anna Maps the Emotional Landscape of a Holocaust Survivor
'The Master of Us All: Balenciaga, His Workrooms, His World' by Mary Blume
'20th Century Un-Limited' by Felice Picano