Chelsea Manning on Trans Lit, #ReadNaked, and Other LGBT News

Chelsea Manning on Trans Lit, #ReadNaked, and Other LGBT News 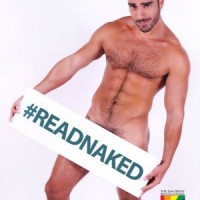 The openly gay Marlon James won the 2015 Man Booker Prize for his book A Brief History of Seven Killings, becoming the first Jamaican to claim the prestigious award. Congratulations and here’s to even more such awards in the future!

Chelsea Manning weighs in on the discussion of transgender literature written by cisgender authors with a review of Becoming Nicole: The Transformation of an American Family. She concludes that the novel misses the mark on capturing transgender experiences ending with this advice for Nicole, the subject of the novel:

You are an amazing writer and you can be one hell of an inspiration to people like me. You should write your own story — fiction or nonfiction — in your own voice. We want to hear you.

Larry Kramer writes on general public’s lack of awareness on some of writings greats because of the limits of their sexuality, specifically writing on Andrew Holleran. The issues he brings up with Holleran’s experiences in the literary world mirror those of all LGBT writers:

When we fall into the hands of book critics at The Times, we are amazed at their lack of understanding, empathy, of what we are trying to do and say. It is quite amazing how fervent and omnipresent is the homophobia that never-endingly remains the norm for gay writers in their book reviews.

Author Bret Easton Ellis interviewed Quentin Tarantino for the New York Times in a conversational profile. The two discuss just what it means to ‘go to the movies’ as opposed to the solitary act of solo movie watching. 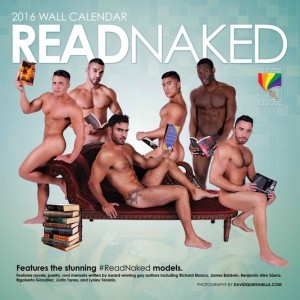 naked. At the center of the campaign is a 2016 calendar featuring gay and bisexual men of color reading literature from gay authors of color.

HuffingtonPost’s list of “11 Lesbians in History You Don’t Know But Should” is a little presumptuous on my lack of knowledge of lesbian history, but with writers like Sappho and Rita Mae Brown, it is still worth a fun read.