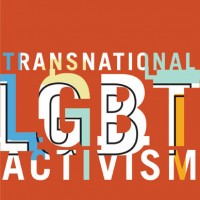 In 2011, the board of directors of the International Lesbian, Gay, Bisexual, Transgender, and Queer Youth Organization (IGLYO) withdrew the decision to holding their annual general assembly in Tel Aviv, having faced criticisms that the location would prevent many queer youth advocates of Muslim countries from attending the event.

Soon, the fraught politics of Israel and Palestine had become closely intertwined with the politics of gender and sexuality. It became quickly apparent that international LGBT advocacy was always already inseparable from their political contexts.

Much of the work of LGBT rights activists are often entangled in complex, sometimes even perilous, considerations. The International Gay and Lesbian Human Rights Commission (IGLHRC) is no different. Ryan R. Thoreson’s ethnography, Transnational LGBT Activism: Working for Sexual Rights Worldwide, sensitively guides the reader through the messy entanglements of sexuality and politics faced by IGLHRC, and more importantly, provides a framework through which one can understand the actions of an international NGO.

Thoreson tells us that he wants to critically look at how a non-governmental organization (NGO) based in the West functions and how, ultimately, its articulation of LGBT human rights gains legitimacy and global significance. His work thus deftly confronts a global, emerging consensus around the recognition of LGBT human rights. Focusing on the day-to-day operations of writing press releases, diplomatic letters, and online petitions at IGLHRC, he offers a window into the stakes involved when working on LGBT issues around the world.

Ethnographies of LGBT communities and movements around the world predominate the literature in queer anthropology. Books have been written about third gender communities, same-sex practices under colonialism, and the consolidation of LGBT activism in Western and non-Western places; in fact, one could argue that the field of anthropology cohered around its early work on kinship and sexuality, most notably carried out by anthropologists like Margaret Mead in the Pacific Islands.

The role played by organizations like IGLHRC becomes increasingly important in the late twentieth to early twenty-first century as LGBT advocacy adopts an international human rights framework. An ethnography of such an organization has yet to be undertaken and so, Thoreson’s focus on IGLHRC, rather than on LGBT communities, is refreshing and timely.

In the book, he traces the gradual growth of support around the world for a concept that remains widely misunderstood, condemned, or deemed as less important. By carefully tracking the building of partnerships between IGLHRC and local partners to institutionalize LGBT human rights at the United Nations and elsewhere, Thoreson enables the reader to notice the diversity of views that come to form what comes to be seen as a coherent and determined concept: LGBT rights.

The reward of reading Thoreson’s account is in appreciating his attention to the different ways that concepts such as sexual orientation and gender identity emerge. He carefully analyzes the strategic deployment of various tactics of IGLHRC and evaluates whether they were consistent with the social and political contexts of a region. Rather than impose fixed understandings of LGBT rights, they are instead cultivated by IGLHRC with their partners in Asia, Latin America, the Middle East, and Africa.

The examples from Thoreson’s internship with IGLHRC’s Africa program are most striking: by following the debates about whether to publish a controversial report about human rights violations in Senegal. He explained how IGLHRC decided what actions to take in defense of LGBT rights based on its relationship with local partners, the availability of information, and the utility of intervening as an organization perceived to be representing “Western” values. From this chapter, I was able to better understand and contextualize the everyday navigations of IGLHRC staff in messy entanglements.

Thoreson thus does not ignore the dynamics between the transnational and the culturally specific. As he tells us, the book explores “the interplay of universality and specificity in the advancement of controversial human rights.”

Frequently, organizations like IGLHRC  based in the West are criticized for what is sometimes perceived as “neo-colonialism”. Thoreson is acutely aware of this accusation and his narrative is successful in persuading me, at least, to reconsider how IGLHRC reconciles pragmatism and justice. The only shortcoming of the book was that while it claimed that the case study of IGLHRC enabled readers to understand how transnational NGOs function, it remains unclear if LGBT transnational NGOs were uniquely different from other human rights NGOs.

The book ends with a difficult acknowledgement of the constantly changing character of NGO work. Thoreson’s conclusions prompted me to think about whether the lack of institutional memory is a problem for all NGOs or only to transnational LGBT rights advocacy.

But this should not tarnish the experience of reading this book. Readers interested in LGBT human rights will find that this book helps ground them in the larger historical struggle for equality. Amid the quick-paced transformations faced by advocates, this book offers a moment to reflect on the amazing amount of work accomplished for LGBT equality. And it is perhaps with such reflections that future LGBT advocacy may benefit from and flourish.

At least, that is what Thoreson hopes for.

Jia Hui Lee is a PhD student at the Massachusetts Institute of Technology. He is curious about how critical understandings of gender and sexuality can illuminate human-non-human encounters, particularly among rats and humans.