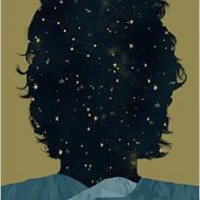 Peyton Honeycutt’s world, circumscribed to his small North Carolina town, is too limited to encompass the fact that he’s a transgender boy. Growing up, he’s been given no images, reflections or–most importantly for the often-tongue-tied young man — no language to describe how he’s feeling about his gender. He develops over the course of Jennie Wood’s debut YA novel, A Boy Like Me, into someone who relies on nots: He is not a typical girl, he is not Katherine Ann, he is not the kind of person his father was, he is not a lesbian.

But Peyton doesn’t have the means to describe who he is: a 13-year-old boy who, by the end of the book, has grown into an 18-year-old man. Indeed, the book’s title reflects his lifelong grasping for words; it’s an important plateau, a first-attempt. But it is not, for instance, akin to the proud self-claiming of trans women, following writer Janet Mock’s lead, who declare themselves #GirlsLikeUs on social media.

To get technical for a moment, there’s a fancy term for the kind of social trauma that Peyton experiences, developed by feminist philosopher Miranda Fricker: hermeneutical injustice. This is when someone “has a significant area of their social experience obscured from understanding owing to prejudicial flaws in shared resources for social interpretation” such that they are prevented from “making sense of an experience which it is strongly in [their] interests to render intelligible.” In other words, Peyton is facing a deep, life-altering injustice shared by many trans folks: the wider culture refuses to give him the words, images, or resources to describe himself and his experiences. It wounds and stunts him, like many of the microaggressive burdens invisibly hoisted onto marginalized groups. A Boy Like Me illustrates well how we can storytell about the lived consequences of social inequality in a way that helps break the cycle

Peyton’s lack of language, and his attendant inability to self-define, become the rudder for his life’s course. The reader first encounters him in eighth grade, sorely unprepared for the arrival of his menses. His parents have recently divorced, and his mother has slipped into a deep depression, leaving Peyton to fend for himself. At this pivotal moment, he is rescued by the new girl in town: Tara Parks, the strong-willed daughter of a military family. She gives him a menstrual pad, she offers to trade her baggy hand-me-down jeans for his uncomfortable dress, and she effectively becomes his life’s North Star.

The pair’s attraction to each other is instantaneous and mutual but, of course, unnameable; there’s an indication, though, that Tara truly sees Peyton as a trans boy in a way no one else can. In their first encounter, she suggests he go by “Peyton,” the name of a male guitarist he reminds her of. Peyton wordlessly thrives on her validation of his buried manhood; in turn, though we’re not given a glimpse into Tara’s inner life, we can surmise that Tara is drawn to Peyton for his undying loyalty. And also, perhaps, for how he epitomizes the mysterious allure of the brooding rock musicians they both admire.

Tara and Peyton’s story progresses like a classic forbidden-love romance throughout their high school years. Seeming, to outsiders, to be a lesbian couple, they feel forced to hide their feelings for each other from their schoolmates. They suffer a series of misunderstandings that lead them to break apart, yearn for each other, and come back together in heated exchanges–which Wood has a particular talent for crafting. They face resistance from parents and peers when their tryst is inevitably uncovered. They both mature–Tara quickly, and Peyton more slowly–into strong, scarred young adults who’ve faced heartache too early in life. Their character arcs are well-defined by Wood, each scene foreshadowing the next and fitting together neatly. Understandings Peyton and Tara’s motivations and faults is effortless; a reader would be hard-pressed to not care about these characters by the end of the book. The secondary characters each have enough articulation to make them believable, yet they don’t draw away from the duo at the novel’s heart.

The fact that we care about Peyton also makes this book, at times, an emotionally wrenching read. Though a lighter YA novel, A Boy Like Me shares a similar relationship to tragedy as one of its trans lit forefathers: Leslie Feinberg’s Stone Butch Blues. For most of the novel, it seems as if each step forward Peyton takes towards feeling whole, he faces an external setback. If one has read the statistics on negative parental and school reactions to gender-nonconforming youth, and the associated drops in trans teens’ ability to find stability and well-being–especially in isolated areas like Peyton’s hometown — then his trajectory makes a certain sense. But even when tempered by the pleasure of a romance, strong crafting, and the very real need to keep these realities foremost in conversations, it’s not always easy to read another story with such a solid sprinkling of trans hardship.

Thankfully, Wood has clearly worked hard to balance the tragedy with growth and redemption. It’s well-done–especially in the depiction of allies who allow Peyton space to come to terms with himself in due time –and keeps A Boy Like Me relevant to conversations about trans lit, rather than dismissible as sensationalistic or maudlin. The book is ultimately realistic without being utterly bleak, smart without going over the heads of a YA audience, and impactful without being moralistic, or extending the meaning of Peyton’s individual life too far beyond him to somehow stand in for “all” trans youth.

'The Deaths of the Author: Reading and Writing in Time' by Jane Gallop
‘Love Slaves of Helen Hadley Hall’ by James Magruder
Inferno (a poet's novel) by Eileen Myles