This spring the books that most caught my attention were a trio by old friends — Neil S. Plakcy, Jack Ricardo, and Marshall Thornton — plus a 1995 novel by Pete Dexter, which he adapted as the script for a quasi-controversial 2012 film.

Fans of Marshall Thornton’s Boystown series may well begin the latest in the series, Boystown 5: Murder Book, with a gasp of surprise. Its opening sentence is brutal: “Former Chicago Police Detective Bertram Edgar Harker died sometime during the evening of September 28, 1982.” In earlier cases, we have watched Harker valiantly struggle as HIV ravishes his body. But his death is not a consequence of the plague; Harker has been killed by the Bughouse Slasher (first introduced in Boystown 2). When his lover, private investigator Nick Nowak (the narrator of the series), finds Harker’s Murder Book, he realizes that Harker must have connected the clues and cornered the serial killer. Now Nick vows to follow the same trail and bring the psychopath to justice. This time Harker’s former partner on the force, Frank Connors, seems willing to help. But this is the time of the great Tylenol scare: when seven people in Chicago died after taking pain-relief capsules that had been laced with potassium cyanide. As a result, Connors is forced to concentrate on the headline-grabbing case (which, incidentally, has never been solved) instead of pursuing Harker’s murderer. Would-be journalist Christian Baylor, however, is not only ready to help find the killer but also to comfort Nick sexually. 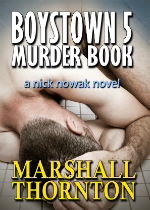 As always, the writing sweeps the reader along. Thornton’s ability to recreate the historical period is formidable. But as before, the apparently obligatory sex scenes annoy me. They stop the development of the storyline cold, so mostly I skip through them. (St. Edgar, help me if ever a major clue shows up in the middle of one.) Nick’s sex drive is totally believable, but I don’t need to be reminded in such detail what sex was like before AIDS overwhelmed us. Plus, Christian here is not only obnoxious but more than a little incredible. Perhaps if I were not so convinced that Thornton is one of our most important mystery writers, I would not be so irritated. My reaction is somewhat analogous to the one I had with the last Bond movie, Skyfall. For the first time in the series’ history I became annoyed with the action sequences as the film progressed. By the halfway point, I had become so involved with the characters and their interrelationships that an out-of-control underground train was so much irrelevant filler. But, yes, I will grab the next Boystown installment as soon as it appears, just as I will watch the next Bond movie.

The case begins when Honolulu detective Kimo Kanapa‘aka and his life partner, fireman Mike Riccardi are simultaneously summoned to investigate a warehouse fire. A body has been found within the burned-out building. Kimo and his police partner, Ray Donne, begin investigating after the medical examiner determines that it is the body of a male murdered execution-style. Dakota Gianelli, one of the youths sometimes attending a gay and lesbian support group that Kimo mentors, was near the crime scene just prior to the killing and offers valuable information. As they delve deeper, Kimo and Ray become convinced that the key lies in the interrelationships within the victim’s former circle of friends: more specifically what happened among them in the period immediately prior to Hawaiian statehood. Once the perpetrator is identified, the detectives must then use all their skills to avert another murder from taking place. 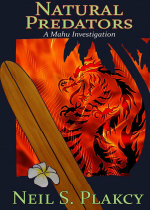 As in earlier novels in Neil S. Plakcy’s Mahu Investigation series, Natural Predators is shaped by family dynamics: in particular, relationships between parents and children. Kimo again evokes the Hawaiian concept of ohana. As he explains, “the technical definition of ohana is family, but to Hawaiians it means much more — a sense of community, of mutual caring and responsibility.” The multiple senses of the word give form not only to the mystery itself, but also shape various other plot threads that enrich the novel’s fabric. Kimo and Mike continue their dilemma, carried over from the previous novel, whether they want to father a child of their own, a lesbian couple having asked them to become joint sperm donors. And what are they to do with Dakota, who has run away from the foster home in which he was placed after his mother was sentenced to prison for drug dealing? And how will it affect their various commitments should Kimo and Ray accept a new assignment to work with the FBI?

I have always liked the way the Mahu series operates more like procedurals than whodunits, taking the reader step by step through the process of pinpointing the suspects before settling, without any sleights of hand, on the most likely perpetrator. Because the lives of the detective team are so fleshed out, each novel in the series becomes richly textured. And here the reader has an added bonus: “Alpha and Omega,” a non-mystery short story that picks up one of the plot threads, appears at the end of the book. Clearly, this is a pivotal novel in the series.

Murder at a Fort Lauderdale Church

After more than two decades’ silence, the return of Jack Ricardo to the mystery scene is a welcomed one. In Desperate Innocence, Fort Lauderdale private investigator Jim Holden is summoned (that’s the appropriate verb) by telephone to appear at the Metropole Community Church at 10 p.m. for an interview with Pastor Pontiac. Nothing about the initial conversation sets right with the irrepressibly politically incorrect private investigator, but money is low, and “a client’s a client.” He is asked to investigate the unsolved murder of a teenaged boy whose body was found in front of the church. Suspects include various misfits who have found a home within the church and one very angry columnist for the local gay newspaper, who despises the church. Intuitively, Jim feels that the key lies somewhere in the aged pastor’s past. So the scene shifts to Arizona and a crash course in Native American culture (with a belated understanding on his part of the unlikelihood that a Navaho would ever be named “Pontiac”). But what he discovers there takes him back to Florida, by way of New York City, to confront the perpetrator. 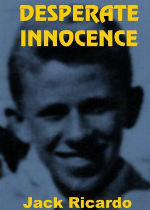 The time is the mid-1990s. The novel is a sequel to Death with Dignity (though there the P.I. is named Halden). We learn that much has occurred in his life between the two cases, enough to call for another novel to fill the gap. Here, Holden reaches some sense of satisfying closure for those events. (To say much more is to risk spoilers.) The novel is beautifully paced, though, to be honest, the plot construction does not bear close scrutiny. It is peopled with types still rare in gay mysteries. I do wonder how a younger generation will respond to the issues that tear at these characters, none of whom, neither the women nor the men, seem to have come entirely to terms with their sexuality. All in all, these gays are a pretty sad bunch. And yet, because of the author’s skill in presenting them, one does come to care about several of them.

Trying to stay abreast of film mysteries with gay interest, I watched openly gay director Lee Daniels’s The Paperboy on video. Matthew McConaughey plays Ward Jansen, the closeted Miami-based investigative journalist who loses an eye when he picks up some truly rough trade. This is the first time his younger brother, Jack (Zac Efron), realizes that his brother is gay. We are informed that he is upset, not because his brother is gay but because he had not confided in him. This is just one of several subplots that vie with the main plot for attention. Convinced that a death row inmate (John Cusack) was railroaded for the murder of a bigoted Florida sheriff, Ward returns to his hometown in 1969 to find evidence to reopen the case. Aiding, abetting, and often getting in his way are his newspaper partner, the unscrupulous and manipulative Yardley Acheman (David Oyelowo), and a very mixed-up prisoner groupie, Charlotte Bless (the outstanding Nicole Kidman). Written by the director and Pete Dexter, based upon the latter’s 1995 novel, the script is a mess. The various plot threads do have in common various forms of obsession, deception, and racial and class antagonisms, all served up with a heavy dose of irony. In an apparent attempt to make the film cohere, the whole story is narrated by the Jansen household’s former maid (Macy Gray) — who often reminds us in pseudo-Brechtian fashion that we are just watching a movie. 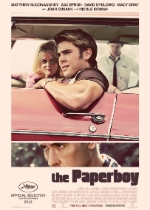 Wondering how close the script adhered to the novel, I got a copy of the special “movie tie-in edition.” I found that, in adapting the book to the screen, no more changes were made than are usual in the business. The chief one is the narrator: the novel is told from Jack’s perspective — with the result that he emerges as a perpetual jerk rather than an occasional one. Another change occurs with Yardley’s color and thus his backstory, as well as the color of Ward’s assailants (here he invites white sailors back to his room). And the endings are different, though the results are the same. (And yes, the notorious pissing scene also occurs in the novel.) The writing is crisp, clean. More so than with the movie, the title of the work could refer to either brother. But now having only the words without the actors, I realized how little I feel for these characters, in the film and on the page. When I finished reading it, I did not feel better for having done so.

In case other fans missed two recent books, as I did, let me mention that Josh Lanyon has collected all the Taylor MacAllister and Will Brandt mysteries into one handy paperback volume, Armed and Dangerous: Four Dangerous Ground Novellas, and similarly the three Mark Hardwicke and Stephen Thorpe mysteries, as In from the Cold: The I Spy Stories. Both were published in 2012 under the JustJoshin imprint.

And now the time has come to write, with somewhat mixed feelings, that although I hope to continue contributing occasional reviews to the Lambda Literary Review, this will be my last GunnShots column. I reviewed my first mystery for LLR (Anthony Bidulka’s Amuse Bouche) in February 2004, when it was still a print journal, under the editorship of Lisa Moore. I continue to be passionately interested in the development of the gay mystery genre, but a very different project I am embarking on promises to take up an increasingly larger amount of my energy. Besides, ever since finishing The Gay Male Sleuth, I have more and more felt that it is past time to let someone else bring a fresh set of eyes to the gay mystery scene. I don’t think I will miss writing the column, but I know I will miss the contact with so many kind and generous people in the field: writers, readers, editors. I cannot tell you how much I appreciate your support and kind words over the years.