As the literary community braces for the arrival of David Sedaris’ latest satirical essay collection, Let’s Explore Diabetes with Owls (hitting stores April 23rd from Little, Brown and Company), Lambda takes a nostalgic look at some of Sedaris’ most hilarious and gut-wrenching stories.

There are many books that can make a reader blush. For instance when Humbert fantasizes about burying his head in Lolita’s plaid skirt in Vladimir Nabokov’s Lolita or when Rodolphe finally seduces Emma in a sultry glen on a warm summer day in Madame Bovary. Heck, even when Alex Kirby loses his virginity to the hunky Taylor Grayson in Fifty Shades of Gay. However, there is only one author who can turn his reader a deep scarlet while simultaneously making them laugh out loud at the misadventures of a potty mouth department store elf who is silently objectifying the other elves in the changing room. That author is David Sedaris.

I first read David Sedaris when I was a freshman at Florida State University. As a high school poet, I was trained to think the only literature that mattered was written by the classic authors: Emily Dickinson, Edith Wharton and Alexandre Dumas. All amazing writers in their own right, but each picked over by years of dusty scholars and redundant literary theory. I walked into ENC 1101 thinking I knew it all, and began reading Holidays on Ice. At the end of that first day, I felt like a four-year-old boy being lectured on the birds and the bees by his dad; except this time my dad was a Truman Capote-esque writer who found humor and irony in the crevasses of ordinary life. This is when I knew I was destined to learn all my life lessons from David Sedaris.

David brought something to the literary scene that was absent from the clunky and heavy high school textbooks. He made literature hip and nonchalant. You didn’t need long protracted prose to explain the human condition, nor did you need a sonnet to express your love to someone. All David needed was wit, sarcasm, and a keen sense of observation. Till this day I re-read his essays when I want to analyze social behaviors or if I am just in need of a good laugh.

David’s literary reign is nigh. In honor of the release of Let’s Explore Diabetes With Owls, we’ve compiled a list of David’s best essays. Below are the top ten stories that have made us laugh, cry, and, above all else, blush. 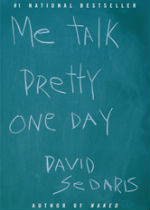 Me Talk Pretty One Day

The flagship essay of Me Talk Pretty One Day. It’s not the funniest story in David’s arsenal but it is a deeply revealing vignette that sets up the book’s thematic element of miscommunication. David finds himself returning to school in France at the age of forty-one unable to communicate with his abusive teacher. Eventually the need to retaliate overcomes language barriers and David finds himself speaking French. Spoiler alert: During a live reading of this essay, David said the teacher read the story and he was thrown out of the school as a result. C’est la vie!

A direct follow-up to his French class epoch, David and his classmates try to explain the Easter tradition to a Moroccan student. One of his Polish classmates leads the charge and describes Easter as a “party for the little boy of God.” The essay pokes fun at how ridiculous the tradition of Easter is to foreigners; however, when David is confronted with an equally ludicrous French fable of a flying bell delivering chocolate he concedes to his American tradition.

8. “Hejira” (Dress Your Family in Corduroy and Denim) 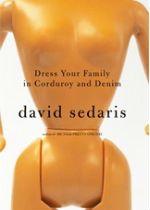 Dress Your Family in Corduroy and Denim

An unsung and extremely short essay in David’s acclaimed Dress Your Family in Corduroy and Denim. Why is this essay the only one from that collection on our list? Well, the story is about David’s father who kicks him out of the house for being gay. Initially David is unaware of this and assumes it was because of his habitual drug use. Anyone who reads David Sedaris knows he has a very complicated and often times very comedic relationship with his father. This essay isn’t describing the end of their relationship. On contrary, it’s only the beginning. This piece was truly ahead of its time and when put in the right context shows how far both men have grown to understand each other. 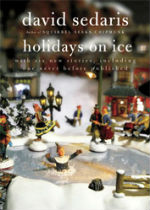 “Santaland Diaries” has become an urban legend. The story opens with David working as an elf at Macy’s in New York City at the tender age of thirty-three. What makes this story brilliant isn’t just David’s deadpan one-liners (as he observes, “Santa is an anagram for Satan”), but his ability to analyze the human condition in a velvet elf suit. This story is packed with a spectrum of social issues, ranging from the contentious “chocolate” Santa to a promiscuous elf named Snowball who is unsure of his sexual orientation. Pour yourself a whiskey on the rocks and read this one during Christmas. 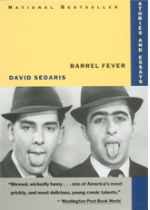 The fictional saga of a man named Glen who finds homophobia in just about everything he does. Dealing with a break-up, Glen falls for a young man name Drew at a local Quick Stop. The two strike up an unlikely friendship that quickly ends when Glen coerces Drew to stick a phone receiver down his underwear. This story will keep you salivating for more fictional Sedaris beings! 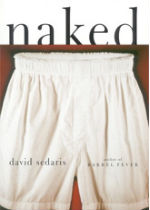 In one essay David capsulizes all the experience gay boys go through when coming to terms with their sexuality: speech therapy for emerging lisps and fear of defecating in public restrooms. It’s a first person perspective on the misplaced values of suburban life, and David draws parallels between racial and LGBT discrimination. Heavy stuff but you’ll find yourself laughing until dawn.

In this essay, an imagined baccalaureate speech at Princeton, David explores the fabled life of a college graduate trying to find his place in a world where a degree from one of America’s finest colleges is utterly useless. This story is so infamous, there’s even a disclaimer on his Wikipedia page that states he did not attend Princeton.

The death of a family pet leaves a hole in one’s heart that can never be filled. However, in the Sedaris household, when a guinea pig dies eulogies are kept short because as David’s mother puts it, “the world is full of guinea pigs. You can get another one tomorrow.” David describes growing up in the post-Lassie world as one of a revolving door of cats and dogs. The essay culminates with David having to put his cat to sleep after the vet suggests euthanasia. Stunned, David quite literally envisions the “youth-in-Asia” helping to manage his grief. What makes this story brilliant is David’s use of the family pet to examine the death of his own mother and how his father coped with her passing. Warning: make sure to have a box of tissues handy.

For you diehard Sedaris fans, you can see an early version of the story published in Esquire back in March 2000 before it was anthologized.

Our penultimate selection is a portrait of Mrs. Sharon Sedaris, David’s mom. A deeply personal and heartbreaking essay where David discovers his mom has been diagnosed with cancer. David tackles his fear of losing his family, be it to marriage or terminal cancer, as they all gather on a mountaintop for his sister Lisa’s wedding. The story ends with the haunting image of the Sedaris children talking about how they should have spent more time with their mother, all the while she sits in a motor lodge dying alone.

On a lighter note, this story is extra special to Sedaris fanboys because Amy Sedaris, David’s equally talented sister, narrates part of the essay for the audiobook version. It’s almost magical to hear both David and Amy scream in unison “we’re spoiled!” to their dad. It makes this time traveling road trip back to the Sedaris household all the more authentic.

1.” Old Faithful” (When You Are Engulfed in Flames) 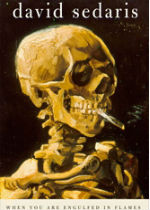 When You Are Engulfed in Flames

As if any Sedaris fan needs an introduction to this one. This essay is essentially a love letter to his partner Hugh. The story finds David in the midst of increased paranoia as a boil terrorizes his bum. As David ponders the probability of a “lower back cancer” diagnosis, he reminisces about the first time he met Hugh, and how they immediately bonded over fear of pierced nipples and group sex. David explores the notion of being an older gay couple in a world where they have nothing to talk about during dinner. The essay ends with Hugh valiantly lancing the boil off of David’s bum and rescuing him from further discomfort, but more importantly his own fears of monogamy. Theirs is a love story for the ages.