JM Redman has been honored with the New Orleans Gay Achievement Awards Lifetime Achievement Award for both her full-time work with an AIDS service organization and her writing (her Micky Knight PI series is set in the Big Easy). You can read about it  here.  JM’s most recent novel, Death of a Dying Man, won the Lambda Literary award for Best Lesbian Mystery.  Her next, Water Mark (Bold Strokes Books), is out this month. 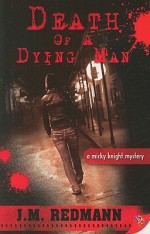 Speaking of JM and Bold Strokes, BSB’s new author blog has gone live, with a post by JM that explores the post-Katrina question, “How do you write about a city you live in but no longer know?”  More posts by BSB authors to follow.

Meanwhile, two titles by BSB author Radclyffe are finalists in The Heart of Excellence Readers’ Choice Awards sponsored by the Romance Writers of America Ancient City Romance Authors chapter: Returning Tides and Secrets in the Stone.  Secrets in the Stone was also named a 2010 Prism award winner by the RWA’s Futuristic, Fantasy and Paranormal chapter.

Scott Helm’s Mysterious Skin, a dark novel (and film) about a troubled teenager, a hustler who was once his best friend, and the heart-breaking truths of his childhood, has been adapted by Prince Gomolvilas for a provocative stage production from East West Players, the venerable Asian-American theatre group in Los Angeles.  Tim Dang directs a non-traditional cast of Asian actors portraying characters originally written as white.  The play will run from September 9 to October 10.

Jeanette Winterson, acclaimed British author of the Whitbread Prize-winning novel Oranges Are Not The Only Fruit, first published twenty years ago, has written a children’s thriller for the BBC, to be broadcast later this year.  Jeanette has been hard at work on other projects, including two books for children due out soon, a response, she told the Guardian, to “complete and utter defeat and depression” following a breakup with her longtime partner. 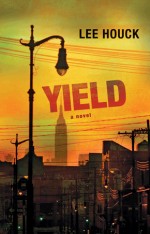 On the subject of Kensington authors:  Lee Houck has been racking up some nice reviews for Yield, his debut novel about a contemporary Manhattan teeming with sex and violence as seen through the eyes of a part-time hustler.  They include The Advocate (“…fast-paced, sometimes wrenching, often sharp-witted…”) and Richard Labonte in a forthcoming Book Marks column (“Brisk and buoyant, this engaging debut captures big-city hustle with small-town heart.”).

In conjunction with the upcoming West Hollywood Book Fair the city is honoring acclaimed lesbian poet, editor and educator Eloise Klein Healey with its annual Algonquin West Hollywood Literary Award.  The award goes to a living Southern California author who has made a notable contribution to literature.  Previous honorees include Mark Salzman, Luis Rodriguez and Aimee Liu. 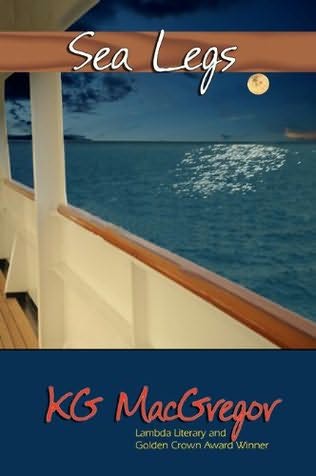 LGBTQ plays and musicals – and their creators and casts – scored heavily in this year’s New York International Fringe Festival Overall Excellence Awards.  The winners in all categories here.

Winning for “Excellence in Ensemble” was the cast of the TOSOS (The Other Side of Silence) production of The Five Lesbian Brothers’ The Secretaries, directed by Mark Finley.  The show – featuring Virginia Baeta, Elizabeth A. Bell, Jamie Heinlein, Karen Stanion, and Elizabeth Whitney – has extended its run this month as part of the Fringe Encores Series.

Meanwhile, TOSOS begins its Robert Chesley/Jane Chambers Playwrights Project for the 2010-11 season on September 25 with a free staged reading of Swan Adamson’s The Dads Get Married, directed by Mark Finley.  The series offers staged readings of new, classic, or contemporary GLBT works.

Eduardo Santiago’s short story, “Havana Hilton,” will be published in the PEN USA anthology, Strange Cargo, an Emerging Voices Anthology, which includes stories, poems and nonfiction pieces by Emerging Voices Fellows from 1997 to 2010.  Eduardo is also the author of the novel Tomorrow They Will Kiss (Little, Brown).

Yukon storyteller and performer Ivan E. Coyote (Missed Her) will join New Orleans comic Jessica Halem for a butch/femme California tour this month.  Here’s a youtube link to Jessica on being an early feminist and one with Ivan on femmes.  Check their websites for their tour schedule.

After selling out its second printing with Alyson Books, Arthur Wooten’s On Picking Fruit, a humorous novel about a gay man on a quest to find his soul mate, has been reprinted by the Author’s Guild. On Picking Fruit and its sequel, Fruit Cocktail, have been optioned for development as a TV series.  Another Wooten novel, Birthday Pie, an epic tale about a gay writer and his eccentric Southern family, is in preproduction as a film from Black Nexxus, with Phylicia Rashad starring and Debbie Allen set to direct.

Lavender Review now has its own domain, where Sappho recently stopped by to read her poem “Return, Gongyla.”  You can listen to it here.

In this month’s installment of “Left Field,” her long-running monthly column about AIDS and public health issues for A & U Magazine, Patricia Nell Warren interviews Nicholas Snow, an American entertainer and activist now living in Bangkok, where he has helped launch a worldwide HIV testing and safer-sex campaign.

Kathe Koja has a trailer up for her novel, Under the Poppy, a gay love story set in a Victorian brothel, due out from Small Beer Press next month.  A multi-media stage production at the Detroit Opera House is in the planning for next year. 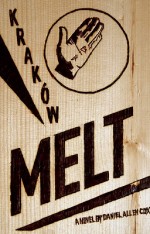 Lots of buzz around Krakow Melt (Arsenal Pulp Press), the second novel from Daniel Allen Cox following his Lammy-nominated Shuck. The new book revolves around two pyromaniacs who fight homophobia in Krakow, Poland during political upheaval there in 2005.  You can read interviews at Xtra.ca and Edge Boston and one of many positive reviews at Facepuller.  San Francisco’s A Different Light Books, in partnership with the San Francisco AIDS Foundation, has made Krakow Melt an October book club pick, and it’s being excerpted online this month by The Advocate.

The staff at In Other Words Women’s Books and Resources reviewed and recommended Let’s Get This Straight: The Ultimate Handbook for Youth with LGBTQ Parents, written by Tina Fakhrid-Deen with Children of Lesbians and Gays Everywhere (COLAGE), on the Just Out blog. Seal Press will publish Let’s Get This Straight next month.

Bella Books has acquired Tats, an offbeat lesbian love story by Layce Gardner. You might know Layce from her screenplay for Lifetime’s highly-rated movie Prison of Secrets. Bella plans to release Tats in 2011.

Palm Springs writer and musical stage director Ted Bacino has a website (www.TheShakespeareConspiracy.com) up for his new novel, The Shakespeare Conspiracy.  Published by Author House, it’s a gay love story involving Christopher Marlowe and his patron Sir Thomas Walsingham, with the Bard figuring in the mix of mysteries surrounding the two writers’ lives.

Jeri Estes, author of Stilettos and Steel, a fictional look back at San Francisco’s Tenderloin in the 1960s, has overhauled her website to include access to chapter one and other reader-friendly features.

Rick R. Reed has signed with MLR Press to publish his sixteenth novel, Tricks, a gay romance set in a strip club in Chicago’s Boys Town neighborhood.  Look for it later this year.

Butch is a Noun by S. Bear Bergman, originally published by Suspect Thoughts Press, has been reissued by Arsenal Pulp Press with a new afterword.

Loose Id will publish a trade paperback edition of Three Wrong Turns in the Desert, the first in Neil Plakcy’s “Have Body, Will Guard” adventure romance series, which had previously been available only as an e-book. For more on Neil’s gay mysteries, click here: www.mahubooks.com.

Medieval mystery author Jeri Westerson, writing as Haley Walsh, just signed with MLR Press to pen a gay mystery series, the Skyler Foxe Mysteries.  On the lighter side, it features a young high school English lit teacher who stumbles into murder.  The first book in the series, Foxe Tail, is due out later this year.  Jeri also blogs here.

Perry Brass reports that the Kindle edition of his gay guide, The Manly Art of Seduction, has been riding high on the Kindle charts in the reference book and Gender Studies under Men categories.  It’s also being sold on UK Kindle.

Joe Openshaw has a video trailer up for Those Others: Navigating the “Riddle of Homosexuality” in 1965, his novel about a young man in DC in 1965 coming to terms with his sexuality.  Joe has also revamped his website to include the video and other features.  He’s also got a blog and a nice review of Those Others.

IMRU, the long-running LGBTQ radio magazine at KPFK-FM in Los Angeles has moved to an official Facebook page.

The September issue of Out includes interviews with Lambda Award Finalist Erastes and Alex Beecroft about straight women behind gay erotica – even though, Erastes says, “I told them several times that I am not straight by any means!”  Erastes has been promised a correction for the online version. 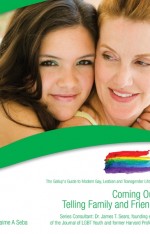 Educational publisher Mason Crest  is creating a series of 15 books geared toward young adult students and older readers that focuses on “gay lifestyle” topics, presenting gay life as natural, not as an issue (pictured right).  First up is The Gallup’s Modern Guide to Gay, Lesbian & Transgender Life, due out this fall.

Shattered Applause: The Lives of Eva Le Gallienne, Robert A. Schanke’s biography of the legendary lesbian stage actress, producer, and director during the first half of the 20th century, has been reissued by Southern Illinois University Press. First published in 1992, in the year following Le Gallienne’s death, the book was a finalist for the 1993 Lambda Literary Award for Best Lesbian Nonfiction.

Until September 10, Kathryn Shay is on a “virtual book tour” for her novel The Perfect Family (Bold Strokes), the heartwarming tale of a teenaged boy coming out in a small town.  [Details via pumpupyourbook.com]

Nicola Griffith’s short story, “It Takes Two,” was reviewed in the Wall Street Journal by Martin Morse Wooster, who found her tale of a female software exec falling in love with a female lap dancer “neatly constructed, intellectually challenging and smoothly written.”  It’s nominated for a Hugo Award; the winner will be announced September 5.  [via: asknicola.blogspot.com]

Gay author Paul Harris and his book, Diary From the Dome: Reflections on Fear and Privilege During Katrina were featured on the front page of the Los Angeles Times on August 30, leading off a piece that looked back at the horrific hurricane. [via LA Times]

Finally:  As a member of the planning committee for the 9th Annual West Hollywood Book Fair, it’s my privilege to again invite you to join more than 300 authors and celebrities and 20,00-plus visitors in West Hollywood Park on Sunday, September 26 for a celebration of reading, writing, and literacy.  If you need a final nudge, here’s our video PSA.  Come on by!