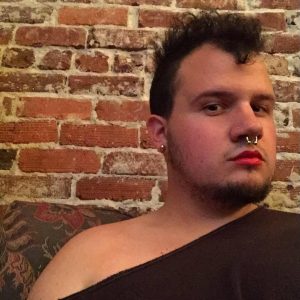 Nelle Tankus began her writing career in an unexpected way: writing lyrics to songs for her high school band when she was 15. Thinking nothing would come of it, she attended Cornish College of the Arts to pursue her first passion, musical theatre. This quickly turned around, and by her junior year she was accepted into the Cornish original works program and hasn’t stopped writing since. She has had her work produced with Fantastic Z Theatre, Seattle 1-Minute Play Festival, Annex Theatre, RiOT Productions, Gay City Arts, ‘Mo Wave Queer Arts Festival, and readings with MAP Theatre and Fuse Theater Ensemble in Portland, OR. She loves cats, loud music, black licorice, queerness. She is excited and honored to join Cherrie Moraga and other queer writers on this retreat.