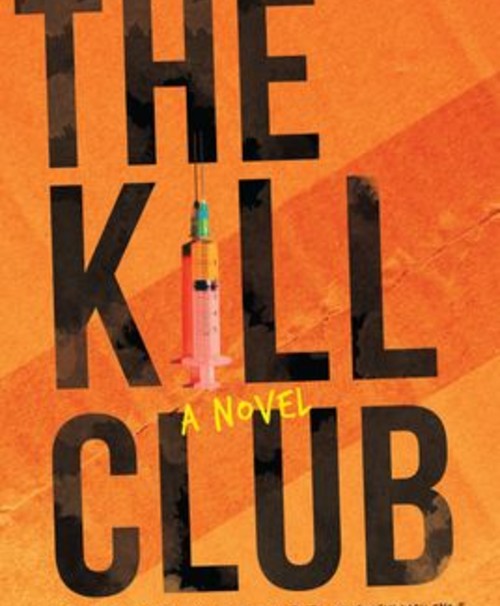 Crime fiction can explore complex social and moral questions without sacrificing compelling storytelling. It can make us reflect on ourselves or the world while maintaining a tight grip on our attention. When it’s at its best, the act of turning the pages implicates us, as if our bond with the main character is tangled up in unresolved questions we have about ourselves: What would we do in a similar situation? In Kill Club, Wendy Heard’s excellent sophomore novel, the question that we’re being asked is: Would you kill a stranger to save someone you loved?

Jasmine “Jazz” Benavides’s 13-year-old brother, Joaquin, is still trapped under the thumb of their abusive foster mother, Carol Coleman. A violent religious fanatic, Carol has taken Joaquin out of school and, in line with her extreme beliefs, refuses to provide him with insulin for his juvenile diabetes. If Joaquin doesn’t get his insulin soon, he will die. The bureaucratic machinery of the Department of Child and Family Services moves too slowly to help. Jazz, a clerk at Trader Joes, is barely getting by on her own and doesn’t have the financial resources or influence to advocate for Joaquin’s situation. She’s out of options until she receives a mysterious call from someone offering to help: an underground group who, taking a cue from Patricia Highsmith’s Strangers on a Train, organizes “helpers” to swap out murdering their abusers. Jazz can have Carol eliminated if she’s willing to kill a stranger no-questions-asked. Of course, as you might suspect, agreeing to swap murders is a dangerous trap, both literally and morally.

Heard co-hosts a podcast called “Unlikeable Female Characters” with thriller writers Kristen Lepionka and Layne Fargo. The podcast is chiefly about how female characters who challenge cultural norms are often labeled by the publishing industry and some readers as “unlikeable.” The hosts often discuss how “likable” is often synonymous with gender-conforming roles developed my patriarchal structures still alive and well in our culture. Heard’s creation Jazz Benavides resonates deeply with this conversation; she is queer, tough, and independent. When backed into a corner, she fights. When knocked down, she gets back up. She has agency, wit, and vulnerability—ergo, she is wonderfully “unlikeable.” Even as she’s wading into a moral gray area, we’re with her, which is perhaps, the black magic of the novel. We bond quickly with her. We feel outraged by her story of victimization, a story which is based on real events, so Heard mentions in her Author’s Note. As we fall for Jazz, we almost forget to question her dubious choice to become a “helper.” After all, wouldn’t we do the same thing? Sure, we would. Right?

Los Angeles is the other main character. Not the LA of popular imagination, but working-class LA, at times gritty, at times beautiful. Her supporting cast of characters, many of whom are women, each having a distinct texture and moral point-of-view, seem to be the living embodiment of the city and all its social ills and ethical dilemmas. Jazz represents an attempt to cross those rough moral waters. Whether she succeeds by the end of the novel is for you to read and find out—which I suggest you do.