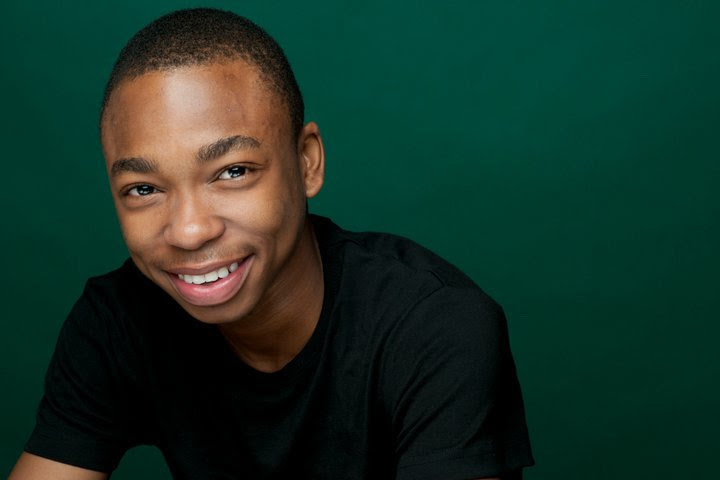 Samson Bonkeabantu Brown is not just a playwright, not just a performer, not just an advocate; he can’t be fully described in a simple introduction. He puts it succinctly when he describes himself as a “Jamal of All Hustles.” He’s been active in the Toronto theatre scene for years and has focused on using his artistic talents–playwriting, performing, dancing, and production management–to create visibility for men of trans experience and to educate the general public on trans issues. Actually, that’s more than likely how you know him, if you haven’t been following the Toronto theatre news–in late May, Gillette released a video starring Brown.

The video ran with the caption “Whenever, wherever, however it happens–your first shave is special” and portrays one version of the often hard-won experience of a transman’s first shave with Brown’s father there to support and supervise the task.

We had already highlighted the premiere of Brown’s monodrama 11:11 for Queer Stages, so I was excited to have the opportunity to ask him a little about his show, his advocacy, and his work with Gillette in this interview.

Okay, first I want to talk about your artistic process; you’ve been vocal about the influence of ancestral ties on your work. Have you always felt this strong connection with your own ancestral background? How has it developed in your life? How has it played a role in your art?

While I’ve been gifted with messages in my dreams from childhood, I actually didn’t know that the people providing me with messages were my ancestors. I thought they were just random faces and people likely from whatever I had watched on tv before going to bed. But after looking through family photo albums and talking with my mum and dad over the years, I learned who the people were in my dreams and how they were connected to me. Learning this helped me differentiate which dreams were actually rubbish and which ones I needed to pay attention to. So, my ancestors warn me, protect me, confirm things for me. They provide me with text for my scripts, ideas for direction, and instruct me on who is to be a part of my creating team.

My ancestors are the reason why my arts practice is where it’s at now. All of it is due to their messages and instructions, as well as my commitment to serving them. My art is not just mine; it is my ancestors as well.

Let’s talk about 11:11, which premiered early this summer. The monodrama depicts the protagonist wrestling with ancestral messages in his dreams. How did the concept of this piece come about? Can you talk about how it developed while you were working with d’bi.young anitafrika?

The concept for 11:11 actually came about through the dreams that I was having. This gift has since extended past my dreams and into my waking life over the last couple of decades. The exploration of the meeting place of the spirit world and the real world is at the crux of both my life and my arts practice. So, when my ancestors instructed me to tell the story of a young, Black transman who is struggling to obey the ancestral messages in his dreams, my ancestors were really instructing me to tell the story of not just my transition, but the story of my life.

In 2015, I was an artist-in-residence as part of the transdisciplinary arts practice cohort at the black Canadian theatre conservatory, watah, which was founded by d’bi.young anitafrika. At watah, d’bi taught us the anitafrika method as part of the mentorship we received in how to create a bio-mythical monodrama.

I began writing the first draft of 11:11 at that time and continued that draft in three stages, with each stage being part of readings at watah festivals. After every reading, my ancestors and I took part in post-show talk-backs, and the feedback we received from those talk-backs provided me with a lot to think about after we finished the final showcasing of the first draft in 2016.

This second draft which was premiered on May 27th, as part of Why Not Theatre’s RISER project, with dramaturgy and direction by d’bi using the anitafrika method. d’bi and I would have video conference calls and phone sessions where we would look at the new edits that I had made, and she would provide me with homework to complete.

Speaking of, let’s talk a little more about your editing process. An earlier version of 11:11 was published in Black Solo 2: Watah Anthology of Contemporary Canadian Monodrama. How has the piece changed since then and how have you incorporated your ancestors into those changes?

This piece has changed greatly since it was published in Black Solo 2. This most recent draft is the result of years of work since finishing up my artist-in-residency in 2016. The readings and post-show talk-backs that my ancestors and I went through in 2015/2016 (coupled with the ongoing dramaturgy with d’bi) led to endless dreams filled with messages and countless script revisions.

My ancestors instructed me on which characters needed to be removed, which ones had something to say and so they needed to be added, and many character names got changed. The homework I received from d’bi where she asked me to put the main character through the anitafrika method really helped with fleshing out the main character. My mum studied anthropology in university, so she helped inspire some of the text as well. So much has changed in the piece since Black Solo 2. It is truly like a whole new show.

11:11 is described as exploring the “other side of fear.” What does that concept mean to you?

Every individual has a relationship to fear. What each individual fears may be different, but I believe that when we commit to exploring what our fears are and why we fear those things, we choose to engage in a beautiful way with that relationship. And often that choice to engage can result in a new relationship with what we feared.

How does performing your own work differ from performing someone else’s? Have you found yourself trying to revise or edit while you’re in your performer role?

I find that with performing my own work, there is a relationship to freedom and spirit that I get to experience that I don’t quite experience in the same way when performing the work of others. As for revision or editing while in performer role, I don’t feel as though I try to do either. I recognize that the text is as my ancestors wish it to be, and as such, I do everything in my power to honor the words that my ancestors gifted me to write.

As a creator, do you feel any pressure to represent all trans people, particularly the trans people of color?

Do you feel a responsibility to educate cisgender people about the trans community with your work? How do you take on that challenge?

My ancestors have asked me to use the art and the platforms they have provided me with to educate only the cisgender people that wish to be educated about the trans community. That is my contract with my ancestors and upholding my end of this contract is my responsibility. So, to fulfill that contract, I facilitate talk-backs with the community after each of my performances. The community is free to ask questions respectfully, or to share their thoughts on what they’ve witnessed, and I answer their questions honestly. More often than not, the results of the talk-backs lead to dispelling the belief of the trans experience as one that is the same no matter who you encounter.

Let’s talk Gillette really quickly. How did that collaboration come about?

Gillette was looking into having conversations with transmen about how shaving plays a role in the lives of transmen. I indicated an interest in having the conversation, and Gillette thought that I brought a different perspective to the conversation.

How much input did you have on the creative process of the video?

I didn’t have much input on the creative process. The director (Angie Bird) and much of the creative team for the video are also part of the queer community, so the conversations we had before shooting filled me with the knowledge that I could trust their creative process. I definitely did not think it would go viral, but I’m grateful that the story got told.

What has your experience been like since the video came out?

My experience since that video came out has been a blessing. I’ve received and am still receiving messages and friend requests from people around the world. I’ve gotten quite a few messages from people telling me what the video means to them and the trans people in their lives, which is a blessing. I’ve been fortunate to go to Cannes for the Cannes Lions and speak to a panel of jurors about the video. I’ve been able to go to New York for World Pride and take part in the parade. I’ve been asked to do some speaking engagements. I’ve been asked to do this interview. I’m continually blessed with opportunities to do my ancestors work.

You’ve been clear that trans advocacy is important to you and that you try to use your art to create visibility for trans people and educate on trans issues; do you hope to work on more projects like what you did with Gillette?

I’d love to work on more projects like the video with Gillette. I think that all trans people around the world need to see people who share a similar identity to them take up space in different industries. I’ve been told that my work with Gillette has helped to facilitate that, and that makes me happy. Just like I’ll be happy to work with anybody who is earnest in their desire to assist with making space for trans people.

Next up, I am in and out of town a lot. I have a few stage management gigs supporting artists in theatre and dance. During the earlier part of fall I’m speaking at different events around the topics of authenticity, my arts practice, and advocacy work. Then assistant directing a theatre show for young people leading into the beginning of winter. As always, I’ll be following instructions and doing my ancestors work.

Samson Bonkeabantu Brown can be found on and off stage around Toronto. 11:11 completed its limited run in early June to high praise. An earlier version of 11:11 was published as 11:11 A Monodrama in 7D in Black Solo 2: Watah Anthology of Contemporary Canadian Monodrama in 2017.

Ari Banias: On His New Poetry Collection and Trans Representation in the Larger Culture
Tom Spanbauer: Truth Through Fiction
Bruce Benderson: Against Marriage