‘Two Wings to Fly Away’ by Penny Mickelbury

‘Two Wings to Fly Away’ by Penny Mickelbury 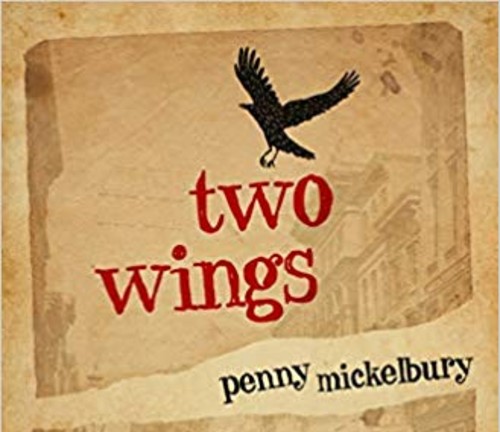 Two Wings to Fly Away opens in 1856 Philadelphia with the terrifying words “Slave catcher!” Eugenia “Genie” Oliver is heading home dressed as a man when she hears the hissed phrase. Instead of continuing on her way, Genie immediately changes direction to confront the white man chasing the boy who delivered the warning. Ezra MacKaye is not a slave catcher, however. As a former Pinkerton’s and now a private agent, Ezra just wants to talk to the boy, Eli, to get information about a rich man’s son who’s gone missing. Genie believes Ezra (who, in turn, believes Genie to be the man she’s disguised as), and agrees to help him.

The next day, Ezra stops a couple of actual slave catchers from stealing a young, free Black girl named Elizabeth. When he returns Elizabeth to her mother, Maggie, he meets Abigail Read, a white woman who runs the boarding house where Maggie works, and Ezra moves there shortly after.

When Genie goes to the boarding house to talk to Ezra, she also meets Abigail, whose friendship will change her life forever. Genie has to decide if she can trust Ezra and Abigail with her true identity: a woman and a runaway slave who runs a dress shop by day and is part of the Underground Railroad on the side, helping Harriet Tubman get slaves to freedom. Her trust pays off because, with them, they have a shared purpose and Genie finds community and love like she’s never known before.

If it sounds Two Wings to Fly Away has a lot going on, that’s because it does. However, the information is delivered so carefully and deliberately that it’s easy to follow and get engrossed by all the different threads of the story. The writing style is often lyrical and almost cinematic, delivering a clear picture of Genie, Ezra, and the rest of the cast of characters as they go through their days in Philadelphia of so long ago. (Hollywood, take note: this book would make a fabulous film.) For example, when Genie is going to investigate the man chasing Eli at the beginning:

Dressed as Eugene Oliver as she often was, because even a Black man was safer than a Black woman alone, she moved with purpose toward the danger coming her way. The white man slowed his gait from a trot to a long-legged stride as he entered Thatcher Lane. Definitely looking for someone. His head swiveled from side to side. His eyes searched but found nothing but shuttered windows and barred doors. Genie was annoyed with herself. She should have heard the danger in the silence. It was supper time in Thatcher Lane. There should have been the clamor of children and women, the clatter of horses and wagons. There should have been the call of the lamplighter. Instead there was the silence of fear that only the presence of a white man could bring. And the anger. That was more dangerous than the fear.

The character work is deep in Two Wings to Fly Away, especially for Genie and Ezra. We get to know them very well and understand what makes them tick, while also getting a taste of what life would have been like for a runaway slave and a white person who would help to protect them. Crucial to the character development for Genie and some side characters are brief flashbacks into experiences that are foundational to who they are in the present day. These snippets themselves are like episodes of a spin-off show and are just as gripping as the rest of the book.

One issue to know about is that the perspective sometimes shifts between characters in the same scene without warning, and this happens many times throughout the book. While it’s helpful and valuable to get those different perspectives, the reading experience can be jarring when it happens because there are no extra line breaks or typographic symbols to let the reader know what’s happening, at least in the digital version.

Also, notable, but not an issue, is that Two Wings to Fly Away is not a romance. There is a romantic element to it, but don’t pick up this book expecting a lesbian romance novel with graphic sex scenes. Unfortunately, lesbian fiction is often perceived as all romance when it’s often not, so please go into this wonderful book expecting exactly what it is: a layered, deftly written historical novel.

Anyone excited about the forthcoming film Harriet should pick up this book and enjoy it while they wait. And anyone who enjoys a brilliantly written, thought-provoking read should also get it because they won’t be disappointed. Historical fiction like this doesn’t come around often and it shouldn’t be missed.