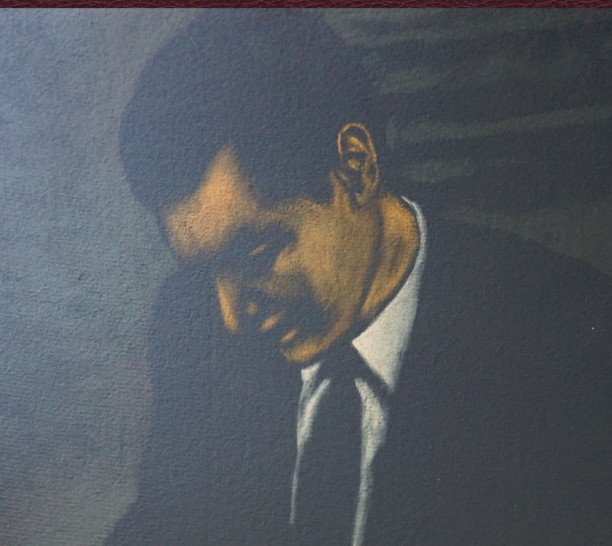 Podcasts are more popular than ever. As a storytelling medium, they’re versatile and democratic. Well aware of their potential, writer Michael Nava has adapted his novel Lay Your Sleeping Head (2016), a revised version of his 1986 debut The Little Death, into an eighteen episode season, launching January 15th. Nava’s richly textured noir-hero Henry Rios, a lawyer in the Bay Area in the 1980s, remains a unique figure in crime fiction: a gay Latino protagonist. On the page—and now in a powerful new podcast—Rios is as urgent and relevant as ever.

A few years ago, the copyrights on his eight Rios novels reverted to Nava, prompting him to revisit his series. What began as a copyedit of his first novel morphed into a total revision. In re-imagining his debut, he highlighted Rios’ sensitivity to socioeconomic issues and gave him a greater awareness of the injustices and erasures embedded in American history. He also integrated more explicit sexual content, which in the ‘80s he omitted fearing his book would be labeled pornographic, a typical double-standard of the publishing industry. Most significantly, he emphasized and merged Rios’ identities as a Mexican-American and a gay man, portraying his isolation more acutely. “If you’re a queer person of color,” Nava commented, “you’re isolated, particularly if you’re a member of the professional class, which is still dominated by straight white people.”

Through the years, Nava’s Rios novels have been frequently optioned by film production companies, but the novels have never been adapted. Unsurprisingly, the film industry hasn’t been prepared to support a project with a queer Latino in the leading role. Nava, however, always hoped to have his novels translated into another medium. While listening to the popular, Peabody awarding-winning S-Town, Nava decided that a podcast would be the right medium for his series. Under the umbrella of his new publishing company, Persigo Press, he set out to develop the first season using his own financial resources, hoping his innovation might pave the way for other writers. First, he had to translate Lay Your Sleeping Head into a traditional radio-show script, which meant cutting exposition and interiority while streamlining his dialogue. Then he rented studio space in the Bay Area, hired director Russell Kaltschmidt, and cast the lead roles of Rios (Armando Rey) and Rios’ doomed love interest, Hugh Paris (Cameron LaBrie). He also found the freelance composer and sound effect specialist Josh DeRosa online. The result is an electric combination of storytelling, voice-acting, and noir-ish ambiance, unified by DeRosa’s score, reminiscent of Jerry Goldsmith’s haunting music from Chinatown. It was an expensive, time-consuming, and labor-intensive the process. Nava hopes the podcast will gain momentum and eventually find outside funding.

Since Nava and Rios are both gay Latino lawyers, readers often equate the two, even Nava himself, so hearing Rey’s Rios for the first time was an unusual experience for the author. Rey, who is also American-born and of Mexican descent, has a slight Mexican accent. Nava does not. When Nava first heard Rey, he said, “Rios doesn’t sound like that, he sounds like me!” Now, he knows Rey’s Rios was the right choice: “I want people listening to the podcast to listen to him and say, ‘Oh yeah, he’s Latino.’ I wanted them to know he’s not some white guy.”

Nava’s new Rios novel Carved in Bone will be out this fall from Persigo. Set in November 1984, it follows Lay Your Sleeping Head chronologically, filling in the gaps in between previous novels. As a nod to Joseph Hanson’s Brandstetter, Nava has Rios working as a freelance claims investigator for an insurance company. In the Castro, a gay man has died of carbon monoxide poisoning as the result of a gas leak, but his lover has survived. Rios, of course, suspects it wasn’t an accident. Carved in Bone explores the generation of gays who found refuge in the Castro on the horizon of the AIDS epidemic, a subject with which Nava is well acquainted. He hopes to generate the resources to make this new novel into a podcast, as well. If Lay Your Sleeping Head is an indicator, let’s all hope that comes to pass.

Henry Rios Mysteries: Season 1: Lay Your Sleeping Head, 18 episodes
Written and Produced by Michael Nava
Persigo Press
Available on iTunes, Overcast, or wherever you listen to your podcasts,
January 2019

'Infringe' by Sarah B. Burghauser
'I’ll Tell You In Person' by Chloe Caldwell
Observations about LGBT Literary Heritage in 10 Rants