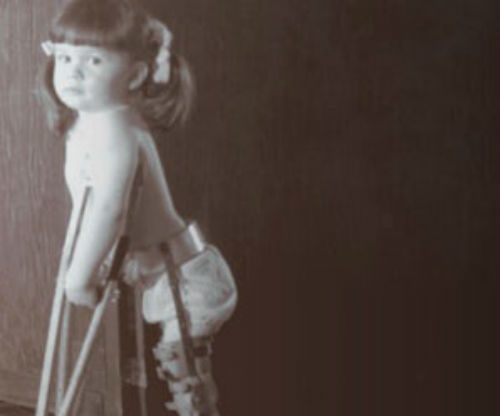 “I remember always seeing the underneath of things,” begins “May or May Not,” one of the series of vignettes in Sandra Gail Lambert’s memoir, A Certain Loneliness. She is describing, in this instance, the underside of the tub in her teenage home in Norway, where she is about to swing herself over the edge and into the water, to soak and drink (with pilfered beer) away her hangover. Here, as in the rest of Lambert’s work, there is a lushness of detail that vivifies the world: “swaths of precious summer light through the window,” she recalls, “glinting on faucets, creamy over the porcelain, slicking the tiles.” That last detail adds a hint of subtle danger, the kind of understated menace that must be known from experience. And experience it all Lambert does. Despite the slimness of A Certain Loneliness, the book offers an uncluttered vision of Lambert’s life—chronicling hardship and beauty, struggle and wonder, solitude and community.

Lambert is, among other things, a polio survivor, a former bookstore owner, a lesbian, a Floridian, a kayaker, a nature lover, and all of these aspects of herself inform the short essays that comprise A Certain Loneliness. The pieces included here range on topics from objectification of the female body to adopting a dog to throwing dinner parties, and though they stand alone (indeed, many of them have been published in Brevity, Alaska Quarterly Review, Arts & Letters, and other places), they also weave together the way a tapestry might, allowing each thread to form a unified image. As the narrative progresses, it begins to loop, returning to some themes again and again from different angles—accessibility being a big one, confronting one’s limitations being another, both alongside Lambert’s progression from crutches to manual wheelchair to power wheelchair. There is a glorious reverence for the natural world throughout. The triptych “Atlanta,” literally returns to the same street corner decades apart, as Lambert watches it progress from lesbian bar to grocery store to emptiness.

Emptiness is not the same as loneliness, of course, but they do complement each other. The emptiness here isn’t bleak, not entirely; it holds memories of the past and hope for the future. As I read, I returned again and again to the word certain in the title, turning over its possible meanings. Does it mean certain, as in “for sure?” Or does it mean certain, as in “of a specific flavor?” In the end, I decided it must be both. That loneliness, for Lambert, is both jail and freedom, not unlike her wheelchair. And while Lambert may express anger and frustration over her life, her keen ability to capture those emotions alongside the fierce desire and wonder of being alive show the complexity of a life well lived.

Lambert’s sensuous writing is not unlike the water she returns to again and again: fluid yet direct, supple and strong. A Certain Loneliness is about the failure and triumph of the body—in Lambert’s life the former has often preceded the latter—and while her work is an important addition to the canon of disability studies, it should not be pigeon-holed as such. Lambert writes with a studied aloofness and matter-of-fact tone about a body that constantly generates conflict with itself and the world around it. There is a rich practicality to her wisdom, and a pure, knowing access to physicality despite that physicality’s limitations: I’ve only rarely seen these things so well captured on the page. But A Certain Loneliness isn’t written to inspire or mollify its reader; it is enlightening, yes, but it is a book written for itself, without the need to please, and because of this bravery, it succeeds mightily.

Read This! The Third Issue of ‘Nepantla: A Journal Dedicated to Queer Poets of Color’
'Miracle Girls' by MB Caschetta
'Equality: What Do You Think About When You Think of Equality?' Edited by Paul Alan Fahey