‘At Night Only’ by Christopher Stoddard

‘At Night Only’ by Christopher Stoddard 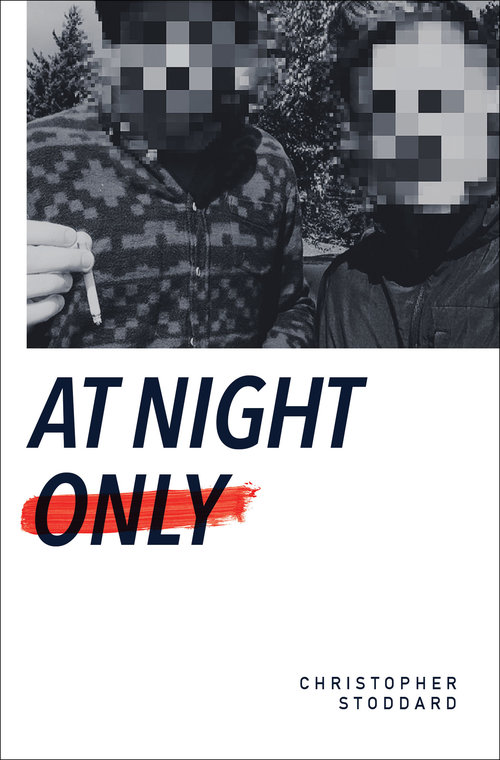 At Night Only is a fast-paced, sometimes frenzied look at New York City’s artistic and corporate worlds through a lens of drugs, dysfunction, and mental illness. At its heart is an unnamed narrator whose gender is never specified—making it a timely and provocative statement about sexuality in our current zeitgeist. Christopher Stoddard’s unnamed narrator inhabits the darker, modern underworld of New York’s party and club scene, which is peopled with characters who embody contemporary, urban high life in all its pleasures and their sometimes exacting price.

Two men in particular simultaneously alienate and embrace Stoddard’s narrator. First is Pedro, with whom they are obsessed, but only sees them as a friend, thwarting them when they try to get closer. The narrator risks both their sanity and their position at one of the city’s hottest ad agencies following Pedro on a drug-fueled odyssey through New York’s avant-garde art scene. Pedro not only produces glaringly modern art, he performs and lives it. Pedro’s life is his creation and the people around him merely bit players in his narrative. Pedro takes everything from our narrator but gives nothing in return, ultimately rejecting him.

The narrator’s inner and outer lives are chaotic. They chase what they can’t have and aren’t satisfied when they get it. Shaping their perspective is a constant cocktail of both prescribed and recreational drugs. There are both serious mental health issues and childhood trauma at play. Stoddard vividly illustrates what problems can arise when the two are mixed, as well as what happens to someone with deep psychological issues when they do not maintain any semblance of self-care.

It’s with these issues that the main character dives right into a second dysfunctional relationship. This time, it’s with a stunningly handsome, but hopelessly narcissistic young actor whose star is on the rise. He has an endless need to be worshiped and adored and our narrator has an endless desire to both worship and adore another. Sex and drugs seem to be the glue that holds the couple together and the actor is prone to expressing his anger and frustration, both of which he carries in surplus, physically. Stoddard’s main characters and their relationships are deeply flawed; the old ideas of romantic love are left off the table in these pages. Yet, we can’t look away, the narrative is dynamic and the characters powerfully rendered. You don’t root for them; you hope they won’t end up killing each other. The narrator’s descent into his own madness and dysfunction, while startling, is handled with an empathetic touch.

The device of not assigning the narrator a specific sexuality, gender, or name is executed brilliantly. Some readers might not be able to help but project onto the narrator whatever boxes of sexuality and gender that they identify with, but they will be left constantly questioning that choice. Stoddard cannily leaves you with questions of what “normative” thinking really means and how limiting a conceit it can be both in life and within a work of art. The author also provides a vivid snapshot of the clashing sensibilities of New York City’s party scene and its rapidly gentrifying culture. With its gorgeously flawed characters and complex, struggling relationships, the novel provides an unconventional portrait of New York, one in which creativity still thrives and where living one’s life can be its own troubled art, its own statement.

'Before and Afterlives' by Christopher Barzak
The Banal and the Profane: Sybil Lamb
A Poem by Sophia Dahlin