‘My Lady Lipstick’ by Karin Kallmaker

‘My Lady Lipstick’ by Karin Kallmaker 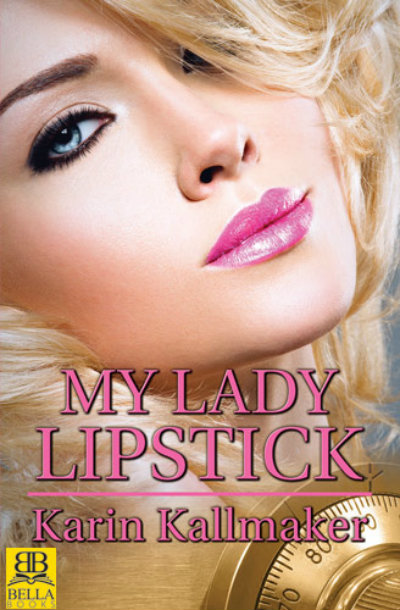 Paris Ellison has dealt with anxiety issues all her life, recently made worse as a result of a traumatic experience which sent her into hiding. However, during that time, she’s remade herself as an extremely successful author. Under the pen name Anita Topaz, the preeminent writer of heterosexual romance novels has done well for herself. As My Lady Lipstick opens, we meet Paris in her kitchen in a brownie-baking frenzy as she tries to ward off an anxiety attack over “Anita” having been summoned by her new publisher to make a very public appearance.

Diana Beckinsale is a bit of a chameleon. She’s an actress who calls herself Fiona but her small time acting career is only a cover. In reality, she’s also a Robin Hood of sorts. In fact, the real Diana is neither of those—or both. When she’s not acting in some classical play or taking ancient collectibles from people who shouldn’t have them to return them to those who should, she’s Lady Diana Beckinsale from just south of London, a woman of means who hasn’t quite found herself.

When Paris and Diana meet in Mona Lisa’s bar, it’s kismet—and it comes with big problems and instant attraction that both women spend a great deal of energy trying to deny. While these two dance around their initial allure, the mysterious circumstances surrounding both their lives begin to unfold.

Paris doesn’t want to get involved with Diana, especially as she discovers the woman is a paradox couched in fiction. There’s part of Diana that’s confused about her feelings for Paris, and even though she continually finds herself intrigued by the woman, she’s not quite sure what to do with her reactions. However, when Diana finds an opportunity to embark on her next adventure, she makes a proposition, which Paris rejects as an implausible solution to her impossible situation. Thus an entirely different, unexpected quest begins.

Diana’s interactions with her family and Paris’s relationship with her delightful senior lesbian landladies gives us new insights into the characters. Paris’s handling of her panic attacks puts us in her skin. Diana’s ruminations expose her as someone who is searching for something. A love-making scene, encountered from one character’s point of view as an experience of her feelings, rather than watching the physical actions, is a refreshing perspective, removing the voyeurism and putting us directly into the scene. Both Paris and Diana’s inner voices give us insights into their minds and hearts, while the snappy dialogue and witty narrative help move the story along, making it difficult to put this book down.

As Paris works to overcome her fears, she begins to find a new inner strength. Diana also begins to evolve. However, she takes a bit longer—and, if she doesn’t figure it out quickly, she may lose the first chance at real love she’s ever had.

Supporting characters, bartender and confidante Lisa, landladies Adya and Grace, and Diana’s demanding but insightful mother, are strong characters with distinct and fascinating personalities who help tell this story, while content to let the main characters play their starring roles. Another minor character is Hobbit, the cat. Paris’s “conversations” with him are genuinely hilarious and so like the way we animal-lovers speak to our pets, making these scenes a delightful break in the tension. The incorporation of ethnic characters is timely and well placed in this story, with Paris as a woman of color and Diana’s step-father with family origins in India.

Kallmaker fans and newcomers, both, will delight in this new tale. It has a well-written plot with innovative character drama and a love story that doesn’t disappoint. The romance sparkles, the characters are enchanting, and their struggles are fascinating. Don’t miss the distinctive pink cover, likely a tongue-in-cheek reference to “Anita’s” grumble about her own covers! My Lady Lipstick is an intelligent and charming work that’s sure to please.

Sara Jaffe: On Her New Novel 'Dryland' and Tapping into the Adolescent Mindset
'He Do the Gay Man in Different Voices' by Stephen S. Mills
‘The Horizontal Poet’ by Jan Steckel