A Poem by jayy dodd

A Poem by jayy dodd 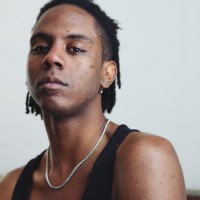 This week, a poem by jayy dodd.

Us is a big word. I wanna chew
on it.  So  it’s easier to swallow.
But only if  jawbreakers can be
made marshmallows.

You  are  a  big  idea.  And  We
seem  too large  to  hold in one
hand. They watch the ways we
learn fresh tongues and  hums
meaning Us.

jayy dodd is homeboy writer and poetry editor from Los Angeles, now based in Boston. his work speaks to survivals of soft black boys. his chapbook [sugar in the tank] is forthcoming on Pizza Pi Press early next year.